From the Department of Where Are They Now?

‘K so, a few days ago the newly-appointed boss of Australia’s Worst Union (AWU) was profiled in the local rag. And according to it, Paul Howes is a former Trotskyist. Actually, the story is a gold mine for leftist trainspotters… 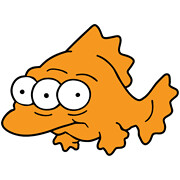 PAUL Howes was barely into his teens when France’s insistence on testing nuclear devices in the Pacific propelled him into the world of far-left demonstrators. He joined Resistance and the Democratic Socialist Party, which meant, effectively, that he was a Trotskyist.

A bit over a decade later, he represents 130,000 mainly blue-collar Australian workers, and he has journeyed a long way from the left and from any ideological objection to the nuclear industry.

These days he insists Australia has to have cheap energy to ensure it maintains a manufacturing industry and advocates a bipartisan debate on whether Australia should embrace nuclear power. “No one with any credibility disputes climate change,” he says.

“If we are going to be a country that makes things — and we have to be — then we need power, we need power that doesn’t produce excessive greenhouse gases, and so we have to look at nuclear power.

“I don’t know if nuclear is the answer, but we have to talk about it sensibly.”

Mr Howes, at age 26, is the new national secretary of the Australian Workers Union.

In a few short months, he has replaced Bill Shorten as the chief of the nation’s biggest and most powerful blue-collar union, moved the union’s headquarters from Melbourne to Sydney and has hardly paused for breath in his passion to persuade anyone who will listen that Australia has to continue to manufacture goods from the minerals it hauls out of the earth.

A strong and innovative manufacturing sector, he says, is the key to Australia’s continuing prosperity.

Many in the industrial movement were sceptical about the idea of a baby-faced member of generation Y taking over the nation’s oldest union, established in Ballarat in 1886.

But Mr Howes had already packed a lot into his young life. He left an unhappy home in the Blue Mountains for no fixed address in Sydney three months before he turned 15, bought a couple of copies of Green Left Weekly and began mixing with the radical fringes of the left while working as an insurance clerk.

At 16, he found himself at the World Festival for Youth and Students in Cuba, where he fell out of love with the communist ideal.

“I decided that if I wanted to change the world, I didn’t want it to be like Cuba,” he says. He suddenly discovered he wasn’t a socialist after all, but a believer in a capitalist democratic system with a bent towards social justice.

Soon he was a researcher at the NSW Labor Council, then transferred to the AWU as an organiser. It wasn’t long before Bill Shorten recognised the young man’s talents, and over the past couple of years he has been on the fast track.

“My single greatest regret of my life is I never finished my education,” he says. “I still plan to do so. It’s so important that we foster a culture that recognises that education is important to every single individual and to the nation’s wellbeing.”

Education or not, he was recently invited to the University of California, San Diego, and Stanford University to take part in the Australia[n]-America Leadership Dialogue, where he took time out to support striking Hollywood writers.

Mr Howes will speak at the National Press Club in Canberra today.

In the mid-90s, Paul was indeed busy organising fellow high school students at Blaxland High, and talking up Resistance’s efforts to recruit them, first via the ‘Students Against the Cuts’, then the ‘United Secondary Students Union’ (1996–1997). At the time, Paul and a comrade wrote an enthusiastic assessment of the 14th World Festival of Youth and Students in Havana, concluding that “The closing session was an electric event, with chants and songs culminating in a spontaneous march by some delegates around the track of the Pan-American Stadium. It was a fitting finale to an event that proved that international solidarity is alive and well, and that reaffirmed that imperialism and neo-liberalism require coordinated action by anti-imperialist movements around the world.” In other words, not only has Paul come full circle on the issue of nuclear power, he’s also had a profound change of ‘heart’ on the role of the US in world affairs. The AALD, it will be remembered, sponsored the tour last year of Dick Cheney.

At this time, Paul was also the subject of an interview concerning the DSP’s 1996 Federal election campaign:

Resistance is campaigning for the Democratic Socialists in the federal elections. NATASHA SIMONS interviewed three Resistance members about the campaign. Paul Howes is a 14-year-old student at Blaxland High in Sydney’s West. He joined Resistance last July through the campaign against nuclear testing.

Why did you join Resistance?

I joined because I wanted to make a difference in society, not just sit around and complain about social injustice, but actually get out there and campaign. I was also involved in the campaign against nuclear testing. I thought capitalism really stuffed up people’s minds and I wanted to tell other kids about that and about socialism. When I joined, I was still a member of the Labor Party, but I was really disillusioned with them.

Why did you leave the Labor Party?

I joined the ALP because I thought I could change Labor and make it a real workers’ party. But after a while I realised that Labor had gone so far right it was too late to change it. Even the left faction of Labor thought I was too radical. Another reason I left was the hierarchy and the lack of grassroots input.

Since then, Howes has of course rejoined the ALP, and at some point in the probably not-too-distant future, is likely to rejoin his former boss Bill Shorten in Federal Parliament (should he so choose). The Democratic Socialists, on the other hand, has now become the Socialist Alliance. One thing that hasn’t changed is the unpopularity of its candidates.

In his capacity as a teenage Trotskyist, Howes also had occasion to interact with the “Left” on University campuses. Thus:

SYDNEY — The National Union of Students NSW state conference at the University of Sydney on November 23 heard reports from the outgoing elected office bearers, elect[ed] new officers for 1997 and amended the NUS State Policy and Regulations document… Paul Howes from USSU addressed the conference and was heckled and jeered by Unity. The motion [“for financial and joint political support from NUS for USSU” — that is, $ for Resistance/DSP] was vehemently opposed by Van Badham, a member of NAL from Wollongong, who dismissed USSU because it didn’t have a constitution. Marcus Greville from Resistance commented, “The argument used against the motion to support USSU was grasping at straws. How can you be seriously interested in fighting for the rights of students against the Liberal government’s attacks, and in the same breath deny high school students the support they need to campaign?”

Whatever. Of the other figures mentioned, Marcus G later achieved a small degree of notoriety for blaming the Arterial Bloc and Mutiny for the carnage which erupted on the streets of Melbourne as part of the bloody, ultra-violent struggles surrounding the G20 meeting in November 2006 (JOSIE TAYLOR: Who were the people responsible for that violence? // MARCUS GREVILLE: The names of the groups are Arterial Bloc and a group called Mutiny. Above and beyond that, we don’t have any information, because they organised externally to us”.) Van Badham, on the other hand, now scribbles for the theatre. Further, according to Wikipedia anyways, “By 1998, Badham was an avowed anarchist and President of the New South Wales branch of the National Union of Students, caucusing with the radical group known as the Non Aligned Left”.

Two things. One, I can remember reading about the, ah, anarchist coup in NSW student politics at the time. And thinking “Who the fcuk?”, “What the fcuk?”, and “The fucking Irish know more about anarchist politics in Australia than I do?”

Reports from Australia indicate that an anarchist-influenced student initiative, called the Non-Aligned Left (NAL), has been elected to almost all the regional National Union of Students (NUS) officerships and is the largest faction on the national officerships. The NUS represents some 450,000 students. It is the first time the Australian Labour Party has lost control of any state NUS branch and the first time non-Labour [Party] factions have had a majority of the national executive. According to NAL activist, Marcus Westbury, the NAL has existed only for two years. They have grown from a handful of delegates to the second largest NUS faction primarily because of their commitment to participatory decision making, a non-hierarchical structure, and their non-binding nature.

Surprisingly — and this is thing number two — the ‘anarchist’ intervention in NUS didn’t last. Nor did NAL, for that matter, which later morphed into the NBL (which has since been supplanted by the Grassroots Left). Note that such shenanigans took place just as a new Federal, Tory Government was ushered in. Further, that with its dispatch late last year, the low-wattage light bulb on the shared student household on the hill has been re-lit (Students in shift on union funding, Sarah Elks, The Australian, January 14, 2008: “THE nation’s peak student body will urge the Rudd Government to scrap controversial voluntary student unionism laws…”).

Other former NAL *s include Kerry Nettle and Jamie Parker. Both Nettle and Parker found a place in the Greens; Nettle in the Australian Senate, Parker on Leichhardt Council. Marcus Westbury, on the other hand, now opines on The Yartz for the ABC.

Finally, Howes is hardly the first former revolutionary to become a trade union bureaucrat or a politician. The Right Honourable Michael ‘I did not have sex with that woman’ Costa is another former Trotskyist and member of both the Socialist Workers’ Party (now the DSP) and Australia’s Worst Union. Oh, and like Howes, a very keen supporter of capitalist development: Nuclear power? Good! Environmentalist? Bad! (Note further that John Laws has never seen a prostitute and that neither Bob Carr nor Paul Keating are queer.) Costa is also a trainspotter, and revealed as much when he addressed fellow Senator Lee Rhiannon (May 12, 2004):

I live in Melbourne, Australia. I like anarchy. I don't like nazis. I enjoy eating pizza and drinking beer. I barrack for the greatest football team on Earth: Collingwood Magpies. The 2023 premiership's a cakewalk for the good old Collingwood.
View all posts by @ndy →
This entry was posted in Anarchism, Art, History, Student movement, Trot Guide. Bookmark the permalink.

60 Responses to Would the real anarchists / Trotskyists… (Et cetera)