A FORMER Melbourne University student union president has been sentenced to 20 months in jail after defrauding the tax office of more than $180,000. Darren Kenneth Ray, 26, was sentenced in the County Court yesterday after pleading guilty to 10 charges including obtaining financial advantage by deception and opening bank accounts in false names. The court heard Ray obtained personal details, including tax file numbers, from people responding to advertisements he placed on a website for non-existent jobs. He used their details to register five businesses for which he falsely claimed GST refunds totalling $182,281 from the Australian Tax Office between 2004 and 2006. Ray tried to claim another $10,753 in refunds before he was detected in a tax office audit. The court heard he carried out the scheme after reading about someone who had committed similar offences, and set out to avoid the pitfalls that had led to detection. He spent $120,000 on gambling and the rest on car repayments and living expenses. He has repaid only $800. Judge Jane Campton said Ray was paranoid and depressed when he began offending after being the target of corruption allegations connected with his presidency of the union in 2002. The union collapsed into administration in 2004 after auditors identified a $46 million potential liability from a secret 20-year deal for the union to lease student apartments from a company partly controlled by a former student politician. The court heard Ray now ran a business [Victorian Student Housing] sub-letting accommodation to international students. He was ordered to serve a minimum of six months and be of good behaviour for two years after his release.

In a surprising turn of events, corrupt student hack and former President of the Melbourne University Student Union Darren Ray has been sentenced to jail for fraud. I’m not sure exactly what relationship the jailing has to his role in events at MUSU, but “The court heard Ray swindled Australian taxpayers of $182,281.42 by lodging business account statements under false names”. Further:

A Melbourne man testified yesterday that a signature on a contract giving tens of thousands of dollars a year to a company secretly run by a former president of the Melbourne University Student Union is a forgery.

In the Victorian Supreme Court, lawyers for the liquidator winding up MUSU examined a contract for services to the union by a company called the BV Sachsen Group Australia Pty Ltd. BV Sachsen was set up by Darren Kenneth Ray, MUSU president in 2002, who used the name Marcus Kemp to mask his identity and win lucrative business deals from the union.

In 2003, new union president Scott Crawford signed an agreement that substantially increased payments to the company.

Ray and Crawford are still students at the university.

The document was purportedly witnessed by Miles Clemens, who had been hired by Ray, alias, Marcus Kemp, to work for BV Sachsen.

Mr Clemens told Garry Bigmore, QC, for the union’s liquidator, that the signature was not his…

Prior to this, Ray was involved in a business — Victorian Student Housing — providing accomodation to Indian students studying in Australia:

Victorian Student Housing (VSH) was established in 2005 to provide low cost rooms to the international student market. With the support of key student organisations, education agents and community groups, VSH has established an enormous client base throughout Melbourne and regional Victoria. Our staff understand the needs of international students and work hard in providing objective advice based on a student’s financial circumstances and choice of campus.

Needless to say, VSH wasn’t all it was cracked up to be, and it’s future now lies in the capable hands of Darren’s business partner, Benjamin Cass. 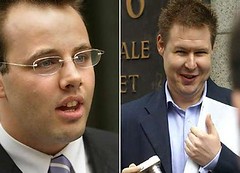 A disgraced former president of the Melbourne University Student Union has been sentenced 20 months’ jail with a minimum of six months for fraud.

Darren Kenneth Ray, 26, was sentenced in the Victorian County Court on charges relating to operating bank accounts under false names and obtaining financial advantage by deception.

In sentencing, Judge Jane Campton said she had taken into account Ray’s youth and genuine remorse, but that a term of imprisonment was appropriate.

“No other sentence is appropriate,” Judge Campton said.

“You took advantage of the GST system. Crimes of this nature are difficult to detect, your offending was well planned and carried out with a degree of sophistication.”

He was ordered to repay the fraudulent funds to the Commonwealth of Australia.

Ray, of St Kilda Road, Melbourne, has been embroiled in several legal disputes since the collapse of the Melbourne University Student Union in 2004.

He was president of the union in 2002 and presided over a $46 million property deal to develop a student accommodation building.

A 2003 auditor’s report warned the deal could send the student union broke.

In February 2004, the Melbourne Supreme Court ordered the union be wound up based on the report.