I wasn’t gonna bother, but seeing as slackbastard has been linked by Encyclopedia Dramatica, I thought I may as well.

In summary and as is well-known, Ashley Towns is an l33t hacker:

The iPhone’s first worm is spreading, but it only affects certain jailbroken iPhones.

The first worm written for Apple’s iPhone has been unleashed and is infecting phones in Australia. However, the worm, known as Ikee, is only a threat to users who have jaibroken their phones to let them run unauthorized software, security experts say…

The worm was written Wednesday [November 4] by Ashley Towns, a 21 year-old unemployed programmer from [Wollongong], Australia. He hadn’t heard of the Dutch incident when he released his worm, he said Sunday in an instant-message interview. “It was supposed to be a small prank i definitely wasn’t expecting it to get as far as it did,” he said.

Towns wanted to make the point that people should change their default iPhone passwords, especially if they’re using SSH. “A lot of people especially at first thanked me,” he said. “I think most people are relieved its not out to destroy their phone. I have had a few people abuse me though.”

He didn’t really consider the possible legal ramifications of releasing the code, something he said was “quite naive of me,” Towns said.

Once the worm adds the Rick Astley wallpaper, it disables the iPhone’s SSH daemon and then looks around … on the Internet for other vulnerable iPhones to infect.

Tricking victims into playing a video or looking at a picture of Rick Astley — best known for his hit “Never Gonna Give You Up” — is a popular Internet prank called Rickrolling.

It’s not clear how many people have been affected by the worm, but Towns said that his phone alone infected about 100 other devices…

Point being: Towns’ monkey business and propulsion into the orbit of the corporate/state media has irked some, and one fellow Aussie in particular: Andrew Sanders (aka Andrew Kellerman of the ‘Digital Liberty Coalition’). Sanders had his own brush with fame in December 2005, when he established a website titled ‘Fightback’, which was intended to rally the White troops for a second assault upon the non-White beach-goers of Cronulla. (On a spotterly note, the site was subsequently captured by the mighty follower(s) of Trotskyist Ted Grant [1913–2006].)

Sanders himself is a Renaissance man: artiste (‘Val Debauchee’: “an internationally acclaimed artist whose works have been hung around the globe” — see: Picture of extremes, Joe Hildebrand, The Daily Telegraph, April 10, 2006); l33t hacker (self-described ‘Founder of the first public Australian cyberculture group, WKBBS, 1993’ at the age of 13); law-talking guy (aka ‘The Law Society of The University of Western Sydney’ — http://www.lawsociety.org.au); photographer; religionist (an ordained Minister with the ‘Universal Life Church’); Tunnel Rat; White supremacist (‘blue8eyed8devil’ on Stormfront) and — no doubt — much more besides.

All-in-all, quite a character. 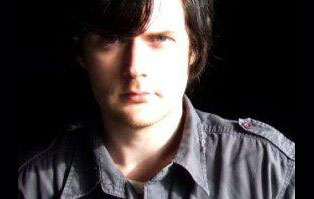 Pathological lying (PL) is a controversial topic. There is, as yet, no consensus in the psychiatric community on its definition, although there is general agreement on its core elements. PL is characterized by a long history (maybe lifelong) of frequent and repeated lying for which no apparent psychological motive or external benefit can be discerned. While ordinary lies are goal-directed and are told to obtain external benefit or to avoid punishment, pathological lies often appear purposeless. In some cases, they might be self-incriminating or damaging, which makes the behavior even more incomprehensible. Despite its relative obscurity, PL has been recognized and written about in the psychiatric literature for more than a century. The German physician, Anton Delbruck, is credited with being the first to describe the concept of PL. He observed that some of his patients told lies that were so abnormal and out of proportion that they deserved a special category. He subsequently described the lies as “pseudologia phantastica”…

I live in Melbourne, Australia. I like anarchy. I don't like nazis. I enjoy eating pizza and drinking beer. I barrack for the greatest football team on Earth: Collingwood Magpies. The 2021 premiership's a cakewalk for the good old Collingwood.
View all posts by @ndy →
This entry was posted in !nataS, Media and tagged Andrew Sanders, Ashley Towns, Encyclopedia Dramatica, Ikee. Bookmark the permalink.