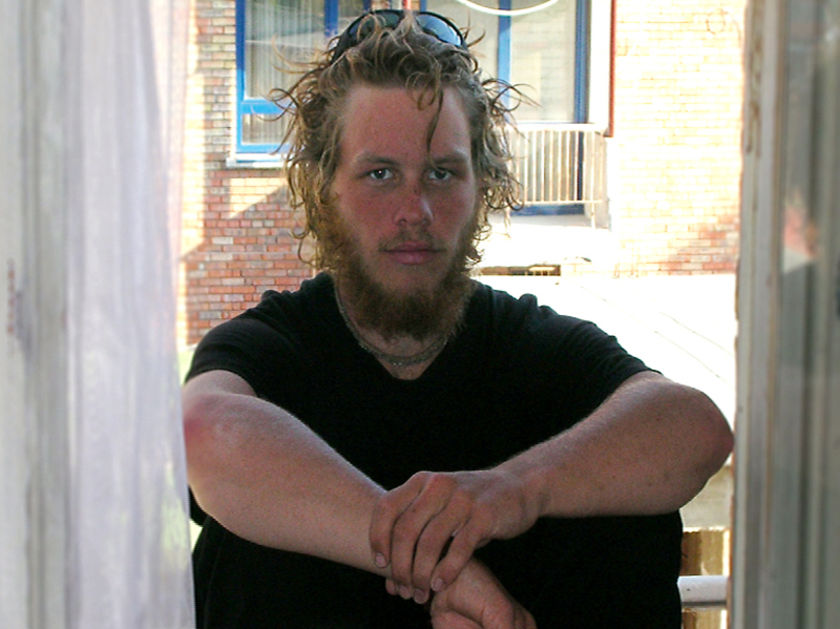 Jock Palfreeman (above, photographed in 2006) is a 23 year old Australian currently in prison in Sofia, Bulgaria. He is undergoing trial on charges of murder and attempted murder after an encounter with a gang of 16 far-right football hooligans.

First, sadly, a solidarity demonstration in Sofia appears to have been cancelled out of fears for the safety of participants. At a previous rally earlier in the year — organised by local members of the far right and calling for severe punishment of Jock by the state — a journalist covering the event was threatened; Bulgarian media is uniformly hostile, and is also calling for the maximum penalty to be imposed; his cause is an unpopular one among the general public in Bulgaria, especially as the basis of his defence is that he came to the aid of two Roma men — members of a despised minority group (both in Bulgaria but across Europe generally, especially Central and Eastern).

The Roma minority, known as Gypsies, unfortunately, are used to discrimination and violent attacks. But recent violence in Eastern Europe has reached a new level of ferocity.

Several Roma, including children, have been killed in attacks this year involving firearms, gasoline bombs and hand grenades. Roma activists blame right-wing groups, which appear to have grown in strength as the economic crisis has deepened across much of Eastern Europe.

The latest victim was single mother Maria Balogh, 45, and her 13-year-old daughter Ketrin. In early August, the Baloghs were asleep in their house in Kisleta, a quiet farming village in northeastern Hungary near the Ukrainian border. An unknown number of armed men broke into their house and fired on the women. Maria was killed, and her daughter remains hospitalized with critical injuries…

Secondly, and on the other hand, support for Jock does appear to be growing in Greece, especially among the anti-fascist movement there, and his case is drawing the attention of a wider range of people. (See, for example, ΑΛΛΗΗΛΕΓΓΥΗ ΣΤΟΝ ΑΝΤΙΦΑΣΙΣΤΑ ΑΓΩΝΙΣΤΗ JOCK PALFREEMAN, November 22, 2009 | PAUL “JOCK” PALFREEMAN, THEOULINI, November 23, 2009.) Word is also speading further across Europe, and the ground being laid for whatever comes of Jock’s final court appearances next week: December 2/3.

I live in Melbourne, Australia. I like anarchy. I don't like nazis. I enjoy eating pizza and drinking beer. I barrack for the greatest football team on Earth: Collingwood Magpies. The 2021 premiership's a cakewalk for the good old Collingwood.
View all posts by @ndy →
This entry was posted in Anti-fascism, State / Politics and tagged Jock Palfreeman. Bookmark the permalink.