Today, I saw a dog,
Yes, a dog.
Talking to a pig,
Yes, a pig.
They were on the pavement,
Discussing Trotsky.
Not brotsky or crotsky or drotsky or frotsky.
But Trotsky.

US British historian Robert Service done written a new book on Trotsky. Apparently, the news outta Leningrad Harvard isn’t good, and Trotskyists everywhere are taking up their metaphorical cudgels to go into battle for the dead Marxist. Thus:

[AWL] Review of Robert’s Service’s biography of Trotsky, November 12, 2009: “Trotsky towered over the early years of the 20th century. He faced terrible adversity and fought with tremendous power. Service’s book, despite his pretentions, has little to offer anyone who wants to understand the real Trotsky. No doubt it will put off a few gullible souls. But there is far too much of interest in Trotsky’s marvellous life to be soiled by this tired and pathetic slander”;
[CWI] Service with a snarl: Academic refuses to answer questions, The Socialist, November 18, 2009 / A ‘dis-Service’ to Leon Trotsky, Peter Taafe, The Socialist, October 13, 2009: “The most nauseating aspect of this book is the highly personalised attack on Trotsky”;
[SEP] In The Service of Historical Falsification: A Review of Robert Service’s Trotsky, David North, November 11, 2009: “There is one final issue that needs to be raised, and that is the role of Harvard University Press in publishing this biography. One can only wonder why it has allowed itself to be associated with such a deplorable and degraded work. It is difficult to believe that Service’s manuscript was subjected to any sort of serious editorial review… it provides its imprimatur for a slanderous and slovenly work. Is Harvard today, in a period of political reaction and intellectual decay, atoning for its earlier displays of principles and scholarly integrity? Whatever the reason, Harvard University Press has brought shame upon itself. One suspects that at some point in the future, with the recovery of morale and courage, it will look back upon this episode with great regret.”

Robert Service completes his masterful trilogy on the founding figures of the Soviet Union in an eagerly anticipated, authoritative biography of Leon Trotsky.

Trotsky is perhaps the most intriguing and, given his prominence, the most understudied of the Soviet revolutionaries. Using new archival sources including family letters, party and military correspondence, confidential speeches, and medical records, Service offers new insights into Trotsky. He discusses Trotsky’s fractious relations with the leaders he was trying to bring into a unified party before 1914; his attempt to disguise his political closeness to Stalin; and his role in the early 1920s as the progenitor of political and cultural Stalinism. Trotsky evinced a surprisingly glacial and schematic approach to making revolution. Service recounts Trotsky’s role in the botched German revolution of 1923; his willingness to subject Europe to a Red Army invasion in the 1920s; and his assumption that peasants could easily be pushed onto collective farms. Service also sheds light on Trotsky’s character and personality: his difficulties with his Jewish background, the development of his oratorical skills and his preference for writing over politicking, his inept handling of political factions and coldness toward associates, and his aversion to assuming personal power.

Although Trotsky’s followers clung to the stubborn view of him as a pure revolutionary and a powerful intellect unjustly hounded into exile by Stalin, the reality is very different. This illuminating portrait of the man and his legacy sets the record straight. 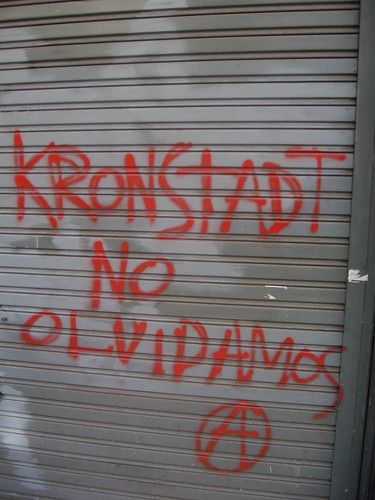 I live in Melbourne, Australia. I like anarchy. I don't like nazis. I enjoy eating pizza and drinking beer. I barrack for the greatest football team on Earth: Collingwood Magpies. The 2023 premiership's a cakewalk for the good old Collingwood.
View all posts by @ndy →
This entry was posted in History, Trot Guide and tagged Leon Trotsky, Robert Service. Bookmark the permalink.

10 Responses to Icepicks At Dawn : Robert Service ~versus~ Leon Trotsky