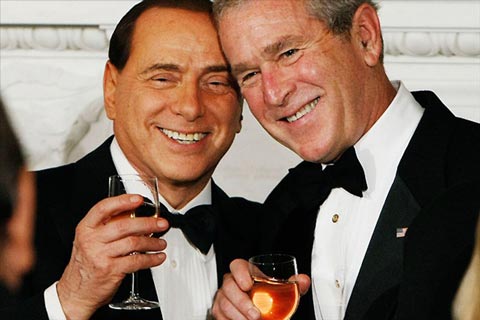 Last Hours is an online and occasional print zine for the anti-authoritarian, DIY and punk communities. It offers news, analysis, interviews and articles about radical culture, be it music, protests, events, books, zines or comix.

The first issue of Shift Magazine was published in summer 2007 and there has since been a new issue every 4 months. It is currently edited in Manchester.

The idea is to create a space for the exchange of radical ideas and strategies, though always with reference or direct relevance to organisation and ‘activism’. But we also want to make a political intervention into activist theory and practice. We take for granted that Shift readers are looking for debate on a non-state, non-capitalist ‘way out’. Yet, we will challenge all answers, as ‘radical’ as they may be, that will increase social control or that demand a movement for austerity.

Turbulence is a journal/newspaper that we hope will become an ongoing space in which to think through, debate and articulate the political, social, economic and cultural theories of our movements, as well as the networks of diverse practices and alternatives that surround them.

…The name gestures to an obscure non-sectarian 1940s journal of that title, which at first we thought seriously about reviving. It was edited and published out of a cabin in Bearsville, a hamlet near Woodstock, New York. Retort‘s printing press had belonged to the eloquent Wobbly agitator Carlo Tresca before he was assassinated on the streets of Manhattan, perhaps by agents of Mussolini. The journal Retort was anti-statist, anti-militarist and published essays on art, politics and culture…

Multiculturalism & identity politics – the reactionary consequences and how they can be challenged
Independent Working Class Association
September 28, 2009

Recent weeks have seen racial tensions in the news once more, with the antics of the ‘English Defence League’ and those responding to them featuring high in the headlines. Like the BNP, the EDL claim to be defending the rights of the majority culture in the same manner as minorities, with support from their liberal sympathisers, defend theirs. As times get harder and the economic cake shrinks over the coming years, the battle for the crumbs will, as things stand, be fought along racial lines. This is the legacy of identity politics and multiculturalism.

In writing ‘Black Flame: The revolutionary politics of anarchism and syndicalism’, Michael Schmidt and Lucien van der Walt set themselves an ambitious task of writing a history of anarchism. I use the word ambitious mainly because, as Guerin (1970) once pointed out, it is difficult to trace the outlines of anarchism.

Its master thinkers rarely condensed their ideas into systematic works. If, on occasion, they tried to do so, it was only in thin pamphlets designed for propaganda and popularization in which only fragments of their ideas can be observed.

Schmidt and van der Walt, however, logically map the history of anarchism by showing that the ‘idea’ has, since the 1860s, inspired movements globally. As the authors of the book argue, one of its distinctive contributions is its global scope. Further, the book’s intellectual exploration goes deep, and, most importantly, the whole project is carried out with remarkable independence of thought. Schmidt and van der Walt write that what motivated them to undertake this project is the belief that the role of anarchism and syndicalism is indispensable to the understanding of modern history…

Guerrilla News was created as a place of refuge for members of the (now closed) GNN.tv community, but all are welcome. We are working towards creating an open news wire for the free discussion of current events and ideas.

a repository for online access to various texts I have [some body has] found while trolling through the archives of the radical political history of the 20th century (give or take a bit).

Audio Anarchy is a project for transcribing anarchist books into audio format.

I live in Melbourne, Australia. I like anarchy. I don't like nazis. I enjoy eating pizza and drinking beer. I barrack for the greatest football team on Earth: Collingwood Magpies. The 2021 premiership's a cakewalk for the good old Collingwood.
View all posts by @ndy →
This entry was posted in Media and tagged Bloggy. Bookmark the permalink.