To burn or not to burn, that is the question 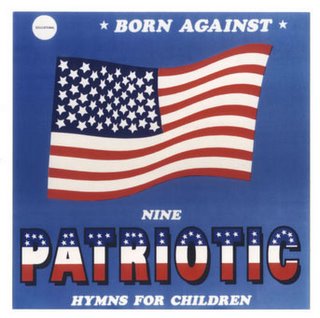 OK, so the antiwar movement may not have quite turned out to be the wild-orgasm-of-anarchists-sweeping-across-the-country-like-a-prairie-fire all right-thinking, political moderates such as myself were hoping for, but… Heated debate has erupted on University campuses. Well, kinda.

Yesterday a few people shouted profanities (‘Vote Liberal!’, ‘Join Resistance!’), some people pushed some other people, and fists were well-and-truly clenched. The reason? The authoritarian socialist youth group Resistance is selling ‘flag burning kits’ (yours for only $5 each), ostensibly in order “to protest against the Federal Government”, but more obviously for publicity during ‘O’ week.

“You want to burn our flag, I want to burn your table,” said one man. What response his philosophical enquiry into the nature of desire and retributive notions of justice received is not recorded, unfortunately, in Leigh Lalonde’s account of the altercation between students on a University of Queensland campus.

Is burning a table a rational response to burning a flag?

TEMPERS have flared after youth socialist group Resistance began selling Australian flag burning kits at the University of Queensland (UQ).Resistance members were jostled and abused by a man who took exception to the group setting up a stall to sell the $5 flag burning kits in the Great Court of the University of Queensland’s St Lucia campus today.

Calling himself a “patriot”, the man screamed at the group members “who fought for your freedom? You’re joking”.

A Queensland member of Resistance, Stella Riethmuller, says the kit was inspired by a Victorian member’s artwork which was confiscated from a gallery by police.But she admits the campaign goes much deeper.

STELLA RIETHMULLER: There’s a whole range of issues that, you know, we think are really urgent, like the occupation of Iraq and, you know, locking up refugees and our continued and ongoing oppression of Aboriginal people.

Yeah, we know. But here’s to the rebel sound of shit and failure anyway.

I live in Melbourne, Australia. I like anarchy. I don't like nazis. I enjoy eating pizza and drinking beer. I barrack for the greatest football team on Earth: Collingwood Magpies. The 2021 premiership's a cakewalk for the good old Collingwood.
View all posts by @ndy →
This entry was posted in Art, State / Politics, Trot Guide, War on Terror. Bookmark the permalink.