The Left in Melbourne today is shit. Why are we always marching towards parliament, petitioning their government? Why are we always trying to speak to a mainstream that exists only on television? When did we lose faith in ourselves to propose real alternatives to our rape-the-world social system? The social movements, the parties, the discussions we keep having again and again never seem to be able to see beyond the world as it is towards the world as it could be… should be… will be.

The first issue of Melbourne Black, a new, free, monthly anarchist zine, has just been released. The first issue contains an ‘Editorial’, ‘A Few Facts And A Lot of Stories About Black People’, ‘Interview With LASNET’, ‘Anarchy Is A Fag’, ‘Education Matters’ and ‘Anarchy V. Marxism’. Printed copies will be available in Melbourne from Barricade/Loophole, MARC, New International, Sticky and elsewhere within the next 2-3 days. Otherwise, you can download a PDF copy from the Melbourne Black site here. For contributions and letters: [email protected] 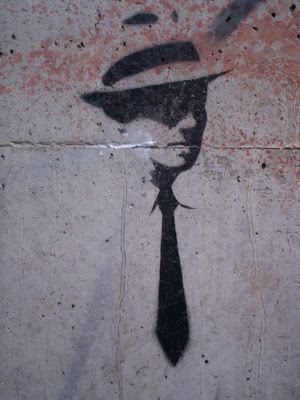 I live in Melbourne, Australia. I like anarchy. I don't like nazis. I enjoy eating pizza and drinking beer. I barrack for the greatest football team on Earth: Collingwood Magpies. The 2021 premiership's a cakewalk for the good old Collingwood.
View all posts by @ndy →
This entry was posted in Anarchism, Media and tagged Melbourne Black. Bookmark the permalink.