For four years, Officer A lived a secret life among anti-racist activists as they fought brutal battles with the police and the BNP. Here he tells of the terrifying life he led, the psychological burden it placed on him and his growing fears that the work of his unit could threaten legitimate protest.

The “violent activists” Officer A infiltrated were the ‘Youth Against Racism in Europe’, a front group for the Trotskyist political party now known as the Socialist Party of England & Wales (a member of the Committee for a Workers’ international). They’ve responded to the story with a press release: Youth Against Racism in Europe answers disgraceful Observer ‘expose’, March 14, 2010. They don’t identify Officer A.

Tony Thompson writes that “During his tour of duty, the man – known only as Officer A – also had sexual relations with at least two of his female targets as a way of obtaining intelligence” — which is very naughty, but also naturally brings to mind Rob Gilchrist, the police informant exposed as such in Kiwi in late 2008. Gilchrist had a decade-long career as a paid informant, but was only exposed when his then-girlfriend (a political activist) happened to stumbleupon some information on his computer. In Australia, Setha Sann deserves a guernsey, as does Mehmet Ersoy/Osman. Funnily enough, despite claiming that in Europe, anarchist ranks “have been riddled by police agents and fascists”, Mick Armstrong failed to detect Setha Sann’s tricksy ways while a member of Socialist Alternative, although the possibility that this stick will be used by the International Students for Socialist Equality to beat SAlt over the head with is unlikely. To find out, attend ‘The revolutionary perspective of Trotskyism: A political exposure of Socialist Alternative’ [Clenched fist salute: Fatal Paradox].

Use of police infiltrators and informants is of course routine practice, and has been employed by police forces, in one form or another, since their origins (See : The International Campaign Against Anarchist Terrorism, 1880-1930s (Richard Bach Jensen) | Frank Cain’s The Origins of Political Surveillance in Australia (Angus & Robertson, 1983)). Indeed, some of the greatest works of late nineteenth century fiction were written by former police detectives. For example, Captain Michael Schaack‘s Anarchy and Anarchists (1889) is a priceless document, and has formed the basis for tabloid accounts of anarchist activity ever since: 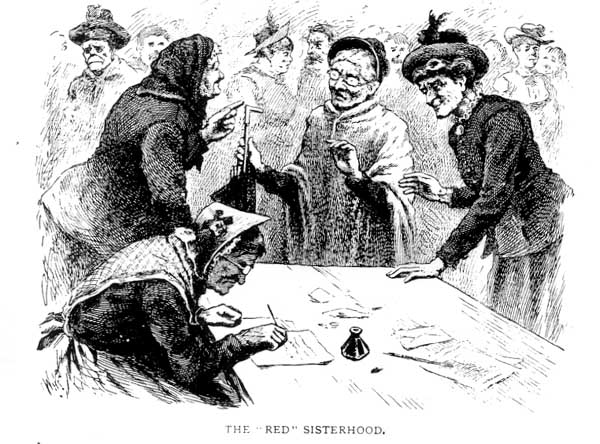 In many of the smaller [anarchist] meetings held on Milwaukee Avenue or in that vicinity, a lot of crazy women were usually present, and whenever a proposition arose to kill some one or to blow up the city with dynamite. these “squaws” proved the most bloodthirsty. In fact, if any man laid out a plan to perpetrate mischief, they would show themselves much more eager to carry it out than the men, and it always seemed a pleasure to the Anarchists to have them present. They were always invited to the “war dances.”

Judge Gary, Mr. Grinnell, Mr. Bonfield and myself were usually remembered at these gatherings, and they fairly went wild whenever bloodthirsty sentiments were uttered against us. The reporters and the so-called capitalistic press also shared in the general denunciations.

At one meeting, held on North Halsted Street, there were thirteen of these creatures in petticoats present, the most hideous-looking females that could possibly be found. If a reward of money had been offered for an uglier set, no one could have profited upon the collection. Some of them were pockmarked, others freckle-faced and red-haired, and others again held their snuff-boxes in their hands while the congress was in session. One female appeared at one of these meetings with her husband’s boots on, and there was another one about six feet tall. She was a beauty. She was raw-boned, had a turn-up nose, and looked as though she might have carried the red flag in Paris during the reign of the Commune…

[Describing another anarchist:] He was a large man with a black beard and large eyes, and very shabbily dressed. He looked as though he had been driving a coal cart for a year without washing or combing. He also had the appearance of being on the verge of hydrophobia… 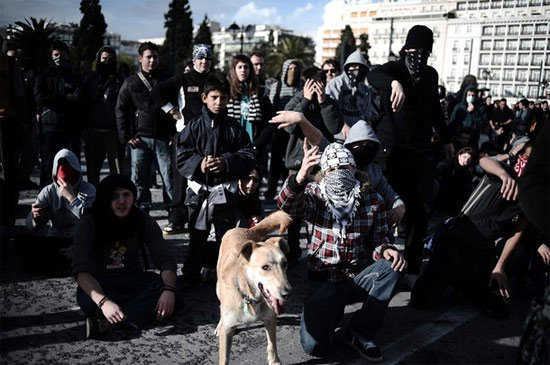 In a sensational and completely unexpected twist, the leader of The-40-Kiwi-Anarchists What-Have-Been-Criss-Crossing-The-Globe Causing-Heap-‘Em-Big-Trouble-Wherever-They-Go has been inadvertently exposed by social networking site Facebook and the journalistic efforts of Fairfax’s Europe correspondent Paola Totaro. According to sources at Fairfax, Totaro’s exposé on the eerie yoof cult that has developed around the mysterious dog — whose followers have formed inside the Global Justice Movement an anarchist faction with himself as leader — will be published later in the week.

I live in Melbourne, Australia. I like anarchy. I don't like nazis. I enjoy eating pizza and drinking beer. I barrack for the greatest football team on Earth: Collingwood Magpies. The 2021 premiership's a cakewalk for the good old Collingwood.
View all posts by @ndy →
This entry was posted in !nataS, Anti-fascism, State / Politics, War on Terror and tagged Officer A, Youth Against Racism in Europe. Bookmark the permalink.