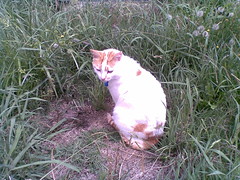 Dan’s ‘Sustainable Self Sufficiency Gardening Blog’ — growing your own food, herbs, sustainable, self sufficiency, home and community gardens project — contains lots of info on the former, especially as it applies to Marvellous Melbourne.

‘Food Fight’ is another worthwhile resource if you’re interested in food politics. Every Tuesday 5.30–6 pm on 3CR (855 AM). “Food Fight serves a weekly feast of slow food for thought for guerilla gardeners and grassroots gastronomes.”

‘I Want to Live Here’ is another blog created by a mob called Earthsharing. It’s also a film competition, “a step forward in exploring the intricacies of our housing crisis. We want the competition to reflect economics as essential, interesting and accessible to all.” Entries are screening this Wednesday, December 3rd @ The Order, 401 Swanston Street, City:

With a raft of challenging, humourous and even risque films entered for the $3000 first prize, we hope you can attend an entertaining night’s activity. Ten short films will be shown over the night. Then the big drumroll for the winner’s announcement will see a smile on someone’s face. The Melbourne Craft Cartel will spice it up with a number of zesty stalls in attendance. Why not do some Crassmas shopping and support local craft? Yes it’s all about local economies and helping them thrive! Comedian Rod Quantock will give us a serve or two on the Great Australian Dream – where has it gone?

Speaking of crafty stuff, check out ‘The Fabric of Resistance’:

One of the things that has becomes very clear in doing and talking to other people about radical craft is that political and radical craft is far from a new idea. What is also clear is that this amazing herstory is way too absent from history books. It seems that even feminist political action herstory books marginalise the art and creative responses to political issues.

So we have started this wiki as a public archive of profiles of activists who use(d) craft as a way of communicating their ideas, resistance and vision. And at some point in the future, all these stories will be collated into a book…

On a vaguely related and hippycore note:

Dial House has been described as “paradise”… The garden is a maze of vegetable plots, native tree plantings, fruit bushes, and flower beds teeming with humming bees and birdsong, and a multitude of hidden shelters and sitting places adorned with sculptures and carvings. The building itself contains artists’ studios, rehearsal rooms, libraries, and social spaces. At the 2001 gathering many possibilities for the house were discussed, such as art venue, healing workshop space, jazz festivals, permaculture convergences, poets’ retreat, fireworks parties, willow sculpture courses, and more…

THERE are certain things you can count on in a punk house. A killer name: Anarchtica, Scribble Squat, Collective A Go-Go, Firebreathing Kangaroo. Lots of bikes and skateboards. Homemade tattoos. A tattered photocopy of “Soy, Not ‘Oi!’,” the vegan anarchist’s “Joy of Cooking.” Guests are always welcome in a punk house, if they follow the rules: “Don’t be a jerk!” reads a guest policy sign in one… 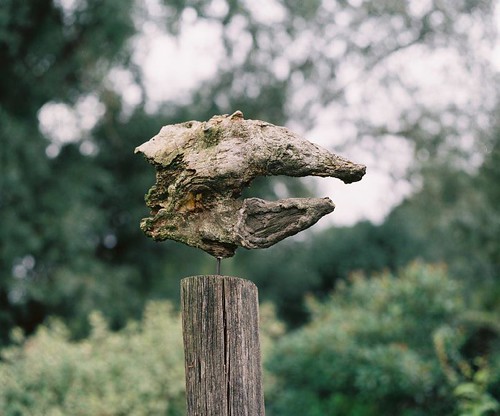 I live in Melbourne, Australia. I like anarchy. I don't like nazis. I enjoy eating pizza and drinking beer. I barrack for the greatest football team on Earth: Collingwood Magpies. The 2021 premiership's a cakewalk for the good old Collingwood.
View all posts by @ndy →
This entry was posted in Anarchism, Art, Cats, Music, Poetry, Sex & Sexuality. Bookmark the permalink.