Visualizing the BP Oil Spill Disaster. Based on your IP, a neat way of understanding the scope of the disaster BP, the oil industry and US government regulators have gifted the world. Hate the environment, love BP.

…The Deepwater Horizon blowout and BP oil spill, now starting its work of destruction on the coastal wetlands of Louisiana, was another case of industry money and government collusion indifferent to the public welfare. We are just now learning that BP was allowed to drill without detailed environmental analysis; and that the permissive morale of the administrators in control of oil at the Department of the Interior scarcely altered in the transition from Cheney-Bush to Obama. Also, that the new secretary of the interior, Ken Salazar, was not a clever appointment, after all, because he is ‘ethnic’ and comes from the Mountain West. He was all but a lobbyist for the oil industry.

Things come out little by little and only when forced by disaster. Installation of the remote control shutoff device used by the rest of the world was a requirement jettisoned by Cheney and Bush as superfluous and expensive. This protection would have cost $500,000 – a fraction of the CEO’s annual salary at BP. The drilling itself, a mile under the earth’s crust beneath six miles of water, in the days just before the explosions had met with pockets of natural gas forcing their way back up the drilling pipe. The men on the rig were told to go ahead; the government controllers only said to use caution. And the seal in the pipe was cemented in place by Halliburton – Cheney’s company… 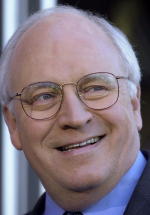 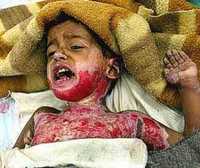 I live in Melbourne, Australia. I like anarchy. I don't like nazis. I enjoy eating pizza and drinking beer. I barrack for the greatest football team on Earth: Collingwood Magpies. The 2023 premiership's a cakewalk for the good old Collingwood.
View all posts by @ndy →
This entry was posted in That's Capitalism! and tagged BP, That's Capitalism!. Bookmark the permalink.