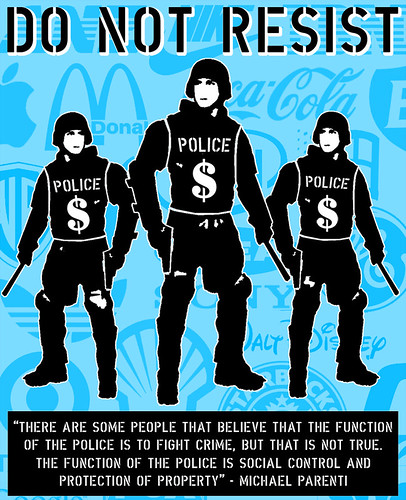 POLICE made a substantial payment for a secret amount to an activist wrongly arrested during the 2007 Asia Pacific Economic Co-operation (APEC) summit and then used this payout as an excuse to stop an internal investigation into the arrest, documents released under Freedom of Information laws reveal.

NSW Police made the payment to activist Padriac “Paddy” Gibson after he launched a civil case over his illegal arrest and detention after the major anti-APEC rally in September, 2007.

Documents released to news.com.au through Freedom of Information laws show that police then wrongly cited the civil action as a reason to stop investigating the officers behind the arrest, a move called a coverup by Mr Gibson and his supporters.

This new revelation comes after news.com.au yesterday revealed that NSW Police paid $2 million for the APEC fence, a pricey wall that was unable to even stop The Chaser comedy team.

The documents were released after a 16-month battle with the police.

Mr Gibson is a long-time activist who police put on a list of 61 “excludable persons” considered so dangerous they were not allowed into the APEC security areas. This was despite him having no criminal record.

Mr Gibson says he was sitting with other activists in Hyde Park just after the September 2007 anti-APEC rally when they were approached by a group of heavily armed police. In front of hundreds of onlookers and international media, the officers aggressively arrested Mr Gibson and dragged him to a holding bus.

Despite Mr Gibson repeatedly telling the officers he was not in a restricted area he says he was detained for about 20 minutes because an officer released him, sheepishly admitting it was all a “mistake”.

Afterwards Mr Gibson’s father, Dr Peter Gibson, wrote to police demanding the officers involved in the “gratuitous and illegal violence towards” his son be disciplined.

The documents released to news.com.au show that the internal investigation was brief, with the investigators never bothering to identify the arresting officers. The investigators then decided to close the case because they argued the civil action could be considered a “satisfactory means of redress”.

But Stephen Blanks from the NSW Council for Civil Liberties said the investigator’s action seem like a coverup. “It’s inappropriate for officers to decline to investigate a complaint simple because they have had the opportunity to (try to) buy confidentiality,” he said.

“The public has a legitimate interest in knowing the outcome of complaints and that appropriate action has been taken.”

Greens Member Sylvia Hale said the revelations were particularly troubling given the new powers NSW Police were given this week to secretly search homes and computers of suspects.

Mr Gibon said he was unable to say how much he was paid but said he was “surprised and very happy” with the amount.

“I’ve used part of the payment to fund my campaigning against the Federal Government’s racist intervention in the Northern Territory and to support those who are still facing charges over G20 in Melbourne.”

With a smile, he added: “So I can thank the NSW Police for helping me help these causes.”

Mr Gibson’s lawyer, Lisa Powell, said she was now arranging for a number of other activists who were also arrested to make civil claims against NSW Police. NSW Police did not respond to written questions.

I live in Melbourne, Australia. I like anarchy. I don't like nazis. I enjoy eating pizza and drinking beer. I barrack for the greatest football team on Earth: Collingwood Magpies. The 2021 premiership's a cakewalk for the good old Collingwood.
View all posts by @ndy →
This entry was posted in State / Politics, Student movement, War on Terror. Bookmark the permalink.