i’ve been meaning to piss and moan about a few things this week… just haven’t had the energy. so here’s a truncated version of my recent concerns; one which also constitutes an excuse to be done with all those other entries i’ve saved drafts of for later publication. fuck ’em.

1) hoWARd on the wheat scandal: “what’s a wheat board?” 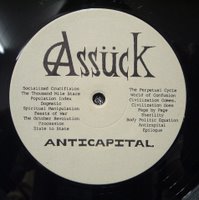 2) here’s a list of pop groups beginning with the letter ‘a’, all of whom sit on my shelves (that is, when they’re not on tour or in the studio): A.C. African Head Charge Anti-Flag Archers of Loaf Area-7 Asian Dub Foundation Assück Atari Teenage Riot At the Drive-In Attila the Stockbroker

Earlier this year millionaire property developer John Lydon signed over the rights to the Sex Pistols back catalogue to Universal Music Publishing Group, which is now hawking it to companies for use in advertising. This surprised the naive:

Surely not. Surely, if there was one band that would never, ever, sell out it would be the Sex Pistols.

Not the gods of punk! Not those spitting, sneering rebels who called for anarchy, mocked the Queen, raised a middle digit to everything establishment, and ridiculed the greed of record companies.

But it appears so.

THE threat of anarchy in Britain appears to have been replaced by the certainty of capitalism. The Sex Pistols have been rebranded for business after signing a deal to use their hits to promote luxury brands.

Thirty years afer the British punk pioneers screamed defiance at the establishment, the surviving members will cash in with a multi-million-pound deal partnering blue-chip corporations as advertisers seek an association with rebellion.

THE threat of anarchy in the UK appears to have been replaced by the certainty of capitalism. The Sex Pistols have been rebranded for business after signing a deal to use their hits as a vehicle to promote luxury brands.

Thirty years after the punk pioneers screamed defiance at the Establishment, the surviving members will cash in with a multimillion-pound deal partnering blue-chip corporations as advertisers seek an association with “rebellion”.

“When, in 1976, punk first spewed itself across the nation’s headlines with the message ‘do it yourself’, we, who in various ways and for many years had been doing just that, naively believed that Messrs. Rotten, Strummer etc. etc. meant it. At last we weren’t alone…

By [1977] we had realised that our fellow punks, The Pistols, The Clash and all the other muso-puppets weren’t doing it at all. They may like to think that they ripped off the majors, but it was Joe Public who’d been ripped. They helped no-one but themselves, started another facile fashion, brought a new lease of life to London’s trendy Kings Road and claimed they’d started a revolution.

We were on our own again…”

Collingwood has added another $1 million plus to its ever-growing coffers thanks to a three year sponsorship deal with McDonalds.

McGuire said the new deal was about more than just money.

“This partnership will enable Collingwood to make a real difference to the lives of young people,” he said. 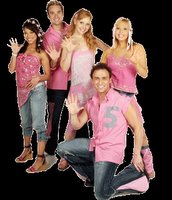 Stephen Mayne points out that not everybody — not least the British courts, in addition to millions of parents around the world — agrees that McDonalds is ‘great’ for kids (or animals, workers and the environment for that matter):

As keen students of Eddie McGuire’s vast conflicts of interest over the years, we couldn’t help but notice the amazing Media Watch story… about Ronald McDonald gate-crashing a Hi-5 spot on Channel Nine’s Mornings with Kerry-Anne…

“We were deeply distressed that Ronald McDonald was put anywhere near Hi-5. Hi-5 has no association with junk food. We do not want to be seen in print or on TV together. We did all we could to prevent the situation… Our creative director was waving at them (Hi 5 cast members) to get away from him.”

Now this is a pretty serious allegation that deserves an answer. As CEO of Channel Nine, did Eddie direct that Ronald McDonald get favourable publicity on Channel Nine after agreeing to kick millions into his football club? Given the horrors of multinationals targeting children outlined on Four Corners… Hi-5 has every right to be angry, as it damaged their fit and healthy image.

And as for me… as an anarchist vegetarian Collingwood supporter… I’m ANGRY too! 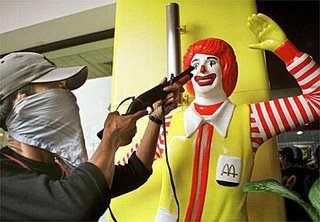 See also:
:: Mclibel – Two Worlds Collide (2 DVD Special Edition)
The story of “The postman and the gardener who took on McDonald’s. And won.”
:: McDonald’s Workers’ Resistance
:: Remember remember the 16th of October: Worldwide Day of Action Against McDonalds

I live in Melbourne, Australia. I like anarchy. I don't like nazis. I enjoy eating pizza and drinking beer. I barrack for the greatest football team on Earth: Collingwood Magpies. The 2023 premiership's a cakewalk for the good old Collingwood.
View all posts by @ndy →
This entry was posted in Collingwood, Music, State / Politics. Bookmark the permalink.