Update : Following the publication of the article by SBS about his desire to assault gays, John has now protected his tweets. D’oh! 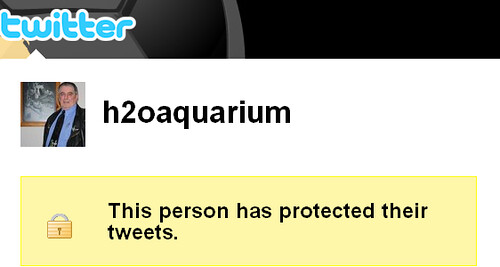 OK. So. Like… just as nobody expects The Spanish Inquisition, so nobody — in their right mind — expects political subtlety, or nuanced economic or social analysis, from the remnants of the One Nation Party. So I wasn’t terribly surprised when, in response to Family First Queensland Senate candidate Wendy Francis’ recent homophobic outburst, John Groves, president of One Nation in Victoria, expressed his support. As in, his preparedness — “love” even — for “Phoofter Bashing”. Looking at some of his other, earlier tweets, however, revealed some other, rather disturbing sentiment: 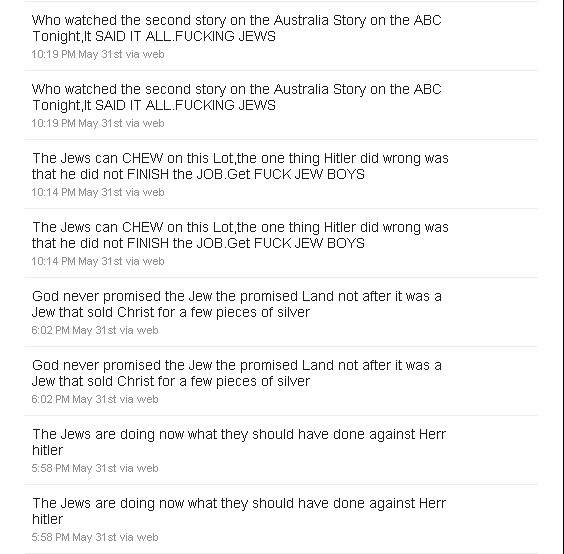 Stormfront, eat your heart out!

“Only by reforming the Nation[‘]s finances & taxation can we save Australia from the control of the CFR. [Council on Foreign Relations] moneymen… One Nation is ashamed of our Government Ministers who travel around the world with begging bowls, cringing at the feet of the CFR (Zionist Bankers) for their cut from the IMF slush funds, & borrowing money to pay for our imports, foreign aid & fund their economic mis-management of our economy, defying the Australian Constitution & abrogating their elected responsibility to the Australian people.”

I live in Melbourne, Australia. I like anarchy. I don't like nazis. I enjoy eating pizza and drinking beer. I barrack for the greatest football team on Earth: Collingwood Magpies. The 2021 premiership's a cakewalk for the good old Collingwood.
View all posts by @ndy →
This entry was posted in !nataS, Anti-fascism, State / Politics and tagged John Groves, One Nation Party. Bookmark the permalink.