Neither big nor clever! 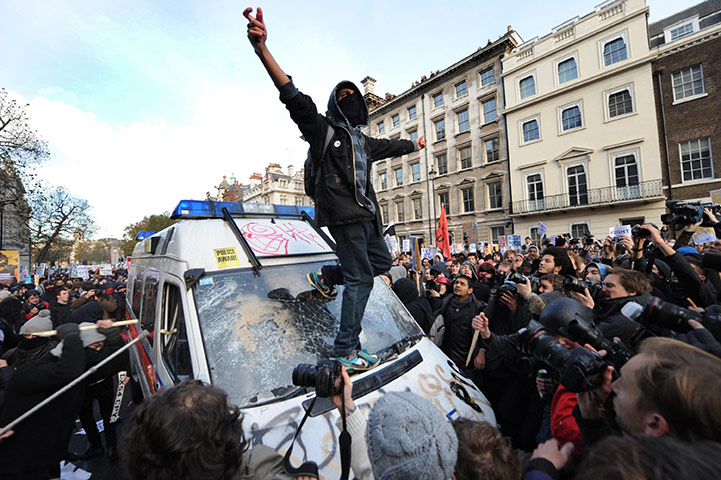 Students march in London and protest at colleges and universities across Britain against plans to raise tuition fees as part of widespread public spending cuts, guardian.co.uk, November 24, 2010.

I live in Melbourne, Australia. I like anarchy. I don't like nazis. I enjoy eating pizza and drinking beer. I barrack for the greatest football team on Earth: Collingwood Magpies. The 2021 premiership's a cakewalk for the good old Collingwood.
View all posts by @ndy →
This entry was posted in !nataS, Broken Windows, State / Politics, Student movement, That's Capitalism!. Bookmark the permalink.

4 Responses to Neither big nor clever!