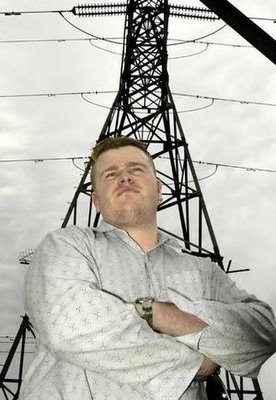 A spokesman, Luke Connors, said: “None of our members sympathises with Nazis. We’re just young blokes standing up for our own sort.”

Meanwhile, groups such as the PYL are enjoying the publicity. Mr Connors explains: “Mate, I’m going to get brain cancer from having the mobile phone pressed to me ear all day and all night. Answering membership and media inquiries.”

Connors is thus not only a liar — most, if not all of PYL’s membership is either neo-Nazi or sympathetic to neo-Nazi ideology — he also displays a cavalier attitude towards the possibly harmful effects — not only of racism — but electro-magnetic radiation as well. Perhaps Connors’ embrace of fascism is an early warning sign of mental dysfunction and possible trauma, that is, brain cancer?

Oh, and speaking of psychosis and cancers on the body politic, this is interesting:

Excerpt from Leviathan by John Birmingham about a bunch of violent nutters in the ’80s, including a deserving case who comes to a sticky end:

2 Responses to Turning Rebellion Into Money? The Psychotic Youth League