things that make me fucking angry

“The great majority of the Basij, seemingly ever-patient and self-controlled, stood for hours as kids baited and yelled, shoved and provoked. A handful of officers used well-placed elbows while batons were raised only in response to the vandalism.”

Some old-fashioned Iranian police work at the Tehran street party:

“No offence but honestly who gives a shit about some woman in Tehran.” Nowave | “If Iranians are so interesting to you, move to Tehran.” ~ Fruitsalad | Melbourne Punx Forum, June 2009

“The nationalist not only does not disapprove of atrocities committed by his own side, but he has a remarkable capacity for not even hearing about them.” ~ George Orwell, ‘Notes on Nationalism’ (1945) 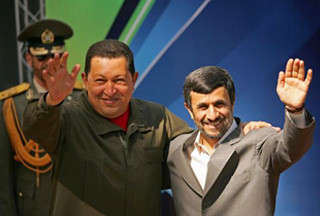 I live in Melbourne, Australia. I like anarchy. I don't like nazis. I enjoy eating pizza and drinking beer. I barrack for the greatest football team on Earth: Collingwood Magpies. The 2021 premiership's a cakewalk for the good old Collingwood.
View all posts by @ndy →
This entry was posted in !nataS, Death, Media and tagged Iran. Bookmark the permalink.