Kaneko Fumiko Is My Hero Too! 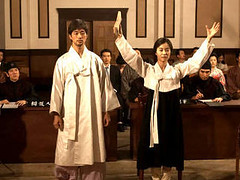 Korean television viewers will have the chance to watch a drama highlighting the life of Kaneko Fumiko, a Japanese female resistance fighter and anarchist who planned an assassination attempt on Hirohito, then the crown prince, in September 1923…

Progressives in Japan and Korea have long studied Kaneko’s life. Her political activism came to an end when she was arrested for the assassination attempt on Hirohito, which was plotted with Park Yol. The Japanese judiciary protracted her trial for three years; during the trial, Kaneko and Park justified their assassination attempt instead of trying to make excuses, which often turned the courtroom into a verbal battleground… 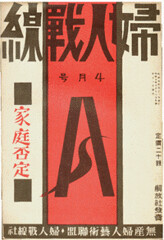 For more on Kaneko, see Hélène Bowen Raddeker, ‘Resistance to Difference: Sexual Equality and its Law-ful and Out-law (Anarchist) Advocates in Imperial Japan’, Intersections, No.7, March 2002; on ‘The Anarchist Movement in Japan’ read John Crump… and cheer as anarchists in Japan shout “No Nukes! No War! No Government!” while others — including President Koizumi — pray for peace on Hiroshima Day, 2006. 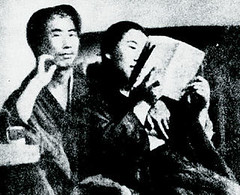 I live in Melbourne, Australia. I like anarchy. I don't like nazis. I enjoy eating pizza and drinking beer. I barrack for the greatest football team on Earth: Collingwood Magpies. The 2023 premiership's a cakewalk for the good old Collingwood.
View all posts by @ndy →
This entry was posted in Anarchism, Anti-fascism, History, Television. Bookmark the permalink.