“You will submit!” US court says to Wolf 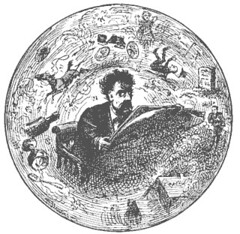 While the Australian corporate / state media maintains its silence.

A federal appeals court on Monday upheld the contempt of court citation against a San Francisco freelance journalist who is refusing to cooperate with a grand jury investigating an anarchists’ protest he videotaped.

A federal grand jury subpoenaed Joshua Wolf to acquire the 30 minutes of unpublished material, but he refused and he was ordered jailed Aug. 1. He was released a month later as he appealed his case.

The 9th U.S. Circuit Court of Appeals ruled Monday that 1972 Supreme Court precedent requires everyone, including journalists, to appear before grand juries if they have been summoned.

“The Supreme Court has declined to interpret the First Amendment to ‘grant newsmen a testimonial privilege that other citizens do not enjoy,'” a three-judge panel of the San Francisco-based appeals court wrote.

Wolf, 24, videotaped a July 2005 protest during the G-8 economic summit where anarchists were suspected of vandalizing a San Francisco police car. One city officer was struck during the rally and his skull was fractured.

Wolf sold some of the footage to San Francisco television stations and posted it on his Web site, but refused to turn over unpublished material. U.S. District Judge William Alsup found him in contempt of court and ordered him jailed, and he was released Sept. 1 pending the outcome of his appeals.

“It’s pretty preposterous,” Wolf said, adding that the decision “essentially echoes” the lower court’s ruling that found him in contempt.

The freelance journalist is the outreach director for the Peralta Community College District cable television system. He also instructs students preparing for the Scholastic Assessment Test.

Jose Luis Fuentes, Wolf’s lawyer, said he would ask the appeals court to allow him to remain free while he petitions the court to reconsider the issue with a larger panel of 15 judges.

Theodore Boutrous Jr., a lawyer for the California First Amendment Coalition and other journalism groups, said he would support those efforts.

Although the incident Wolf caught on video involved San Francisco police, federal authorities are investigating because it involved destruction of federally funded property.

Wolf claimed the federal grand jury shouldn’t have been involved because the destruction of a city police car is not a federal concern.

The court wrote that California’s shield law protects journalists “connected with or employed upon a newspaper, magazine or other periodical publication, or by a press association or wire service.”

The appellate panel said “Wolf produced no evidence this videotape was made while he was so connected or employed.”

[In other words, if you’re a freelancer like Wolf, and don’t enjoy the patronage of an employer, you do not receive the same legal protection as do employees. The repercussions this ruling has for the hundreds and thousands of independent journalists in the US — especially those engaged in documenting social protest and struggle — should be obvious. And is precisely why Wolf is being targeted.]

Editors: David Kravets has been covering state and federal courts for more than a decade.

My pen is a knife
Stabbing at the bitter truth
My camera is a gun
Shooting reality at 30 frames-per-second.
And my voice is a cannon
Booming into the night, a rallying cry.

I am a prisoner of war.
Captured in the campaign to destroy the press.
A political prisoner accused of no crime,
Another casualty in a civil war for civil liberties.

I live in Melbourne, Australia. I like anarchy. I don't like nazis. I enjoy eating pizza and drinking beer. I barrack for the greatest football team on Earth: Collingwood Magpies. The 2021 premiership's a cakewalk for the good old Collingwood.
View all posts by @ndy →
This entry was posted in Anarchism, Anti-fascism, Media, State / Politics, War on Terror. Bookmark the permalink.