OK, so the workers — as part of a generalised workers’ revolt — may not have fired the bosses and placed the factory under workers’ self-management, but still… 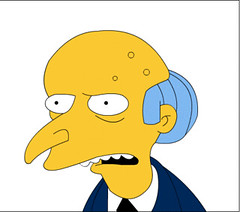 46 employees of the Mulgrave company Heinemann Electric Pty Ltd, who have spent the past 7 weeks protesting the company’s theft of a full week’s wages, have yesterday returned to work. While celebrating the victory, workers remain cautious while OH&S matters remain neglected, including the unprecedented PIN for bullying…

Workers attending an early morning meeting on 16 October 2006, were elated to hear the confirmation that management had finally agreed to their requests in the current negotiating of an Enterprise Bargaining Agreement. They had been on strike since 30 August 2006.

*** Roll over of previous EBA which the company has operated profitably under for 3 years
*** Continued guarantee of accrued entitlements
*** 12.5% over 3 years wage increase (4.5%, 4%, 4%) [inflation is currently running at over 4%, with increases to it more than likely]

*** A complete scrap of the previous EBA
*** Averaging out of working hours
*** Extension of normal operating hours to allow for a 12 hour shift on normal rates and to include Saturday and Sunday as normal working days
*** 152 hour month as opposed to 38 hour week with overtime rates kicking in only after the 152 hours have been worked
*** Forced flexi-time, potentially allowing the company to work employees 84 hours a week on normal rates, including Saturday and Sunday, and potentially stand workers down for a week to avoid overtime rates
*** The initial company offer was for a 1% per annum wage increase
*** The removal of the already guaranteed accrued entitlements

It was this initial company proposal which led to workers placing a ban on the working of voluntary overtime hours until the company returned to the negotiating table. As has been previously noted, more than half the striking workers had never been asked to work overtime hours prior to August 22, 2006, when management interviewed each employee to make up a list of “industrial action” workers who would not be paid for their normal worked hours.

We are now proud to announce that the previous EBA has been in the majority rolled over, with clarifications having been made (to the workers’ benefit), and the company has agreed to keep the existing hours of work, thus securing overtime rates. The workers have achieved their 12% wage increase, with 4% in the first year, 3.5% for subsequent two years, and 1% being paid up front.

The company also agreed to a “Sign-on Bonus” of $1,100, which is to be paid to all employees due to discrimination laws. The issue of the stolen week’s pay is still unresolved, and will rely upon due parliamentary process. We have been advised by several MPs that an investigation is underway.

Workers are keen to get on with the job, as there has been much improvising of standards in their 7 week absence. The Slegers division reports that many wrong items were sent to customers and some goods were sent without invoices, making the computer stock figures an interesting read.

Production standards are also of a concern. For example, in the moulding area, which manufactures plastic moulded cable clips, there is evidence that machines have been running with 100% re-granulated material. The regular formula never goes above a 50/50 ratio, or else brittle clips can result.

Of course, one would assume that Quality Control would pick up on such processes. However the Quality Control manager has also been a despatch clerk for the past couple of years. This makes us ponder upon the ISO9002 tick which appears on their packaging.

Workers also learned that during their time of protest, there were some workers who refused to work overtime. Strangely enough, there was no punitive action taken, no pay stolen, and they remain in the company’s new rhetoric “The Loyal”.

The first day back at work was as expected. There was a measure of attempted chest-beating by management who held meetings in each manufacturing department. For the Slegers division, this was an iconic moment as it was their first meeting ever [!] with their manager, Brett Traynor, who has held the position since August, 2005.

Brett Traynor rallied his troops with messages of “if you’re not positive we don’t want you”. It always amazes me that some managers assume they can demand loyalty and respect, without ever treating their workers in a likewise manner.

The small canteens located conveniently around the Heinemann premises have been removed, stating that this was to address some OH&S issues. The general feeling amongst workers however, is that this is merely a petty and childish move by management who are sore at their humiliating loss. No mention has been made of what is going to be done about the exposed asbestos. Asbestos, food, asbestos, food – yes, we can see how the food was the more pressing issue. It was also claimed by a manager that mouse droppings had been sighted in the factory, although when this was challenged by employees who had never seen evidence of mice in their many years in the company, the reply was “Don’t quote me on that” (I wouldn’t dream of it).

So while workers celebrate their mammoth win against the petulant management team of Heinemann Electric, and the union celebrates yet another win against the Freehills team (anyone know any good lawyer jokes?), we wait to see if the company is serious about the addressing of its outstanding OH&S notices. They’re not off to a good start on the bullying one.

The striking workers of Heinemann Electric would like to thank the ETU, most especially Shaun, Colin, and Azza who stood by us daily, took care of our financial needs, and most importantly, fed us (sorry, that should be fought for us – heh).

A big fuzzy thank you to the team from Union Solidarity, who donated their time to help keep morale up, and taught us so many wonderful chants. In the words of an absolute legend, we’ve defeated the “mangy monkey managers”.

Of course, to the many industries and unions who financially helped to keep us strong, we are very grateful. We are honoured by your generosity.

And remember – IF YOU DON’T FIGHT, YOU LOSE!

A group of terrorists hijacked a plane full of lawyers. They called down to ground control with their list of demands and added that if their demands weren’t met, they would release one lawyer every hour.

Q: Where can you find a good lawyer?
A: In the cemetery.

I live in Melbourne, Australia. I like anarchy. I don't like nazis. I enjoy eating pizza and drinking beer. I barrack for the greatest football team on Earth: Collingwood Magpies. The 2021 premiership's a cakewalk for the good old Collingwood.
View all posts by @ndy →
This entry was posted in Poetry, State / Politics. Bookmark the permalink.