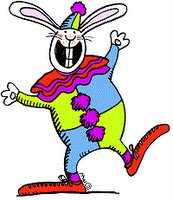 In addition to Alex Fogerty, Ben Weerheym surely ranks among one of the most deranged fascist writers in Oceania. One of his latest entries dementedly denounces the “sham” work of “jewish scientist” Jared Diamond. Genius or madman, his tone is one I think most sane people would find hard to duplicate — Baxter Basics‘ juvenile delinquent son? Ravey Davey Gravy turned net-Nazi…? — but which I guess Weerheym intends to convey his profound contempt, as a Proud Ayran Scientist, for Diamond’s “perverse and corrupt” work.

Let’s consider that for a moment, shall we?

According to Weerheym, Guns, Germs and Steel:

…is about one scientist’s hypothesis about how Man evolved, and more specifically, about why some “peoples” developed wealth, advanced cultures and technology, and other “peoples” didn’t.

Not 10 minutes into the first edition of the documentary the scientist in question asserted that “To propose that race is the basis to reasons why some had evolved more than others is perposterous”.

Yali Voiceover: Why you white men have so much cargo and we New Guineans have so little?

Voiceover: New Guineans use the word cargo to describe the material goods first brought to their country by Westerners. Cargo was regarded by many as evidence of the white man’s power. It was treated with an almost religious reverence. For their part, Western colonials typically believed that power was determined by race. They saw themselves as genetically superior to the native population. To them, it was only natural that they should have so much cargo and New Guineans so little.

Jared Diamond: To me, any explanation based on race is absurd. I know too many really smart New Guineans to believe there’s anything genetically inferior about them. It’s their ingenuity and their quickness to learn that have always impressed me. They can go empty-handed into some of the most difficult environments on earth, knock up a shelter in a few hours and survive. I wouldn’t know where to start. In this environment I’d be helpless without them. So why didn’t these ingenious people invent metal tools, or build great cities, or develop any of the other trappings of modern civilization?

If you thought ‘Hmmm, an interesting question Stanley’, go to the back of the class. Recognising that any explanation for cultural difference based on ‘race’ is “absurd” is obviously a product of the “brainwashing and pulp fiction” you were subjected to by “leftist teachers”.

Why, a sensible education would make the teaching of the “perverse and corrupt” work of Diamond strictly verboten.

[Weerheym: “And they say ZOG doesn’t control the media!”]

An alert and alarmed Weerheym does: “As thought initially by his last name of ‘Diamond’ it turns out that this fellow is a supposedly a prominent Jewish scientist and columnist.”

[Weerheym: “And they say ZOG doesn’t control the media!”]

(Well, unless you count Diamond’s first crime: the ABC, in addition to programing Guns, Germs and Steel, also programs Growing Up Gotti!)

The remainder of the content is plagiarised from a “Junior Member” of the neo-Nazi Vanguard News Network by the name of ThemeOfSadness.

What we have here is not only a failure to communicate, but a textbook case of kneejerk anti-Semitism. 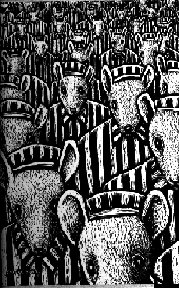 I live in Melbourne, Australia. I like anarchy. I don't like nazis. I enjoy eating pizza and drinking beer. I barrack for the greatest football team on Earth: Collingwood Magpies. The 2021 premiership's a cakewalk for the good old Collingwood.
View all posts by @ndy →
This entry was posted in Anti-fascism, History. Bookmark the permalink.