Another year, another chance to Return to the Path of Lenin and Trotsky (and/or Mao)! 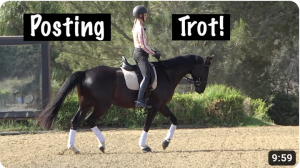 I last reviewed the guide in February 2022 (FWIW, the first survey what I done was published in January 2006).

To begin with, I’m encouraged to report that a NEW! blog has emerged: The Waterhole.

The Waterhole is a Communist blog. Its audience is the Australian revolutionary movement, and it aims to serve the interests of the multinational proletariat and the Indigenous nations in their struggles against Australian imperialism. It is completely opposed to the revisionist parties that dominate the Australian revolutionary movement. We believe the primary task of the Communists in this country is to establish a Red Faction capable of analysing Australian society and preparing for the refounding of the Communist Party of Australia. We believe that only through a revolutionary war against Australian imperialism will the multinational proletariat, the Indigenous nations, and all who are oppressed, ever achieve peace and freedom.

The Waterhole blogger gives mAAAd props to the defunct Red Eureka Movement (REM), ‘one of the most important organisations in the history of the Australian revolutionary movement. I cannot emphasise this fact enough. It was a living embodiment of Communism in Australia, then at the stage of Marxism-Leninism-Mao Zedong Thought, and it defended it fiercely.’ As it happens, one of the only references on the blog to REM comes by way of an obit (by Albert Langer, Michael Hyde and Kerry Miller) for Comrade Jim Bacon (1950–2004): ‘Jim Bacon was not just a student activist at Monash University. He was a leader of the Young Communist League and the Worker Student Alliance, and remained a revolutionary when he moved on to the labour movement. He was a disciplined Marxist-Leninist until he withdrew honourably from the Red Eureka Movement in the late 1970s’ to join the ALP in 1991 and eventually become Premier of Tasmania (1998–2004).

Sadly, the ‘Committee to Defend Chairman Gonzalo – Australia’ and ‘Red Eureka’ blogs have been silent in the intervening period, and as a result have been scratched (hopefully temporarily?) from the Guide. Otherwise:

Still having a crack :

1. (Alliance for) Workers’ Liberty
Last time, these workers were still struggling for freedom in Brisbane, Canberra, Perth and Sydney. I’m happy to report that additional newsletters have been published in the interim to further aid the struggle (which has also left Perth for Melbourne).

2. Australian Communist Party
About this time last year I wrote that Since splitting from the CPA in 2019, the ACP has continued to trod along a ‘new path in the movement for socialism in Australia’. The ACP also plays a critical role in the Community Union Defence League, a kinda Food Not Bombs for local Leninists. Since last time, the ACP has also established the ‘Green Guerillas’, a ‘collective of activists dedicated to the conservation of the environment’ (nudge nudge, wink wink), one which is certainly not to be confused with the Green Guerilla Group.

3. Bolshevik-Leninist
Has the nucleus grown? Did it split (and explode into proletarian revolution)? After three-plus years, I still dunno how the efforts of these Bolshevik-Leninists to create their own Marxist nucleus (‘a dedicated core of professional revolutionaries educated in Marxism physically concentrated in a city’) is going, but I can report that the Nucleus has continued to develop close ties to the urban(e) Marxists of Reagrupamento Revolucionário/Revolutionary Regroupment and to maintain its revolutionary intransigence in the face of the bourgeois spectacle that was the 2022 Australian federal election, noting that: ‘At the tail of the ALP and Greens a myriad of groups hang on opportunistically, aiding in giving a left cover to [party] bureaucrats. One of the most significant is “Victorian Socialists” (VS), an electoral party supported by Socialist Alternative (SAlt). Despite posing as a left alternative to Labor and the Greens, they are hardly anything of the sort.’

3 1/2. Class Conscious
CC remains more of a blog/website than a groupuscule, one armed with a political perspective which closely mirrors that of the International Committee of the Fourth International (SEP). Recently, it launched ‘Anti-War Victoria’.

4. Communist League
In 2022 the CL made the momentous decision to consolidate its forces in Sydney/close its New Zealand branch. ‘The decision will enable the party to respond boldly to key developments in politics and working-class struggles not only in Australia and New Zealand but throughout the Pacific region’, apparently. The CL otherwise operates as a franchise of the Socialist Workers Party in the United States.

5. Communist Party of Australia
‘Following the success of the Communist Party of Australia’s (CPA) 14th National Congress the Central Committee has re-elected General Secretary Andrew Irving and National President Vinnie Molina. Congress was held on 25-27 February 2022.’ While having a presence of some sort in every state, the CPA’s centre of gravity would seem to be Sydney.

6. Communist Party of Australia (Marxist-Leninist)
Founded in March 1964 as a split from the CPA, the party’s last Congress took place in June 2019; I hope and expect that the next will take place in 2023. Whether or not the yoof will join the party in continuing to maintain the legacy of Marx, Engels, Lenin, Stalin, Mao Zedong and E.F. Hill is uncertain, but the Central Committee remains hopeful that in joining, ‘[y]oung people wanting a purpose in life, wanting an outlet for their ideals, hopes and aspirations, will find these alongside those already committed to building the revolutionary movement in Australia’.

7. Communist Workers Party of Australia
A tiny split from the CPA (?) based in Newcastle, the CWPA publishes ‘The Agitator’.

8. Freedom Socialist Party
In 2023, the FSP (Melbourne) continues to trundle along and to advocate for socialist feminism. This year it will do so from a new location: its ‘Solidarity Salon’ in Sydney Road, Brunswick has re-located to Reservoir.

10 1/2. Platypus Melbourne
The Platypus Society has established a chapter in Melbourne. Like other chapters, it hosts conversations on the death of the Left (which is some kinda uncertain cat, I think?) and examines left history and ideology with a view to resurrecting it as a real social force for revolution (like some kinda old mole, maybe).

Progressive Labour Party
Sadly, after 25 years of labouring for progress as an independent party, the PLP has officially dissolved into the Australian Progressives. The AP contested the federal election in May 2022 (for negligible results) and in October 2022, the party was deregistered by the AEC. Verdict : Unlikely to appear in the next update.

11. Revolutionary Communist Organisation
The Founding Congress of the Revolutionary Communist Organisation was apparently definitely held over the 14th and 15th of January, 2023 in Brisbane. The aim of the RCO presumably remains the formation of a communist cadre for the purposes of proletarian revolution, the establishment of a workers republic, and the triumph of communism. Would you like to know more?

11 1/2. Socialism Today
ST looks very much like a blog seemingly produced by what remains of the Socialist Party after the split in the CWI. Verdict : Today yes, but tomorrow? [h/t : Comrade Delta]

12. Socialist Action
The action group formerly known as the Socialist Party (see also : ISA Australia). As of this date, there hasn’t been action from the group since mid-2022. Verdict : Future uncertain.

13. Socialist Alliance
SAll continues to maintain its federal registration (having been able to demonstrate to the satisfaction of the AEC that it has a membership of 1,500+), produce Green Left Weekly (in 2023, on a fortnightly basis), and contested both the 2022 federal and Victorian state elections — with minimal results. In Victoria, their recent electoral campaigns have also had to compete with the Victorian Socialists for the left vote. On the other hand, Monica Harte became the second socialist councillor on Merri-bek (Moreland) Council in March last year, joining Sue Bolton.

14. Socialist Alternative
Notwithstanding the 1,500 members of SAll, SAlt likely remains the largest (neo-)Trotskyist political formation/’ostensibly revolutionary organization’ in Australia. Of late, much of its efforts have been directed at supporting the Victorian Socialists. Publishes Red Flag.

15. Socialist Equality Party
The dastardly AEC deregistered the SEP in February 2022, but it motors on regardless, holding its Sixth National Congress in September last year. See : wsws.org for moar news and views from the leadership of the world socialist movement.

16. Solidarity
Solidarity is still here. Still. In December 2021 the Sydney home of a notable member of the group, Padraic Gibson, was attacked by boneheads belonging to the neo-Nazi groupuscule ‘Firm 22’, and Desmond Liddington, a bonehead from Perth, is one of several currently awaiting sentence for the crime. See also : International Socialist Tendency.

17. Spartacist League of Australia
The International Communist League (Fourth Internationalist) has been thrown into some turmoil since the death of its lvl boss, James Roberston (1928–2019) and ‘[i]t is no secret for anyone following our organization that we have been conducting intense internal discussions and qualitative political realignments over the last few years’. As a result of the upset, the last issue of Australasian Spartacist was published in Autumn 2020. Verdict : ‘They’ll be back.’ See also : International Bolshevik Tendency / Bolshevik Tendency.

18. Trotskyist Platform
TP emerged as a split from the Spartacists, but remains staunch and may even outlast them, who knows? In other news, Trotskyist Platform’s Article About Genuine Trotskyism in the 21st Century Has Now Been Issued in Print Form (September 17, 2022). Fingers crossed the Platformists open a PO Box in Melbourne to really rub salt into the wounds.

19. Victorian Socialists
Since forming a few years ago, VS has won a councillor (Jorge Jorquera in Maribyrnong) and contested several federal and state elections, each witnessing a modest increase in their vote. Dominated by SAlt, VS also comprises a caucus group called ‘Socialist Unity’. In general, assuming VS can keep the band together and the underlying upward trend in votes remains, it seems possible that it may obtain an Upper House seat at some point in the future. See also : ‘The Socialist Macro-Sect in the ‘Digital Age’: The Victorian Socialists’ Strategy for Assembling a Counter-Public’, Ian Anderson, tripleC, Vol.18, No.2 (2020).

20. Workers League
Inter alia, the blogger known as the Workers League poses serious questions to the proletariat in Australia. For example, ‘Wieambilla Shootings: Tragic Incident or False Flag?’: The MSM reporting of this incident raises instant suspicion. Call me a crazy anarchist, but with such keen analysis, I suspect the WL is more likely to ah, go viral rather than constitute a revolutionary vanguard.

• Gong Commune: is a blog by radikals in Wollongong.
• Red Ant: ‘Red Ant Collective formed because we see the need for anti-imperialist, Marxist ideas to have an organised expression. We are called “Red Ant” because we are a small grouping. Though we don’t intend to stay that way. In fact, we have big ideas.’
• Surplus Value: is ‘a network for Australian Marxian thinkers and activists’.
• The Banner Bright: is ‘a weblog about politics and social issues, with a focus on the need to build a more equal, democratic society’.
• The Word From Struggle Street: is … communist?
• Workers Bush Telegraph: ‘provides a class analysis of workers[‘] struggle’.