There are people dying…?!?

Who woulda thunk it? 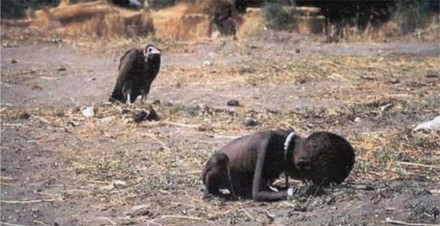 “Sudanese child being stalked by a vulture nearby. It is quite obvious that the child was starving to death, while the vulture was patiently waiting for the toddler to die so he can have a good meal.

Nobody knows what happened to the child, who crawled his way to a United Nations food camp. Photographer Kevin Carter won a Pulitzer Prize for this shocking picture, but he eventually committed suicide three months after he took the shot.”

Burial Of an Unknown Child: 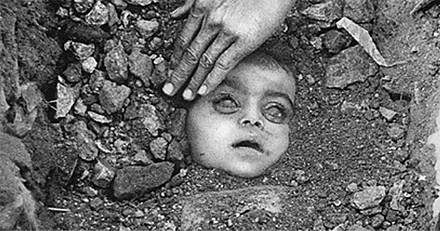 “Burial of an unknown child. This picture shows the world’s worst industrial disaster, caused by the US multinational chemical company, Union Carbide.”*

I live in Melbourne, Australia. I like anarchy. I don't like nazis. I enjoy eating pizza and drinking beer. I barrack for the greatest football team on Earth: Collingwood Magpies. The 2020 premiership's a cakewalk for the good old Collingwood.
View all posts by @ndy →
This entry was posted in !nataS. Bookmark the permalink.

3 Responses to There are people dying…?!?