Look at moi plois Ben, look at moi. Now, I’ve got one thing to say to you Ben… 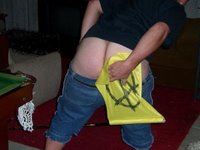 Recently, Ben Weerheym (left) saw fit to drop by the Australian Anarchy Bulletin Board and leave me some words of wit & wisdom. Posting as “anti-antifa!” in a thread dedicated to discussing the upcoming benefit gig for Fightdemback and Timur Kacharava — ‘anti-antifa!’ was, incidentally, the warcry of Timur’s vicious and cowardly murderers — Weerheym, commenting on Yidcore‘s support for the gig, wrote:

woohoo! a bunch of neurotic jews on stage? well I never!

and as a simple ‘Guest’:

somehow I don’t see this gig happening, all the anarchist punk druggie fuckwitts would be too smacked out on the couch to get off their asses.

come on, it’s getting to mid january people!

you are a cocksucker andy

Oh well. I guess this means I can cross Ben off my Xmas list?

Elsewhere, this sociopath has been scribbling manically in his defence:

What garbage you people speak. I am not a “white supremacist”. I know your type loves to use such buzz words but unfortunately you only prove your ignorance by doing so. I will not explain why I am not a W.S because you have shown that you are obviously not worth the time.

No Ben, you will not “explain” why you are not a fascist for the simple reason that you are one.

We on the free thinking and un-indoctrinated what you like to call the “right” have been on the receiving end of violence, threats, intimidation and general harassment from the likes of anarchist, marxist and “anti-racist” rabble in the past. The formation of the LEFTYWATCH list/group is to keep tabs on you and to make you more easily accountable in a legal sense for the actions you have proven you are capable of.

You may like to imagine that your critics think that you belong on the “right” — and ah, you’re right — but you’re neither “free thinking” nor “un-indoctrinated”. In fact, you’re a fascist who less than two years ago was convicted on nine (9) counts of wilful damage. Let’s refresh your memory, shall we?

…A third man, Benjamin Weerheym, pleaded guilty to nine counts of wilful damage and received a sentence of six months and one day, which was suspended for 12 months.

The court was told Weerheym had acted as driver for both Klavins and Lemin and while his culpability was equal, his level of criminality was lower than that of his associates.

The court was told the attacks – in which posters promoting the ANM were plastered on buildings alongside racist graffiti – were premeditated and carried out in a clandestine way.

The right-wing ANM is headed by Jack van Tongeren, who spent 12 years behind bars for a spate of racially-motivated fire bombings in Perth in the 1980’s.

That’s documented fact. And what exactly were your targets? A synagogue, a kosher food store and a Chinese restaurant.

And what have you done since Ben? What lessons have you learnt? Very few, it seems. You continue to rant and rave about “the Jews”, ‘Asians’ who supposedly “have their own culture and religion, form ghettoes and do not assimilate”, the perils of homosexuality and any expression of sex, sexuality or gender that goes beyond your petit-bourgeois notions of ‘decency’ (especially those which undermine, if only symbolically, the patriarchal order). And that’s just the beginning!

Not only are you a prude, you’re also a hypocrite. According to ‘Duck Monster’, you’ve threatened to not only kill him, but, in addition, to commit arson against the homes of Perth Indymedia activists. Further, he alleges you’ve: vandalised the homes and workplaces of activists you didn’t happen to like, “endangered the lives of protected witnesses in New Zealand… posted maps to houses of anti-racist activists and hinted that they should be assaulted… and… knowingly posted details to the parents’ [homes] of more than one [other] Australian activist”. Threats which, as ‘Sue Denim’ points out, you’ve yet to either retract or to apologise for. (And no prizes for guessing why: apologising for your actions only makes sense if you admit to them in the first place.) And to accuse others of the same without evidence is pathetic.

And you know Ben, “in the past” there was this thing called WWII. (Australia took part and everything.) And you know what? Australia’s enemies used the same language: we were ‘anti-fascist’ rabble under the spell of International Jewry. And do you know how many Australian casualties there were in WWII Ben? I didn’t, so I looked it up. The official statistics read:

Of course, this list of casualties fails to include all those who re-entered civilian life deeply scarred by the horrors they’d witnessed, and the many who, along with their families, suffered greatly in ‘peace’ as well as ‘war’. To sum up: there is no indication that any evidence exists that contradicts the view widely held in activist circles that you’re anything other than a sociopath — and plenty of evidence to support it. Such evidence includes Leftywatch.

According to you: “The formation of the LEFTYWATCH list/group is to keep tabs on you [‘anarchist, marxist and “anti-racist” rabble’] and to make you more easily accountable in a legal sense for the actions you have proven you are capable of”.

And as Starshark so aptly replied: “Well, you’ve dismally failed there. There’s been so much disinfo you’ve published because you’re too fucking stupid to do some basic fact checking that no-one would believe you even if you did manage to find some legit info. I’d tell you to give up, but the truth is it’s funny waiting to see if you’re going to ‘out’ the leader of the QLD national party as a ‘lefty activist’ again.”

Oh, and have I thanked you for the photograph (right) of Der Furher Daevid J Palmer? No? Well, as for your ‘corrections’…

You write: “let me clear some things up for you (I don’t know why I am doing this but I will anyhow)”. Never a truer word was spoken. “I don’t post on Stormfront, I made about 40 or so posts during the [Cronulla] saga but besides that, have not posted there for about 1.5 years.”

Yeah well, we all know that’s not true Ben.

As for your DJ-ing: if others want neo-Nazis to entertain them at their parties, so be it. I’m sure it must be convenient for you that some people think that ‘politics’ ends at their front doorstep. It must also be of great comfort to the people whose businesses and places of worship you vandalised — as well as the various groups you regularly target for villification on your website — that their “friends” in Perth think that a convicted neo-Nazi is actually quite an entertaining person. Oh well! I guess that as long as you’re not an Australian of Jewish or Asian or indigenous descent, gay, lesbian or ‘queer’, an anarchist or leftist of any description… you’re alright.

While at the parties I have had plenty of people point at me and whisper in peoples ears and stare at me. There also have been a couple of smart arses make comments out the corner of my ear even directly to my face a couple of times to which I have ignored and not retaliated to – where is the ‘violent nazi’ you speak of here?

Dunno. But if I was to take a wild guess, I’d say hoping and praying no one calls his bluff. 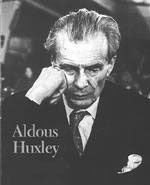 “One of the great attractions of patriotism — it fulfills our worst wishes. In the person of our nation we are able, vicariously, to bully and cheat. Bully and cheat, what’s more, with a feeling that we are profoundly virtuous.” — Aldous Huxley

I live in Melbourne, Australia. I like anarchy. I don't like nazis. I enjoy eating pizza and drinking beer. I barrack for the greatest football team on Earth: Collingwood Magpies. The 2020 premiership's a cakewalk for the good old Collingwood.
View all posts by @ndy →
This entry was posted in Anarchism, Anti-fascism. Bookmark the permalink.
Login