Apparently, this is arrest #28: buggered if I know how police have come up with that figure but. In any case, congratulations to the relevant employees at The Age and the Herald Sun on this, another small victory in the life-or-death struggle against the forces that daily conspire to destroy our Marvellous city and rend small babies limb from limb.

On the subject of media collaboration with state law enforcement, you can read ‘A day in the life’ of a real journalist named Josh Wolf — imprisoned for refusing to provide police with his footage of an anti-G8 protest in San Francisco in July, 2005 — below. In 2006, The Society of Professional Journalists awarded Josh a Journalist of the Year award “for upholding the principles of a free and independent press.” Note that, as of January 19, 2007, the US state has awarded Josh with a lengthy prison sentence for the same crime, having already been in jail for over 150 days for Grand Jury contempt. In March, Josh will become the longest-serving journalist to be incarcerated in US history. Extensive Australian media reportage of Josh’s case may be found here.

Police have charged another man over Melbourne’s G20 riots, taking the number charged to 28.

The 25-year-old man from West Brunswick, in the city’s inner-north, was interviewed and charged on Monday, according to a police statement.

He will appear in the Melbourne Magistrates Court on Tuesday to answer charges of riot, affray, conduct endangering a person and criminal damage.

Victoria Police’s Operation Salver has been working to find those involved in the violent street protests centred on the G20 summit, which was staged in Melbourne in November.

The summit was a meeting of finance ministers and reserve bank governors from across the globe. 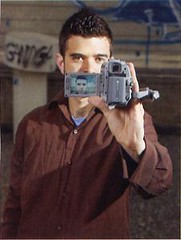 San Francisco freelance journalist Josh Wolf has spent [over] four months in prison for refusing to surrender outtakes of videos he took at an anarchist protest turned violent. Recently, Wolf wrote a letter describing his typical day inside, which should be of interest to Oakland freelance journalist Sarah Olson and Honolulu Star-Bulletin journalist Gregg Kakesako, since they both just received subpoenas demanding testimony about quotes they attributed to 1st Lt. Ehren Watada, who faces a court-martial after denouncing the war in Iraq and refusing to deploy with his unit. Wolf’s letter should also be a source of useful tips for San Francisco Chronicle reporters Mark Fainaru-Wada and Lance Williams, who face up to 18 months inside for refusing to reveal the source of closed-door grand jury testimony by Barry Bonds and other athletes about drug use. For a transcript of the letter, keep reading…

At 5:30 AM each morning, I awake to the sound of the morning guard walking down the corridor and unlocking each cell. Breakfast is available for the next few minutes, if one manages to swiftly wake up and wander into the dayroom. More often than not, I elect to stay in bed—I’m eating too much in here anyhow, and lunch is usually served before noon. On the days that I do get up in time, we are usually served what amounts to a deluxe continental breakfast featuring some combination of the following: cold cereal, some sort of cake, hard boiled eggs, yogurt and a piece of fruit.

By 6 AM, I am almost fully awake and listening to Democracy Now! on KPFA. At 6:30 AM, the guard once again locks down our cell while the orderlies clean the unit; these prisoners mop the floors, wash the windows and clean the showers five days a week. After Democracy Now!, I usually listen to KPFA Morning Show and it is these two programs which allow me to stay current with the news. I do have a subscription to the Chronicle, but by the time the paper arrives it borders on being a historic document.

Sometime between 8 and 9 AM, the guard unlocks the door to our cell again and the counselor performs his inspection to make sure that all our personal property is stowed away in our footlockers and our beds are made. If our room fails to pass the inspection then we are liable to remain locked in our rooms until lunch.

On weekdays, we are usually taken out for Rec at some point in the morning. The Rec yard is a small slag of concrete with a basketball court and a pull-up bar; there is also a volleyball net. Only half the unit is taken out each day and we alternate between playing basketball and volleyball. Some of the guys work out and others walk or jog around the yard. Rec lasts for one hour and is our only real opportunity to breathe fresh air.

We are usually served lunch sometime shortly after Rec. Lunch consists of a green salad, the occasional potato salad, some sort of hot sandwich on most days, and cookies are frequently part of the meal as well.

After lunch, we are permitted to hang out in the day room or our cells until 2:45 PM, when we are locked down for count. During this time, I usually find myself conversing with friends or watching television. Sometimes we get a game of Scrabble going and at other times I choose to spend most of my time sitting on my bed reading.

The count is usually cleared shortly after 3 PM at which time we are released from our cells and mail is delivered. I spend some time musing over my mail and by 4 PM we are frequently being served dinner.

At 5 PM, I meet up with my work out crew and we generally exercise for about 45 minutes to an hour. Although there are no weights available in the detention center, we are able to exercise most of the major muscle groups through a combination of improvisation and the use of our own body weight. After working out, I generally prepare some sort of high-protein snack and shower.

Although I occasionally watch a bit of television during the evening, I try to devote the last hour or two before lockdown to responding to the correspondence I have received. Just before 8:45 PM, I go into the guard’s office and deliver whatever letters I have finished writing, and then fill up my mug with water from the drinking fountain. By that time, the guard has usually announced lockdown and we all scamper back to our cells where we wait out the rest of the night.

After being locked down at 8:45 PM, I usually talk to my cellie for a bit, get ready for bed and oftentimes respond to another letter or two. It is during this time that I usually write my daily entry in my journal.

At 10 PM, the station I listen to while I write switches to a talk-format and I usually start reading one of my books. The library in the detention center is pretty abysmal: three book carts stuffed with stale paperbacks–but fortunately I’ve had a plethora of books sent in to me from dozens of supporters. The entire time I’ve been here, I’ve always had an enticing book to dive into and the opportunity to loan out books to many of my fellow prisoners.

After reading for a couple of hours, I find myself falling sleep sometime around midnight. A few hours later, I find myself awake and living out the same story again and again.

See also : A reporter stands up to the army, Sarah Phelan, San Francisco Bay Guardian, January 9, 2007: “Sarah Olson fights a subpoena to testify against an antiwar soldier — and faces felony charges”; Journalist or not, he’s no criminal, Chris Peck, The Commercial Appeal, January 21, 2007

“Although my plight has garnered some attention from the media, some people have been left to wonder why the story has been neglected by much of the mainstream press. The simple answer is that I am the canary in the coal mine that they are afraid to acknowledge.

Canaries were used in mine shafts to act as early warnings that the environment had become poisonous – if the bird dies then the miners knew they would be next if they didn’t do something to remedy the situation.

As an independent journalist and videoblogger, I am more vulnerable than my corporate equivalent. As an individual who focuses on civil dissent, this is doubly so. By throwing me in jail and asserting my rights as part of the free and independent press guaranteed in the Constitution, I should serve as a warning sign of things to come. It should trigger alarms to journalists far and wide; to some extent it has.

At the same time, the mainstream media has not exactly embraced the so-called “citizen journalist” movement with open arms; some are afraid their careers may become obsolete. It may be a result of this defensive attitude that many news outlets have turned a blind eye to my situation – after all, I’m not employed by a multinational media conglomerate, so how can I be a “real journalist”? But like that canary, my situation is only a precursor to what is likely in store for the future…”

I live in Melbourne, Australia. I like anarchy. I don't like nazis. I enjoy eating pizza and drinking beer. I barrack for the greatest football team on Earth: Collingwood Magpies. The 2020 premiership's a cakewalk for the good old Collingwood.
View all posts by @ndy →
This entry was posted in Media, State / Politics. Bookmark the permalink.