Yesterday, suspicious and superbly stylish Greek anarchists reportedly exploded bombs in Athens, outside a Citibank branch, and Thessaloniki, outside an office of New Democracy, in what authorities believe to be the acting out of a playful rivalry between anarchists in Greece’s two largest cities (Arsonists attack Citibank branch in Greece, [AP], International Herald Tribune, January 29, 2007). Not all Greeks appreciate the rivalry, however: according to ekathimerini, almost all (99 percent) of the 301 adult Greeks polled last week by some mob called VPRC “agreed that destroying public property and going on destructive rampages are unacceptable ways of showing opposition” to the Greek government’s sabotage of the higher education system. And it seems an ignorant journalist wants to know how the cradle of democracy could tolerate such behaviour:

In Greece, the culture of protest
Nicole Itano
The Christian Science Monitor
January 29, 2007

From nuns on strike to grenades in the ambassador’s bathroom, a squall at the cradle of democracy.

ATHENS – I was just a few blocks from home earlier this month when I saw the trouble, or rather smelled it: Ahead, black, acrid smoke spiraled into the air. As fire trucks raced to the scene, sirens blaring, a series of loud explosions shook surrounding buildings.

“A bomb,” shrugged one young woman, who minutes before had been marching in a phalanx formation of thousands of university students and teachers. She pointed to several cars on fire a block away. The TV crews were already there, jostling for the best view of flames, while employees at a nearby sandwich stall watched, smoking cigarettes to blunt the smell of burning rubber.

“That’s Greece for you,” laughed the woman’s friend as the march faded into the distance, and the group set off in search of a cafe.

As Chris Bailey might say — in a voice equal parts drawl and sneer — Alright. Athenians are a laid-back mob, it seems, with sensible priorities. Imagine, for a moment… “That’s Australia for you,” laughed the woman’s friend as the march faded into the distance, and the group set off in search of a Greek cafe in Lonsdale Street.

Greece has a long history of leftist political violence; the notorious November 17 killed 23 people, including US and British diplomats, between 1975 and its [sic] capture in 2002. By the time I arrived, though, November 17 had been dismantled. At first, it seemed somehow quaint to me that there were people who still called themselves “anarchists” — after an 18th-century philosophy that imagines an ideal stateless society — who threw petrol bombs at the relatively safe midnight hour at banks and the occasional [friends don’t let friends drink at] Starbucks, charring buildings but rarely [ie, never] causing death or injury. Most Greek radical groups have only a handful of members and serve a largely social function, [former US diplomat] Mr. Kiesling says, comparing them more to football hooligans than to Al Qaeda. 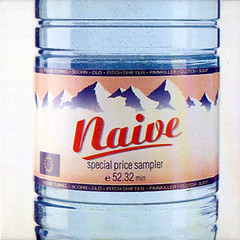 But why so much anarchy in Greece, a developed and stable member of the European Union?

“I think it’s easier to be an anarchist in a good climate,” Kiesling suggests.

[Making Kiesling a worthy (former) representative of the King, but not much of a Philosopher.]

“We think it’s important for this country to remain democratic,” he says, dismissing with a flick of his hand the small number of protests that turn violent. “They’re just doing it to make a show.”

Mr. Giannetos has been running his shop in [what people still call] “central Athens” for more than two decades. After only a year here, I’m still green. But I’ve learned to recognize the sound of a tear-gas canister exploding. I know that [people who still call themselves] “marchers” wearing gas masks and carrying red flags are looking for trouble. And when the [people who still call themselves] “garbage men” go on strike in the heat of summer, I know it’s best to dump rubbish in a bin as far from your own house as possible.

One day earlier this month, I went into the belly of the beast to ask protestors what drove them to the streets.

[I think this means that the hack in question actually travelled to parts of Athens where protesters live and work… but maybe ‘Belly of the Beast’ / η κοιλιά του κτήνους is an Athens suburb, who knows?]

“This is a culture of protest,” explained Petros Constantinou, a man I met up with at another recent student march [and a member of the Trotskyist SEK party]. In the aftermath of the country’s oppressive 1967-74 military dictatorship, he said, [people who still call themselves] “Greeks” won’t accept any limits on the right to protest. “We will defend it very seriously, with our blood.”

Mr. Constantinou wasn’t a student; he was, in fact, something of a professional agitator. Officially, he was a spokesman for the Stop [the] War Coalition, but he joined the protests of groups allied with his.

Over the loud speaker, which had been blasting local bands performing bad Greek rap and heavy metal, a man announced that some protestors had been arrested in a scuffle with police. Nearby, the clean white walls of a Hermès store were decorated with giant anarchy symbols, and the ground was littered with fliers pontificating about everything from the death of Saddam Hussein to animal rights.

I asked why so many protests turned violent.

“Most of the time it’s not the anarchists that are the problem, it’s the police,” Constantinou insisted. I wasn’t entirely convinced. I’d seen the marchers spoiling for a fight, masked and clutching nasty-looking clubs. In TV footage later, these militant protestors could be seen charging rows of police, who sprayed tear gas and held their ground, seeming remarkably restrained.

Most protestors, like 16-year-old Polydefkis Kyriakakis, a pony-tailed high school student who’d ditched school with friends, had no desire to tussle with the police. They were only there to show solidarity with university students. Her parents, she said, approved. In their day, they’d protested too.

“It’s our right to protest,” she said, lounging with friends on banners with revolutionary slogans laid out like blankets. The march was over, but no one seemed inclined to move and unblock the street. “The fact that we can close the city center each time there is a protest like this, it makes it so that people have to listen.”

Constantinou agreed. Each protest, he said, gives strength to “the movement” — a vague coalition of groups with left-wing causes.

How many protests has he gone to in the past year? He laughed.

“These days I only go to the ones that we’re organizing,” he said.

And how many times had he been tear gassed? He chuckled.

I live in Melbourne, Australia. I like anarchy. I don't like nazis. I enjoy eating pizza and drinking beer. I barrack for the greatest football team on Earth: Collingwood Magpies. The 2023 premiership's a cakewalk for the good old Collingwood.
View all posts by @ndy →
This entry was posted in Anarchism, Media, State / Politics, War on Terror. Bookmark the permalink.