End the rot // Squat the lot

“The law, in its majestic equality, forbids the rich as well as the poor to sleep under bridges, to beg in the streets, and to steal bread.” ~ Anatole France (Jacques Anatole François Thibault), The Red Lily, 1894 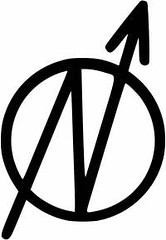 Short of cash and need a place to live?

In the Netherlands, you can get around it by squatting. There, occupying someone else’s space — as long as it has been left vacant for 12 months [until recently, this was actually one month] — is considered a right. That’s how Bart and his friends came to reside at 91 eerste Oosterparkstraat, a rundown townhouse in central Amsterdam…

In Australia too, homelessness in someone else’s world can be ‘got around’ by squatting, though the laws which relate to squatting are far harsher than Holland (or England for that matter). In Australia, there is no ‘right’ to housing, and squatting — while not in and of itself a crime — is rendered a criminal activity under more general property laws, to have and to hold from this day forward, for better for worse, for richer for poorer, in sickness and in health, to love, cherish, and to obey, till death us do part, according to God’s holy ordinance.

Melbourne has a long history of squatting, both residential and social, and Barricade has an archive of materials relating to this history, which covers the period from the late ’70s through to the early- to mid- ’90s, and which will one day soon — hopefully — be uploaded… stay tuned!

Word on the street is that Victoria Police have recently organised an anti-kraak squad. This is presumably in response to a number of recent (social) squatting activities, a housing market — especially in the inner city — which excludes the poor — especially students — and an expectation that, as wages decrease, and rentals sky-rocket, more and more people will choose to forgo enriching real estate agents and their clients, and instead squat empty housing (of which there is approximately 750,000 units Down Under). Then again… perhaps this is merely the remnants of the “Inner City Squats Committee” of 2004?

I live in Melbourne, Australia. I like anarchy. I don't like nazis. I enjoy eating pizza and drinking beer. I barrack for the greatest football team on Earth: Collingwood Magpies. The 2023 premiership's a cakewalk for the good old Collingwood.
View all posts by @ndy →
This entry was posted in Anarchism, History, State / Politics. Bookmark the permalink.

20 Responses to End the rot // Squat the lot