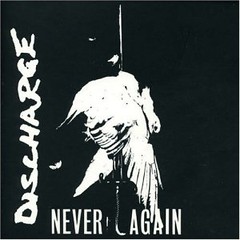 Douglas Schott, courtesy of Blood & Honour New Zealand, the New Zealand Hammerskins and New Zealand Tourism, is taking his very peculiar brand of neo-Nazi ‘Viking rock’ to New Zealand / Aotearoa on April 21, when Blood Red Eagle are scheduled to play at the Satan’s Slaves clubhouse in Wellington. Note that the gig is being held in order to help celebrate the birth of the world’s most famous dead incestuous coprophiliac Nazi dictator, Adolf Hitler, on April 20, 1889; further, that the white supremacist Satan’s Slaves previously played host to some other neo-Nazi schmucks from Australia (Death’s Head) in a similar celebration in April 2005. In addition, Blood Red Eagle played at Bulldog Spirit and Charter 77‘s favourite pub, The (neo-Nazi) Birmy in Fitzroy, Melbourne, in September, 2006 to celebrate the death of Ian Stuart Donaldson in 1993 (Stuart was the co-founder — with the dead gay bonehead, Nicky Crane — of B&H in 1987). This is the same gig which prompted a half-dozen or so incredibly manly boneheads to assault a lone woman later that same night — not that incredibly manly (just look at those tatts!) local working class ‘punks’ care.

The band otherwise happily performs at the Hamilton Hotel in Newcastle: — last performing at the venue in February, 2006.

It is unknown, at this stage, if members of the Newcastle RSL will be joining neo-Nazis from Newcastle in wishing Doug & The Boys all the best on their blitzkrieg tour, or whether or not local Wellington ex-servicemen and women have been invited by any of the groups or individuals involved in organising the gig to join them in pissing all over the graves of their fallen comrades. In any case, let’s hope Doug’s winged helmet doesn’t fall off as he paddles back to Australia in his longboat, fuelled by P.

“We will remember them.”

I live in Melbourne, Australia. I like anarchy. I don't like nazis. I enjoy eating pizza and drinking beer. I barrack for the greatest football team on Earth: Collingwood Magpies. The 2023 premiership's a cakewalk for the good old Collingwood.
View all posts by @ndy →
This entry was posted in !nataS, Anti-fascism, Music. Bookmark the permalink.