From the Department Of Arthur Kemp Is Innocent:

South African white supremacist Arthur Kemp may cringe whenever he turns on his computer these days. Kemp, a key player in both the far-right British National Party (BNP) and the U.S. neo-Nazi group National Alliance, has become the target of two ongoing Internet campaigns, one by his South African son and ex-wife, the other by American neo-Nazi leader Tom Metzger…

From the Department Of Red Peppers, Potatoes And Melons Wholesale Prices Straight From The Lock Up:

The British National Party’s continuing electoral advances have propelled the party onto the national stage and initiated a debate about why it is achieving historically unprecedented results for the far right in Britain. What is driving its recent successes, how might it be stopped and what is the role of the left in this effort? This debate is essentially over strategy: about our relation to anti-fascism and what it ought to be in today’s conditions. There is one question that is not being asked, though: is ‘anti-fascism’ the answer to the BNP? Keiron Farrow says it isn’t.

Paul Meszaros of Hope not Hate says that Keiron Farrow’s analysis of the BNP threat is complacent and self-indulgent.

Beating back the BNP in Barnsley

There is certainly a need for new ways of taking on the BNP, says Paul White, but that doesn’t mean ditching the old ways as well.

A Perfect Day for the BNP : IWCA

Labour got what it deserved – and so did the BNP, IWCA, June 11, 2009: “The Labour party is dying, and fascism is on the rise. Where does the working class go from here?” 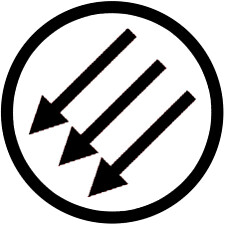 From the Department Of Bill White Is Innocent:

Six weeks after he was cleared of using his Web site to encourage violence against a Chicago juror, neo-Nazi leader William A. White has made his way back home to Roanoke.

White remains in custody, however, pending a bond hearing on similar charges scheduled for Sept. 10.

In October, White was charged with posting online the name, address and telephone number of the foreman of a Chicago jury that convicted a fellow white supremacist.

In July, a federal judge rejected the government’s theory that White solicited violence against the juror, ruling his actions were protected by the First Amendment.

But because White also faced charges in Roanoke of threatening about a half-dozen people by e-mail, telephone or online, he remained in custody.

During a brief hearing Tuesday in U.S. District Court in Roanoke, Magistrate Judge Michael Urbanski told White — who has been locked up since October — that he is entitled to another bond hearing.

Urbanski denied bond for White last year on the Chicago charge, but the 32-year-old can seek pretrial release a second time on the latest charges.

The leader of a Roanoke-based white supremacy group, White is charged with threatening a human rights attorney, a newspaper columnist, a small-town mayor and others. Most of the comments stemmed from White’s anger over racial issues.

Roanoke attorneys David Damico and Ray Ferris, who have yet to be officially hired by White but appeared in court Tuesday on his behalf, said after the hearing that they would consider a free-speech defense to the charges similar to the one that was used successfully in Chicago.

I live in Melbourne, Australia. I like anarchy. I don't like nazis. I enjoy eating pizza and drinking beer. I barrack for the greatest football team on Earth: Collingwood Magpies. The 2021 premiership's a cakewalk for the good old Collingwood.
View all posts by @ndy →
This entry was posted in Anti-fascism and tagged British National Party, Red Pepper. Bookmark the permalink.