I believe the children are our future, and so do NSW and Victorian police, who’ve promised a crackdown on truancy (that is, swapping a probably boring school day for a possibly more exciting day protesting). NSW Premier ‘Mr Iemma has backed the police action against students with a warning that “these are school days and you should be at school. If you’re a school-aged kid, your place as far as APEC is concerned is to be at school”‘ (Rhett Watson, Police target truants at APEC, The Daily Terror, August 31, 2007).

Note that in Melbourne, high school students will be assembling at Flinders Street station next Wednesday, September 5, at 1.30pm.

Whose streets? Um… our streets?

Police appear very keen to test their new toy, a $600,000 water cannon, and have subsequently refused the organisers of a march planned for September 8 permission to walk from Town Hall Square along George Street, through Martin Place, to finish at Hyde Park (AAP, Protesters, police fail to agree on APEC, The Age, August 30, 2007).

NSW Police remain tight-lipped regarding the identities of 29 individuals nominated for the Annual Australian Activist Awards. “Incoming Police Commissioner Andrew Scipione said 29 people who are viewed as a political threat by the authorities would be informed that they were on a list of nominees for the Award, but the Awards themselves will only be presented to them upon entering the Sydney CBD during the upcoming conference. He said the list would not be made public because Police were inspired by watching repeated screenings of madcap 1960s comedy The Great Race, and wanted to introduce an unusual element to this year’s Awards ceremony, ensuring nominees complied with the special legislation. “That means we will be talking with every one of those people on that list, making it clear why they are on the list and what it means,” Mr Scipione said.”

See also : SKA-TV 2004 Activist Awards — and see if you can spot the irony in the choice of soundtrack…

Get off the bus, feral scum! or Reasons to boycott Dysons

“Meanwhile, Melbourne Stop The War Coalition — set to travel to Sydney to protest next weekend — says local bus company Dyson cancelled three booked buses because they had concerns about “ferals” and wanted to remain “politically neutral”. But a Dyson spokesman said the protesters told the company they were football fans who wanted the buses for a match. Melbourne Stop The War Coalition spokesman Ben Hillier said the group had made other transport arrangements.”

“Sponsored By Multi-National Forces, Get Those Animals Off Those Horses!”

In a local sequel to Class War of the Worlds, a virus has succeeded where hip hop has failed: Police horses struck down with flu, ABC, August 29, 2007. “New South Wales Police say eight police horses are believed to be suffering from the equine influenza virus and all the force’s mounts have now been quarantined at their Redfern barracks. Mounted officers will now be unable to take part in policing the upcoming APEC leaders summit in Sydney.” 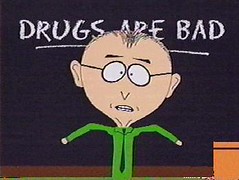 I live in Melbourne, Australia. I like anarchy. I don't like nazis. I enjoy eating pizza and drinking beer. I barrack for the greatest football team on Earth: Collingwood Magpies. The 2021 premiership's a cakewalk for the good old Collingwood.
View all posts by @ndy →
This entry was posted in State / Politics, Student movement. Bookmark the permalink.