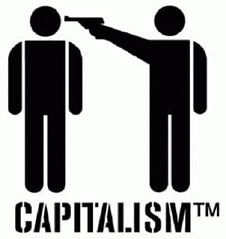 Important segments of the transnational capitalist/ruling class — including millionaire PM KRudd [sic: Deputy PM Julia Gillard took his place after KRudd cancelled] and his billionaire boss Rupert Murdoch (Murdoch appointed KRudd in April 2007) — are meeting once again in the Swiss resort town of Davos. While eating turkey and glutting wine, the bourgeois swine will be tut-tutting the fact that the same economic system that ensures they live lives of luxury also ensures that every day thousands of children literally shit themselves to death. Or, as a polite BBC puts it: “The biggest criticism [of the WEF Summit]… will be that many of the people who hope to solve the world’s problems are also those who have caused them”. Which is semi-correct: many of the ‘problems’ of the world — war, poverty, starvation, ecocide, Soulja Boy Tell ‘Em — are attributable to capitalism, but these ‘problems’, like capitalism, are systemic.

Diarrhea, known medically as gastroenteritis, is a major cause of children’s death in the world–second only to acute respiratory infections (ARI). One out of every four childhood deaths is from diarrhea, which drains the life out of at least 3 million infants and young children every year. Of these deaths, 99.6% occur in the Third World, where one in ten children dies of diarrhea before the age five… ~ David Werner & David Sanders, Questioning the Solution, Chapter 6: Diarrhea: A Leading Killer of Children, 1997 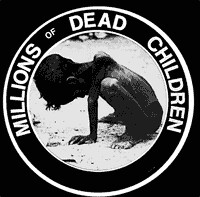 Speaking of violence, in the 27 months since the G20 Summit in Melbourne — in which a number of rock *s, in addition to bureaucrats, foreign and imported, warbled about ‘making poverty history’ — the UN estimates 24,120,000 children have died of “poverty-related” causes (one might just as well say ‘wealth-related’ causes).

In Putin’s Russia, for example, police happily collude in the fascist butchering of oppositionists. (In Davos, police have successfully contained the scum.)

The global economic crisis poses our rulers some curly questions, the most important of which is whether or not it will trigger widespread social unrest. Australia, like other countries, is headed for recession (the term ‘recession’ generally describes the reduction of a country’s gross domestic product (GDP) for at least two quarters). According to the IMF, Australia “would likely have a negative growth rate of -0.2 per cent this year” (Australia heading for recession: IMF, Anne Davies in Washington and Kerry-Anne Walsh in Canberra, The Sydney Morning Herald, February 1, 2009).

There is some good news however, as world-renowned political economist yuppie scribbler Christian Kerr retains his faith: “Capitalism got us into this mess, but capitalism will get us out. Just as fortunes have been lost, fortunes will be made cleaning it up” (Give capitalism some credit, The Australian, January 30, 2009). Why, Naomi Klein even wrote a book about it!

In Iceland, the crisis has already witnessed mass protest, and the collapse of the government (See : The Icelandic Government has Collapsed… and then what?, aftaka.org, January 30, 2009). In the UK, wildcat strikes have broken out in oil refineries. (See : Unofficial refinery walkouts ‘over foreign workers’ spread, Joseph K., January 30, 2009.) In France, “As the recession begins to bite in France, transport, education and other services are brought to a halt by a national strike demanding action on unemployment and the rising cost of living” (Ex temp, libcom.org, January 29, 2009).

Walkouts in refineries by an oil worker

I work for a contracted company in charge of the maintenance of an oil refinery in south Wales. The start of the strike occurred due to an Italian company being contracted to increase refinery capacity at the Lindsey refinery. The strikes quickly spread across the rest of the refineries, sporting the slogan “British Jobs for British workers”.

In the area where I work there are two oil refineries and two LNG terminals plus an oil storage facility. Recently due to the economic crisis workers at all of these sites have been made redundant, which is pretty much uniform across the UK and even the world. With the prospect of work coming in the form of new building projects such as the planned gas fired power stations and nuclear power stations there is hope for workers who are out of work. However due to the recession the fat cats want to cut costs. As a result they will use the company who will charge the least. It’s unfortunate that overseas companies can do the job for less than the British companies. This is where the problem began — workers recently made redundant were horrified when local jobs when to an Italian company who would use Italian and Portuguese labour.

A lot of my colleagues regularly work overseas in places such as Kazakhstan, Dubai and in other countries. When this work is offered people jump at the chance. Don’t blame the workers – it’s not their fault at all. It’s the system: capitalism. To quote one of my colleagues, “foreign workers are in the same boat as us, if were offered work we would take it.” The recent wave of redundancies had nothing to do with overseas workers “taking our jobs”. It’s the whole greedy system that is to blame. In the engineering industry, especially the oil and gas industry, the job takes you world wide. Contractors can work all over the world. As I’m sure the media is pushing this on the front pages they are doing nothing to defend the foreign workers who also face threats of redundancy and unemployment. Who can blame the workers who just want to work and support their family? What happened to international workers’ solidarity?

A. It’s under constant assault. In the meantime, KRudd has provided the reading public with another tacky souvenir of pre-revolutionary Australia.

KEVIN RUDD has denounced the unfettered capitalism of the past three decades and called for a new era of “social capitalism” in which government intervention and regulation feature heavily.

In “The Global Financial Crisis”, Kevin Rudd offers a comprehensive and lucid analysis of the current economic situation. In mid January, while on annual leave, the prime minister wrote this 7700-word essay that brings historical perspective to bear on the causes, precedents and ramifications of the worst financial crisis since the Great Depression. Sheeting home much of the blame to the neo-liberal agenda that has prevailed in Western economies over the past 30 years, he outlines a series of broad reforms – many of which, he argues, must be undertaken on an unprecedented, global scale. This major essay on the most pressing issue of our time is a unique contribution from a sitting prime minister.

In an essay to be published next week, the Prime Minister is scathing of the neo-liberals who began refashioning the market system in the 1970s, and ultimately brought about the global financial crisis.

“The time has come, off the back of the current crisis, to proclaim that the great neo-liberal experiment of the past 30 years has failed, that the emperor has no clothes,” he writes of those who placed their faith in the corrective powers of the market.

“Neo-liberalism [Bad Cop] and the free-market fundamentalism it has produced has been revealed as little more than personal greed dressed up as an economic philosophy. And, ironically, it now falls to social democracy [Good Cop] to prevent liberal capitalism [TINA] from cannibalising itself.”

See also : Recession Britain: the great debate, Will Hutton and David Cameron, The Observer, February 1, 2009: “Will Hutton, Observer columnist and one of the country’s foremost commentators on the global recession, this weekend engaged in an extraordinary email exchange with David Cameron, in the wake of his path-breaking speech at the Davos summit. In it he challenged the Tory leader to explain how he would bring about ‘capitalism with a conscience’.” | What is Rudd’s Agenda?, Robert Manne, The Monthly, November 2008 | Gloom, perplexity, divisions dominate World Economic Forum in Davos, Barry Grey, wsws.org, January 31, 2009 | wsws.org on World Economy | Join vents Reading Marx’s Capital with David Harvey : A close reading of the text of Karl Marx’s Capital, Volume I | ‘Jump! You Fuckers!’, Dan Hind, January 19, 2009 [PDF] |

4 Responses to Davos 2009 : Capitalism in Crisis