Update #4 ( January 29 ) : Just stumbled upon an article from The Frontier Times (Bulgaria’s English language newspaper) by Stefan Stefanov, ‘Aussie Go Hero or Thug?’, January 10–February 10, 2008 edition. Stefanov writes: “Experts investigating the murder and attempted murder said that the knife penetrated the victim’s back straight through to the heart – a professional stab”; the only source (outside of commentary: see Vesselin Petrunov, January 8) that I’m aware of for this claim. Stefanov also writes “Meanwhile, it was leaked to the press that Mr Palfreeman had previously been charged for attempted murder back home in Australia”, which is false. Palfreeman has never been charged with attempted murder; what happened was that a man by the name of James Atack and another man simply called ‘Matt’ went to a local paper (January 3) with allegations that Palfreeman had stabbed them at a party. Jock was never charged for the alleged crime, apparently for lack of evidence.

Update #2 ( January 8 ) : Accused Aussie refused bail in Bulgaria, says AAP. news.com.au, on the other hand, appears to have put Charles Miranda on the case, who claims that Palfreeman may plead insanity…

Update #1 ( January 4 ) : Two more articles in the press, one in The Daily Terror by Gemma Jones, the other in the Sydney Morning Herald by Malcolm Brown. Jones reports a Facebook page has been set up by friends of Jock’s called ‘Jock Palfreeman is Not Guilty’ [http://www.facebook.com/group.php?gid=16826320034], attracting 60 (now almost 90) friends; some gossip regarding Jock’s love life; and reiterates the claims made yesterday in an earlier article by herself and another hack; viz, that James Atack and someone called Matt had “almost died” in a similar attack by Jock at a party in 2004, and that the pair “later named Palfreeman as the person who stabbed them. But police did not lay charges because of a lack of evidence” (Bulgaria accused’s pals rally, January 4). Brown (Father arrives to visit jailed son, January 4) writes that Jock’s father has arrived in Sofia, and that DFAT is keeping a close eye on the case. Interestingly, Brown also writes:

In Sydney, James Atack, of Lane Cove North, who was quoted in The Daily Telegraph yesterday saying that Palfreeman had stabbed him and another youth at a party in Chatswood in 2004, confirmed to the Herald yesterday he had been quoted correctly and it was true. In his quoted statement, he said he had complained to the police but the police had not laid charges through lack of evidence. Questioned by the Herald, Mr Atack said: “I am not quite comfortable talking about this. Me and my friend agreed we would talk to each other before talking to the press again.”

One (presumably) pseudonymous commenter, on the other hand — Karlos — claims that “Jock was involved in that party, but in regards to the comment about him carrying a knife with him, he actually took the knife off one of the people mentioned in the paper as a victim as that person was threatening his brother”. And in news just to hand, another commenter called grayham writes:

this case so far is complete bullshit. i’m in sofia. jock was with me for christmas and he’s 1 of my best friends. i’ve known him for 18 months. in bulgaria first and then in england. it was self defence. there was a gang beating a gypsy. jock chased them off. they then beat him and my girlfriend. unfortunately i wasn’t there to help as i had left an hour or so before. i wasn’t allowed into court even though jock had asked me to be there. even the judge asked where i was and then told the court that i had said i hardly knew jock anyway, which is the complete opposite of my statement. i’ve given the police names of other people who were there and as yet they have not been contacted.

you would not believe the things the judge has said to jock. she has already made up her mind. as for the one thing that will help, for sure the cctv – which the police have – we have been told so far that it probably won’t be allowed to be shown as evidence.

jock and me have also had problems with racists in the past. if you look slightly alternative over here it’s enough to get you beaten up. carrying a knife here is quite normal. you’re allowed to carry guns if you want. wouldn’t you carry something if everywhere you went you see swastikas and “punks die” grafittied on the walls?

from what i’ve heard jock is lucky to still be alive and didn’t really have any choice.

for all his friends out there i’ve seen him today and yesterday and he’s ok.

can’t believe this chatswood bullshit. if he’s been found innocent that’s the end of it.

he needs his friends’ help and support – glad to see there are so many of you out there.

Speaking of support, somebody called Phil suggests a letter along these lines would be useful if sent to the relevant authorities:

I write concerning Jock Palfreeman, the British serviceman recently arrested over a fatal stabbing in Sofia.

I am most concerned that Jock will not receive a fair trial because the victim’s father is a prominent Bulgarian and all the witnesses are friends of the deceased.

The information we have received from friends in Bulgaria is that Jock was acting in self-defence after trying to help another man who was being attacked by a gang of Nazi/fascist skinheads.

I understand that legal proceedings must have their own process but would appreciate it if you could do anything to address my concerns or direct them to the relevant authorities in Bulgaria.

The address for the Embassy of Bulgaria in Canberra, Australia is below. Details of the address in London, England are available here.

Update : As an apparent result of defending himself and another man from fascist assault, it appears that Jock Palfreeman is in trouble with the Bulgarian police, judiciary and state. As is traditional, the British Army has abandoned Jock (“a phase two recruit with the British Army’s 1st Battalion Infantry Training Centre” according to a report in The Daily Terror) and he has also been denied bail by magistrate Maria Petrova — on the basis of his allegedly violent disposition. According to one report by the ABC, “In a written statement tendered to the court, Mr Freeman [sic] said he had gone to the aid of a gypsy [that is, Rom] who was being attacked”. A plausible scenario, given that Romani are frequently subject to racist attacks, both in Bulgaria and throughout Europe (as is also traditional).

In Australia, the Bulgarian Government has an Embassy in the ACT, and it may be useful to politely inform the Embassy that Jock’s friends in Australia wish to see him receive a fair trial: 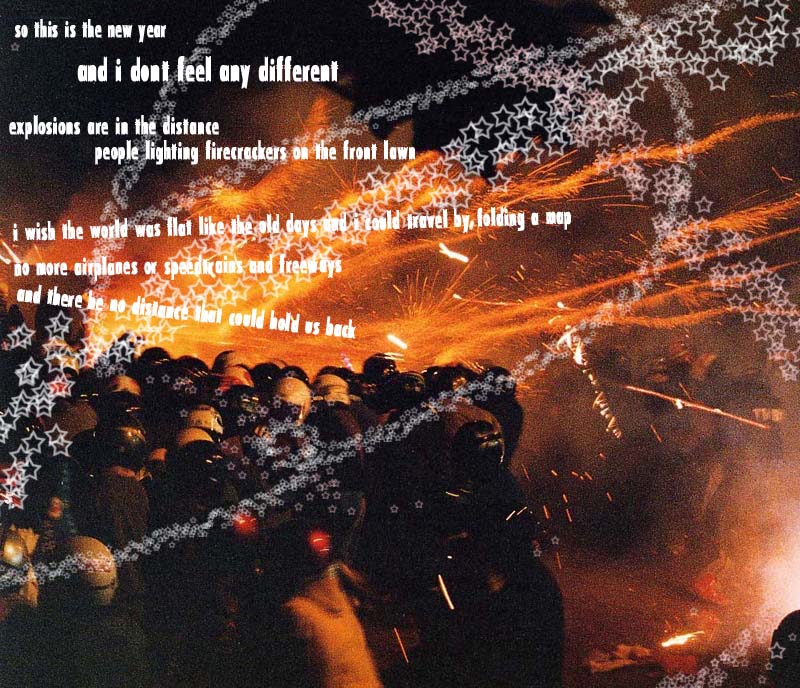 An Australian man has been charged with murder and refused bail after a knife attack in Bulgaria which left one man dead and another badly injured.

Jock Palfreeman, 21, from NSW, made a brief appearance before Sofia City Court on Monday and pleaded not guilty to one count of murder and another of attempted murder.

He was arrested last Friday in the Bulgarian capital after allegedly fatally stabbing 20-year-old Andrei Monov, the son of prominent local psychotherapist Hristo Manov, in a street brawl.

Palfreeman is also accused of attempting to murder Antoan Zahariev, 19.

According to a police statement tendered to the court, Palfreeman admitted stabbing the two Bulgarian men but insisted it was in self-defence.

Palfreeman said that while he had been carrying a knife at the time, he only pulled it out to defend himself and two other friends from a group of football hooligans who were attacking another man…

The stabbing appears to have a ‘political’ dimension, as ‘The court heard that Palfreeman was in Bulgaria to visit a friend and had been out drinking with a group of people when they saw a group of men hitting another man and shouting “fascists”‘; Palfreeman also appears to have been a teenage socialist.

I live in Melbourne, Australia. I like anarchy. I don't like nazis. I enjoy eating pizza and drinking beer. I barrack for the greatest football team on Earth: Collingwood Magpies. The 2023 premiership's a cakewalk for the good old Collingwood.
View all posts by @ndy →
This entry was posted in !nataS, Anti-fascism and tagged Jock Palfreeman. Bookmark the permalink.