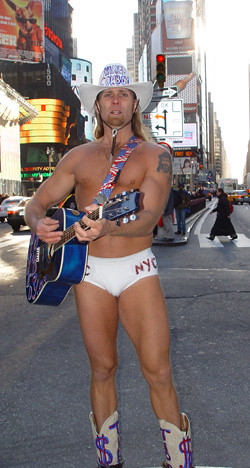 Some of this consists of anti-fascist songs. If you can think of an appropriate song to add to the list, please feel free to let me know.

[Or as Babelfish puts it: “THE GROUP: Brigada Flores Magon was born almost ten years ago, of the meeting more than probable between various individuals resulting from the alternate scene of the 80s and Parisian young people anarchopunks. Group punk rock’n’roll militant, radically antifascist and refusing very compromised, Brigada very quickly connected multiple concerts of interdependent support and others punk fiestas in all the places where it is possible to connect an amplifier!”]

Built to Spill : ‘Bult to Spull’ if you’re a Kiwi.

Christ On A Crutch : The bass player from this band now plays in some other band. True story.

Chumbawamba : Obscurity / A #1 hit in 1997 / Obscurity. Plus, they’re anarchists, and Boff once wrote me a nice letter.

Consolidated : ‘Crusading rap guys’, ‘ripping off hip-hop beats’… but I kinda like ’em.

Michael Franti [& Spearhead] : “His theory’s called hip-hoprisy / While [Consolidated’s] is based on the culture industry / Keeping the public distracted / Paralysing the artist’s potential impact / While the fascist elite / Accumulate all the wealth / And me and my posse sit and ponder our health / Which is failing / Just like our careers…”

Fugazi : Not the second album by Marillion.

The (International) Noise Conspiracy : “Times of compromising with the oppressors are now over!” Er, except if you’re a sweatshop manufacturer based in Honduras called Gildan Activewear…

Pitchshifter : David Innes — neo-Nazi, cruel torturer of the English language and wicked tormentor of common sense — is Australia’s leading member of the racist Stormfront website. Innes is also a Pitchshifter fan. Two interesting facts about the band are: “there was once an alien crop circle fashioned in the Pitchshifter image (although to this day nobody has come forward as to its origin). Singer J.S. was once assaulted on stage by right wing fanatics for his antifascist beliefs.”

Gil Scott-Heron : “There’s a big difference between putting words over some music, and blending those same words into the music. There’s not a lot of humour. They use a lot of slang and colloquialisms, and you don’t really see inside the person. Instead, you just get a lot of posturing” — Gil comments on rap in the 90s.

The Celibate Rifles : Great band. Despite being based in Sydney.

The Oppressed : Anti-fascist Oi! Defending the roots of skinhead culture and continuing to influence a new generations of skins.