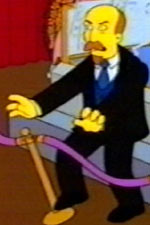 slackbastard’s Trot Guide is an overview of the current state-of-play on the Australian far left. Thus it includes groupuscules that consider themselves Trotskyist (‘Trots’) as well as those who do not.

The Guide was last updated on December 21, 2009 — and prior to that, on July 11, 2009 — at which point, sadly, there had been a number of late scratchings. Thus, in May 2008 there were approximately 30 or so ‘leftist’ (Marxist) groups / parties in existence (although truth be told some were little more than some bloke and his dog, neither of whom were in particularly good health). This represented a further decline in numbers from a previous survey conducted in August 2006.

7) Democratic Socialist Perspective (DSP). Status : alive, but seemingly proceeding downhill at a rapid rate, both ideologically and organisationally. May 2008: The DSP has expelled a minority faction named, with considerable imagination, the ‘Leninist Party Faction’ (see below). December 21, 2009: As of January 2010, the DSP has announced it will dissolve into SA.

*8) Direct Action. Status : A splinter from the DSP, formed in July 2006. Formerly known as the MSN (see below). Also ‘Community & Workers’ First’. Now dissolved into the RSP (see below).

9) Freedom Socialist Party (FSP). Status : alive, but basically stagnant, and with only a tiny number of members, almost all located in Melbourne.

*10) International Socialist Organisation (ISO). Status : alive, but in serious — and possibly even terminal — decline. May 2008: In December 2007, the ISO announced its intention to merge with two other Leninist parties, and to abandon the name ‘ISO’ for a new one: ‘Solidarity’. December 21, 2009: Dead.

*11) Leninist Party Faction (LPF). Status : The newest kid on the Leninist bloc, formed as a result of the expulsion of a minority of members from the DSP. Now merged with DA to form the RSP (see below).

12) Marxist Initiative. Status : alive, but seemingly little more than a publishing project of the PLP. May 2008: Dead link… dead initiative? No! MI carries on publishing its views via the Australian Socialist. December 21, 2009: Dead. Again.

*13) Marxist Solidarity Network. Status : another groupuscule, formed in June/July 2006, and comprised of a handful of former members of the DSP. May 2008: At some point in the intervening period, the MSN renamed itself ‘Direct Action’ (see above). Which then merged into the RSP (see below).

16) October Seventh Socialist Movement. Status : alive, in extremely poor health, and — given it consists of a handful of geriatric Stalinists — with a dire prognosis. December 21, 2009: Dead.

18) Revo Australia (Revo). Status : Revo formed following the dissolution of WP (see below). Competes with a collection of others for the title of Tiniest Vanguard Down Under. December 21, 2009: Dead.

19) Revolutionary Socialist Party (RSP). Status : NEW! Formed in May 2008 as a result of the fusion of DA and the LPF.

23) Socialist Appeal. Status : likely deceased, but still capable of sending occasional messages from beyond the grave… and re-launched via the Fightback website! December 21, 2009: Dead. Again.

25) Socialist Equality Party (SEP). Status : alive… just. The SEP essentially functions as a spectacularly unsuccessful electoral front for a handful of Sydney members of the Australian section of the International Committee of the Fourth International (ICFI).

28) Solidarity. Status : uncertain; formed in 2003 following Ian Rintoul’s departure from the ISO, the group (?) has not updated its website since November 2005. May 2008: Reports of the death of Solidarity have proven to be exaggerated, with two other Trotskyist groupuscules (the ISO and SAG) joining it to form a new! improved! Solidarity.

*30) Workers’ League. Status : if a single statement on the war in Iraq published in February 2003 constitutes life, then the Workers’ League is in exceedingly good health. December 21, 2009: Dead.

*32) Workers’ Power (WP). Status : deceased, July 2006. May 2008: Unconfirmed reports suggest that one or possibly even two splinter groups may have formed upon the dissolution of WP (see Revo, above). December 21, 2009: Dead. Still. WP/League for the Fifth International continues to eke out an existence, principally in GB.

33) World Socialist Party of Australia. Status : probably alive… if only via the maintenance of a PO Box in Melbourne.

Finally, an honorary mention must be made of Lastsuperpower.net: “A bunch of decayed Marxists and Stalinists in search of a home…” — well, that’s what some pommy bastard called Harry reckons. Then again, describing Albert Langer as a decayed Marxist isn’t all that amiss; tho’ he’s no Stalinist — from all accounts, Mao still floats his boat… more than ever.