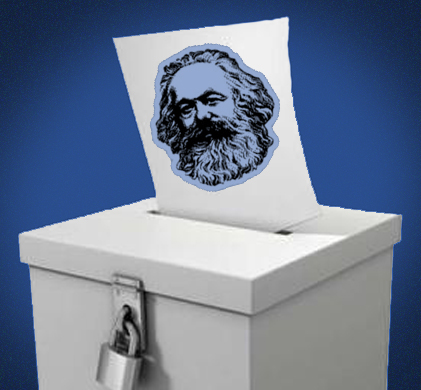 With the 2019 Australian federal election less than two weeks away, now seems like a good time to update Trot Guide (which I last updated seven months ago, in September 2018). The most exciting news is the emergence of a NEW! Communist party. But first, a handful of left parties are contesting the election: the AWP, SA, SEP and VS. While none are expected to make much of a dent in the state apparatus or cause much upset in the bourgeois parliament, the fact that the oppressed are allowed once every few years to decide which particular representatives of the oppressing class shall represent and repress them in parliament is too good an opportunity not to take advantage of, amirite?

The AWP is a new-ish formation which, rather like the Progressive Labour Party, appears to be of the social democratic left but which also, unlike the PLP, is actually standing several candidates: Ed Caruana in Lynne (NSW) and Senate teams in NSW, QLD and VIC.

The SA is running Senate candidates in NSW (Susan Price and Joel McAlear) and WA (Petrina Harley and Alex Salmon) along with Sam Wainwright in Fremantle (WA), Kamala Emanuel in Brisbane (QLD) and Mike Crook in Lilley (NSW). In 2016 the party ran candidates for the Senate in NSW, WA and VIC and four seats in the House of Representatives. This fact would appear to confirm the long, slow decline of the party (2001–) as a whole.

The SEP is standing Senate teams in NSW and VIC and running candidates in the House of Representatives’ electorates of Parramatta in Sydney, Calwell in Melbourne, Hunter in Newcastle and Oxley in Brisbane. (In 2016, the world leadership of the socialist movement ran for the Senate in QLD too.)

The Victorian Socialists are running three candidates: Jerome Small in Calwell, Kath Larkin in Cooper and Sue Bolton in Wills. For last year’s Victorian state election, VS ran candidates in every Upper House region and 18 (of 88) seats in the Lower House, but most of their energies were focused upon the Northern Metropolitan region, where Steve Jolly was lead candidate. The party fared reasonably well in the region, scoring more votes (4.2%) than all other contestants apart from Labor (42.58%), The Greens (16.76%) and The Liberals (16.48%). Given that Calwell, Cooper and Wills are also in the northern metropolitan region, VS is presumably hoping that their vote may be a little higher than would otherwise be expected of socialist candidates in these seats. Calwell is also being contested by the SEP in the shape of Peter Byrne, who had a previous crack at the seat in 2010 (gaining 1,181 votes/1.3%).

*VS was denounced by the Spartacist League of Australia as ‘just another form of parliamentarist left Laborism, with an appeal to the petty-bourgeois liberal fringe around the Greens’, which was pretty mean. In other sad news, the ICL lvl boss, Jim Robertson, died recently, as has the US-based International Socialist Organization (ISO). The ICL picks over the ISO’s bones here, while official statements regarding the group’s demise are available on its website. (Note that in Australia Solidarity remains within the iSt, as does Socialist Aotearoa in NZ.) Oh, also having a crack at VS is SEP (AKA WSWS). See : Victorian Socialists’ fake-left election campaign, Patrick O’Connor, May 2, 2019.

NB. There are several liberal and progressive parties running, including the Australian Democrats, Australian Progressives, the bizarr0 “Climate Action! Immigration Action! Accountable Politicians!” party (ex-Online Direct Democracy), Pirate Party and others. But most of the micro-party field would appear to be already occupied by racist, reactionary, religious and right-wing formations, and what progressive sentiment there is at the ballot box looks likely to be absorbed by either Labor or the Greens.

The ACP is a NEW! party, forming as a split from the Communist Party of Australia, seemingly as a result of differences of opinion regarding strategy and the resignation of its general secretary, Bob Briton. According to the ACP:

… unresolved issues regarding the Party’s work in the trade unions and with the Australian Labor Party eventually resurfaced and combined with lax recruitment practices and general ill-discipline to produce an unworkable environment for committed Communists. It was these regrettable circumstances that led the founders of the Australian Communist Party to re-establish a Marxist-Leninist party in Australia.

Finally, note that the SEARCH Foundation — one of the remnants of the OG CPA (1920–1991) — has published a Federal Election Statement which urges its supporters to join the ‘campaign to defeat the Coalition government as a matter of urgency and priority in the remaining days to 18 May’.

As for the other NEW! (as of September 2018) entries to the Guide, the Stalin Society of Australia is still keeping busy pursuing its dream of ‘rehabilitating the memory of Joseph Stalin by distributing accurate information about him to the working class of Australia’, while Left Unity SA appears to have been resting since March 2018. On the bright side, the Communist Workers Party of Australia is still workering, and you can follow the continuing adventures of the Workers League by way of redfireonline dot com.

*Oh, and for the #lulz, here’s what Rise Up Australia Party/Catch The Fire Ministries/Reformation Harvest Fire Ministries has to say about, ah, ‘Communism’: Currently in the West we are witnessing a revival of Communism combined with Islamism. Obama, who was elected on behalf of a netter social justice has defected on promises to keep the American Heritage by upholding the Christian faith, and in reality appears to be a Cultural Marxist Statesman, allied with Islam if not an Islamist himself. So there you have it! 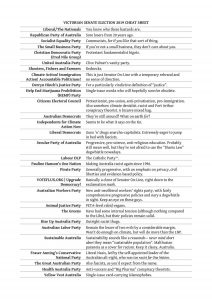