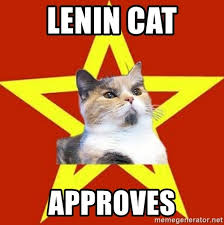 For those of you coming in late, ‘Trot Guide’ is an overview of the current state-of-play on the Australian far-left. Thus it includes groupuscules that consider themselves Trotskyist (‘Trots’) as well as those who do not. I last reviewed the scene in April 2019 (and prior to that in September 2018). At that point, there were a number of promising developments in the political ecosystem, with the emergence of NEW! groupuscules Left Unity, the Stalin Society of Australia, Victorian Socialists and the Workers League (nee ML Group (MLG)). Sadly, Left Unity appears to have permanently stalled in May 2018 and failed to leave its home in Adelaide, while the Stalin Society has been inactive for a similar period — though local Uncle Joe fans come alive on Facebook. Meanwhile, the Workers League (by way of its publication ‘Redfire Online’) has elevated itself above the pack by denouncing the rest of the left for implicating themselves in a massive hoax perpetrated by the bosses. Thus the Coronavirus circus will go down as arguably the largest ruse ever perpetrated in history. Is Covid-19 highly infectious? Yes. Is Covid-19 highly dangerous? To a very small minority it might be, depending on a whole heap of variables… : mAd props!

As for the Victorian Socialists (VS), it performed reasonably well at the 2018 Victorian state election; in Northern Metro, where Steve Jolly ran, it was pipped at the post by preferences directed to Fiona Patten’s Reason. At the 2019 Australian federal election, VS ran three candidates: Jerome Small in Calwell, Kath Larkin in Cooper and Sue Bolton in Wills. In each case they came fourth behind the majors (Labor, Liberal, Green), gaining about 4.5%.

But in news just-to-hand, the Socialist Alliance (SAll), one of the two primary groups which formed VS, has announced it’s quitting:

While Victorian Socialists showed great potential when it was formed in early 2018 and ran two big and exciting socialist election campaigns, it has not lived up to its promise to build a more united left …

… we no longer feel that the Victorian Socialist project is capable of uniting broader layers of socialists in an alliance that has the dynamic to move beyond electoral politics.

Recent decisions have shown that Victorian Socialists is not open to allowing any groups of independents, for example, to develop its political life outside of elections …

This leaves Socialist Alternative (SAlt) in the somewhat odd position, given the history of its tradition, of having — along, of course, with other, non-aligned or independent members of VS — its own electoral vehicle. Still, VS won’t collapse, and its real challenge lies in its capacity to increase its vote at the next round of electoral contests:

Local council elections are taking place in October this year and Victorian Socialists will be standing candidates in councils across the Northern Metro. In the context of the unfolding health and economic crisis, it is more important than ever to win a series of elected Victorian Socialists representatives so they can use whatever platform we can get to give voice to resistance to attempts by government and bosses to make workers’ pay for the crisis.

As for SAll, with its nominally-independent yoof wing (‘Resistance’) having folded back into its parent party (to become ‘Resistance: Socialist Alliance’) in 2014, and largely inactive, I got worry for its long-term future. The party does still regularly produce Green Left Weekly, however, and boasts two local councillors.

Disappointingly, Australia has not been blessed by an explosion of Maoism (Third-Worldism) blogs — the Global People’s War appears to have stalled in the Dandenongs sometime in the 1960s — and cannot even boast a Posadist venture. Still, you’ll find some older Maoists on teh intarwebs at blogs like C21st Left and Strange Times (nee Last Superpower). Happily though, there’s a spectral presence of Trots online, including:

We are a collection of individuals who see the need of a Marxist (i.e. Trotskyist) organisation in Australia. We defend the program of proletarian internationalism set by the Fourth International before it was destroyed by Pabloite liquidationism in the 1950s. As Marxists, we recognise that a workers’ revolution would entail liberation of all the oppressed of the world including workers, peasants, women, indigenous peoples, ethnic and religious minorities as well as lesbians, gays, bisexuals and transgender people.

B-L is a new project allied with Revolutionary Regroupment in Brazil.

Class-Conscious exists to promote the unity of the international working class in the struggle for socialist revolution. Closely-aligned to the views and perspectives of the SEP/ICFI (International Committee of the Fourth International), CC is not a party as such, but moar like a project.

Seemingly a placeholder for the IMT (International Marxist Tendency), fingers crossed the IMT recruit at least one local member prepared to update their site with original material.

BONUS! The Internationalist Communists Oceania (ICO) have formed! Unfortunately, their website is down at the moment, but they have Facebooks and Twitters and several of their articles may be found online, including Breaking from Stalinism (Intransigence, November 2, 2018) and several writings on libcom.

Still having a crack :

1. (Alliance for) Workers’ Liberty
2. Australian Communist Party — A nü/olde entry, the ACP split from the CPA in 2019 ‘after analysing the marked inadequacy of the parties of the left and deciding on a new path in the movement for socialism in Australia’.
3. Communist League
4. Communist Party of Australia
5. Communist Party of Australia (Marxist-Leninist)
6. Communist Workers Party of Australia — ‘Newspaper coming soon!’
7. Freedom Socialist Party
8. Progressive Labour Party [Facebook] — ‘With recent influx of new members we are re-launching during 2019 to expand our political impact. We invite all supporters to contact us on email to get involved in the re-launch.’ (Unlike the others on the list, the PLP is a non-Leninist grouping, and could be compared to the ‘Australian Workers Party’.)
9. Socialist Alliance
10. Socialist Alternative
11. Socialist Equality Party
12. Socialist Party — The Socialist Party has re-branded as ‘Socialist Action’. Previously a member of the Committee for a Workers’ International (CWI) — which underwent a split in 2019 — SA has instead opted to join the ‘International Socialist Alternative’, which one side in the split created in February 2020.
13. Solidarity
14. Spartacist League of Australia
15. Trotskyist Platform
16. Workers League

Not still having a crack :

9 Responses to Trot Guide May 2020 Update