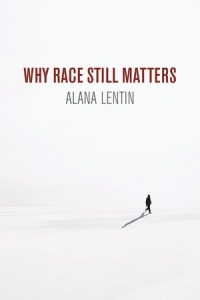 On this week’s episode of Yeah Nah, we talk to Alana Lentin. Alana [Twitter] is a race critical scholar and Associate Professor in Cultural and Social Analysis at Western Sydney University who’s just had published a NEW! book titled Why Race Still Matters (Wiley, 2020):

Race critical scholar Alana Lentin argues that society is in urgent need of developing the skills of racial literacy, by jettisoning the idea that race is something and unveiling what race does as a key technology of modern rule, hidden in plain sight. Weaving together international examples, she eviscerates misconceptions such as reverse racism and the newfound acceptability of ‘race realism’, bursts the ‘I’m not racist, but’ justification, complicates the common criticisms of identity politics and warns against using concerns about antisemitism as a proxy for antiracism.

Dominant voices in society suggest we are talking too much about race. Lentin shows why we actually need to talk about it more and how in doing so we can act to make it matter less.

Along with numerous other books and articles, Alana also recently wrote about the coronavirus as the ultimate demonstration of the real-world impact of racism for The Guardian (May 12, 2020), and was until recently President of the Australian Critical Race And Whiteness Studies Association.

I live in Melbourne, Australia. I like anarchy. I don't like nazis. I enjoy eating pizza and drinking beer. I barrack for the greatest football team on Earth: Collingwood Magpies. The 2021 premiership's a cakewalk for the good old Collingwood.
View all posts by @ndy →
This entry was posted in Anti-fascism, History, Media, State / Politics, That's Capitalism! and tagged 3CR, ACRAWSA, Alana Lentin, Why Race Still Matters, Yeah Nah Pasaran. Bookmark the permalink.