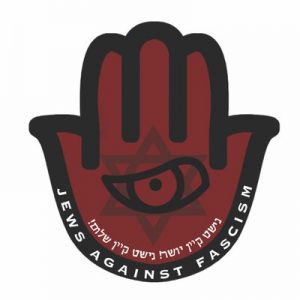 On this week’s episode of Yeah Nah, we talk to Max Keiser Kaiser about Jews against fascism. Max recently completed his PhD at the University of Melbourne (Between nationalism and assimilation: Jewish antifascism in Australia in the late 1940s and Early 1950s) and is co-host of the New Books in Jewish Studies podcast. Max’s thesis argues ‘that Jewish antifascism was a major political and cultural force in Australian Jewish communities in the 1940s and early 1950s. It charts the emergence of a non-nationalist and anti-assimilationist Australian Jewish antifascist political subjectivity, and examines its ideological basis, cultural and political practice, and the circumstances of the rapid demise of its hegemony.’ 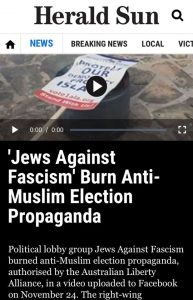 I live in Melbourne, Australia. I like anarchy. I don't like nazis. I enjoy eating pizza and drinking beer. I barrack for the greatest football team on Earth: Collingwood Magpies. The 2021 premiership's a cakewalk for the good old Collingwood.
View all posts by @ndy →
This entry was posted in Anti-fascism, History, State / Politics and tagged 3CR, Jews against fascism, Jewsagainstfascism, Max Kaiser, Yeah Nah Pasaran. Bookmark the permalink.