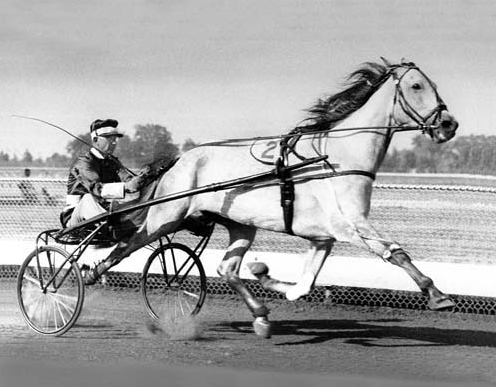 Gosh and bother and tish and fiffle: it’s been just over four years since I last formally updated Trot Guide (April 10, 2012). At that stage I counted a mere fifteen political organisations on the far left — mostly Trotskyist in orientation. The Bad News is that it appears that at least two of these organisations are now extinct; the Good News is that at least two more have emerged — and that’s just in the last few months!

1. The Alliance for Workers’ Liberty (AWL) is still kicking. Its March 2016 newsletter [PDF] contains an account of ‘Fighting fascism in Australia’ by Riki Lane, which concludes ‘All the approaches taken – counter demonstrations; getting unions to take a better stand; broad anti-racist organising – need to be pursued and coordinated. A useful approach could be to build a broader coalition of all the existing groups on a national basis. The key however, is to get the organised labour movement active in fighting this threat.’ Ho hum. The group appears to be strongest in Brisbane, with supporters in Canberra, Melbourne and Sydney.

2. The Communist League (CL) is also still kicking, though one suspects it would struggle to field a football team. 5-a-side, maybe? For reasons which escape me, the CL was invited to attend the anarchist bookfair in Melbourne in 2012, but I don’t think they’ve been back. In any case, you can subscribe to The Militant and buy their titles from their office in Sydney. PS. The indefatigable Ron Poulsen scored 148 votes in his tilt at a seat in the Senate at the 2013 federal election.

3. The Communist Party of Australia (CPA) remains steadfast in its commitment to Communism, which in the last few years has also managed to find expression at the ballot box. Sadly, The Communists were de-registered by the AEC in May 2012 ‘because the party failed to prove it still had 500 members eligible for enrolment’. That said, the Communists are still keen to contest, so ‘If you’re on the electoral roll and would be prepared to help out, please contact us at [email protected] or ring Bob Briton on 0418 894 366’. What else can be said? Well, they still heart Stalin, and you can read a recent (October 2015) apologia for his rule (by Rob Gowland) in The Worker’s Weekly — Anti-Soviet propaganda and Stalin (Part 1) and Cold War propaganda offensive (Part 2). Strongest in NSW, the CPA has a presence in Adelaide, Brisbane, Darwin, Melbourne and Perth.

4. The Communist Party of Australia (Marxist-Leninist) (CPA-ML) has had some troubles adapting to the twenty-first century. In Bad news for spotters, the organisation suspended publication of its newspaper, Vanguard, in 2014, the last print edition appearing in December 2014 [PDF]. First published in 1963, inter alia, ‘The decision to go fully online has been made in recognition of the fact that most young people use the internet as their primary source of news and communication’. Duncan B. writes: ‘I still have a copy of the very first Vanguard published over fifty-one years ago in September 1963. It is interesting to read the editorial of the first Vanguard. Under the heading “Why Vanguard is Published”, the editorial says, “The publication of Vanguard is an historic event. It is now the only paper which upholds the universal truth of Marxism-Leninism. The paper has a big and noble job to do. Its main task will be to give a Marxist-Leninist analysis of the major events of our time.”’ See also : The Explosion Point of Ideology in China (1967) / China: reading guide (libcom). The CPA (M-L) may be contacted through the Vanguard at PO Box 196, Fitzroy, Victoria, Australia 3065 or via email ([email protected]).

5. Feminism + Trotskyism = Freedom Socialist Party (FSP). The FSP is based in Melbourne and maintains a shopfront called Solidarity Salon on Sydney Road, Brunswick. Steady as she goes …

6. NEW! ML Group (MLG). The MLG (Marxist-Leninist Group) announced its existence online in a post on the MLG blog titled ULTRA-NATIONALISM, RACISM AND BIGOTRY ARE NO SOLUTION. WORKERS CAN DEFEAT FASCISM! ALL OUT ON APRIL 4! Alright! You can read the MLG’s PROSPECTUS! and its CONSTITUTION! and much, much more on its blog.

7. Formed in November 1996, the Progressive Labour Party (PLP) doesn’t appear to have made much progress since 2012. They still have a website, however, and will no doubt be active at the 2016 federal election. The party seems most active in Newcastle, NSW. In 2013, it endorsed Susanna Scurry, who ran as an independent for the federal seat of Newcastle and scored 1,026 votes (1.2%) for her troubles.

9. The Revolutionary Socialist Party is no more. It has ceased to be. It’s expired and gone to meet its maker (etc., etc., etc.). Formed as a split from the DSP (now SA) in 2008, ‘At its final congress on 28 March 2013, the RSP voted unanimously to merge with Socialist Alternative’. See also : RSP and SAlt, Old-Style Opportunism: “Death of Communism” Lash-up, Australasian Spartacist, No. 219, Autumn 2013.

10. The Socialist Alliance (SA) was founded in 2001, has had many ups and downs, and is the organisation into which the Democratic Socialist Party finally dissolved itself in 2010 (being essentially the only group remaining within the Alliance). The intervening four years appear not to have witnessed any growth in SA, the organisation seemingly having been eclipsed by SAlt, but its support is arguably more geographically spread than SAlt’s, having contacts in every capital city and many regional centres. Currently, SA boasts two local councillors (Sue Bolton in Moreland and Sam Wainwright in Fremantle), produces the Green Left Weekly newspaper and is having a conference in Sydney in May titled Socialism For The 21st Century. SA will also be fielding candidates at the 2016 federal election. PS. Two formal tendencies have emerged within SA in the last year or so: ‘The Witches’ (?!) of Adelaide (May 2015) and ‘The 21st Century Socialism Tendency’ (April 2016).

11. Socialist Alternative (SAlt) is almost certainly the largest organisation in this edition of Trot Guide, just as it was in 2012. SAlt benefited from the absorption of the RSP in 2012/2013, while it’s yet to produce a splinter. Occasionally compared to a political kvlt by some of its harsher critics, I semi-seriously examined the claim in June 2013 and concluded that the answer was ‘no’. A highly critical account of the organisation is provided by Liam Donohoe in ‘My Salty Summer’ (Honi Soit, March 15, 2016). PS. Apologies to the SAlt member who waxed lyrical to me about the party and its many activities some months or years ago when I last made noises about updating the Guide.

12. The Socialist Equality Party (SEP) AKA The International Committee of the Fourth International modestly describes itself as the ‘leadership of the world socialist movement’ and frequently disparages its rivals (mostly SA and SAlt) as ‘pseudo-left’. The yoof wing of the SEP — International Youth and Students for Social Equality (IYSSE) — has been engaged in a ding-dong battle with various University authorities over the last few years, including at Melbourne, where a bunch of kids on the Clubs and Societies Committee have failed to recognise the world-historical mission of the IYSSE/SEP/ICFI and refused to allow its supporters there to formally register as a Club. To add insult to injury, the sneaky little yuppies have even had the temerity to suggest that the junior members of the local branch of the leadership of the world socialist movement join the SAlt Club instead! The SEP frequently contests elections and will do so again at the 2016 federal election.

13. The Socialist Party (SP) was, until very recently, steady-as-she-goes. In February 2016, however, 14 members of the party — including Yarra councillor Steve Jolly — decamped, publishing an open letter alleging that the SP was guilty of engaging in a ‘cover-up of allegations of violence against women’ and stating that they ‘will not remain complicit in the silencing of victims of abuse’. The SP, for its part, issued a rebuttal, which you can read here. The folks who resigned from the SP are still flying the red flag as part of something called ‘The Socialist’; the SP remains mostly a Melbourne thing.

14. Solidarity remains the Official representative of the International Socialist Tendency Down Under. Blogger John Passant is a member, while Jim Casey, the Greens candidate for the seat of Grayndler in NSW, was attacked earlier this year for his former membership of the ‘International Socialists’, the group out of which, by various permutations and combinations, Solidarity formed and which stands in the IS tradition. Solidarity may be found in Brisbane, Canberra and Perth but mostly Melbourne and Sydney. See also : Marching Down Marx Street by Tom O’Lincoln on the history of the Cliffite tendency in Australia.

15. The Spartacist League of Australia AKA International Communist League (Fourth Internationalist) is ace and grouse and my personal favourite Trot group. It has members in Melbourne and Sydney and calls the SEP ‘Political Bandits’ and ‘Scab Socialists’, SAlt ‘Cheerleaders for Capitalist Counterrevolution’ and so on and so forth.

17. Trotskyist Platform (TP) split from The Spartacists over a decade ago. TP hates fascism and racism almost as much as it hearts North Korea — which is A Lot. You can read about The Planks on Which Trotskyist Platform Can Stand Solid And Work Hard to Help Build The Communist Movement here and also An Eyewitness Account of North Korea and Its People: Bravely Building a Friendly, Socialistic Society While in the Cross Hairs of Imperialism here. PS. TP write ‘Though we in Trotskyist Platform have sharply differing political views to the anarchist who runs the Slackbastard blog and who has initiated the 2nd May [2014] counter-mobilisation to the fascist threat, we applaud the initiative he has taken and are thus actively building this action.’

Which I think is probably the only mention, let alone props, I’ve been given by any of the above groups in over 10 years of blogging … LOL.

• ‘Trot Guide’ is a neat categorisation but the political designation does not obviously, apply to the CPA, CPA-ML, MLG or PLP.
• Despite a hopeful sign in March 2013, the League for the Revolutionary Party/Communist Organization for the Fourth International (Australia) appears to have closed its post office box in North Melbourne.
• SA and SEP will be fielding candidates in the upcoming federal election; fingers crossed, so will the CPA, CL, PLP, SP and maybe even The Socialist will run.
• The online archive at Reason in Revolt has a range of documents on Australian socialist and radical groups: ‘Reason in Revolt brings together primary source documents of Australian radicalism as a readily accessible digitised resource. By ‘radical’ we refer to those who aimed to make society more equal and to emancipate the exploited or oppressed. Reason in Revolt is an expanding record of the movements, institutions, venues and publications through which radicals sought to influence Australian society.’ 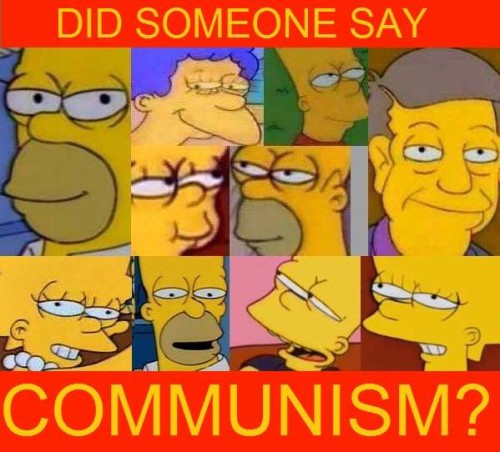