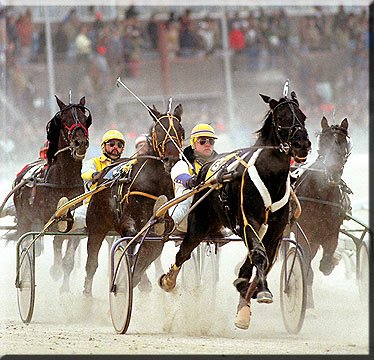 Now, exactly how many Trot groups are out there has long been a matter of speculation. Most experts, however, agree that 57 is the most likely figure. In Australia, we find quite a lot less than this number, which naturally suggests that the most recent group to split has yet to decide on a name. Rest assured that when he and his dog do finally arrive at a suitably arresting title, you’ll read it here first. In the meantime, here’s a rough A-Z guide to Australia’s dwindling (neo-)Trotskyist sects:

1) The Communist League (CL). The CL split from the SWP in 1986. It stood one candidate in the 2004 Federal election, and no doubt thrilled to the 335 first-preference votes it gained as a result.

3) The Freedom Socialist Party (FSP). Formed in 1983, the FSP publishes the Freedom Socialist Bulletin and is also part of the Socialist Alliance. Essentially a North American phenomenon, the FSP appears to be what happens when you cross feminism with Trotskyism and to have its strongest — perhaps only real — base in Melbourne. These ‘revolutionary feminists’ appear to be in a class of their own.

5) The Socialist Action Group (SAG). The SAG publishes a zine called Red Alert, and apparently formed as a split from Socialist Alternative in 2004. Tiny and with a membership that appears to be almost entirely located in Brisbane.

6) The Socialist Alliance (SA). Publishes Seeing Red (although probably not for much longer). Easily the largest (neo-)Trotskyist political formation in Australia, dominated by the DSP and ISO. “The Socialist Alliance was formed on February 17, 2001, by eight socialist groups and parties that saw an urgent need for greater left unity in Australia at a time of escalating government attacks on the rights and living conditions of workers and the poor, in Australia and overseas. The founding conference of the Socialist Alliance took place in Melbourne on August 4-5, 2001.” Its dismal electoral performance, together with the DSP’s typically clumsy attempts to establish hegemony within the SA, suggests that it won’t be too long before the Australian SA goes the way of its British predecessor, with the DSP in Australia fulfilling the same function as the SWP in the UK. (“The SA was wound up in February 2005, having been moribund for about a year. In March, a few groups and former members of the SA, who did not join in the Respect Coalition, met as the Socialist Alliance (Provisional). On November 12, 2005, most but not all of the provisional grouping met again and claimed the name of the Socialist Alliance.”)

9) Socialist Democracy (SD). A Trotskyist groupuscle that formed as a result of a split in the Progressive Labor Party in 2000. Alleged to be ‘close’ to the USFI.

10) The Socialist Equality Party (SEP). It’s the Australian section of the International Committee of the Fourth International. Formed in 1972 as the Socialist Labor League, in the last few years it appears to have ceased most activism outside of maintaining a website, although it did stand a candidate — Mike Head — in the 2005 Werriwa by-election, gaining 458 (0.68%) of first-preference votes (in 2004, Head gained 497 votes (0.6%)). In fact, the SEP/WSWS stood several other candidates in the 2004 Federal election: “Nick Beams and Terry Cook for the Senate in New South Wales, James Cogan in the Sydney eastern suburbs seat of Kingsford Smith, Mike Head in the Sydney western suburbs electorate of Werriwa and Peter Byrne in the northern Melbourne seat of Batman”. Results suggest that the socialist revolution is more than just a t-shirt away for the SEP: James Cogan received 214 votes or 0.3% of the total and Peter Byrne even less: 201 votes or 0.3%. And ah, Nick Beams and Terry Cook received a miserly 99 (00.0%) and 17 (00.0%) (out of a possible 4,117,674) votes respectively, for a grand total of 0.0002% of the vote.

*11) The Socialist Labor Party of Australia (SLP). The SLP was formed in the USA in 1907. Or possibly 1890. The Australian branch appears to be just that. (Oh, and the SLP proudly proclaims itself to be “the home of Marxism-De Leonism”, so strictly speaking, it’s not actually ‘Trotskyist’.)

12) The Socialist Party (SP). Until January 2000, the SP was known as the Militant Socialist Organisation (MSO). The SP has distinguished itself from the rest of the Trotskyist pack by actually being successful at contesting an election… A member of the Committee for a Workers’ International.

13) Solidarity. One of the most recent additions to the Guide, Solidarity formed in 2003 as a split from the ISO, and is led by Ian Rintoul.

14) The Spartacist League of Australia (SL). My personal favourite. Unreconstructed Trotskyists and proud of it. Publish the Australasian Spartacist and member of the International Communist League (Fourth Internationalist).

15) Workers’ League. Another tiny sect, it too is a member of the SA, is currently aligned with the International Workers League (Fourth International) and is closely associated with Bob Gould’s circle (see below).

17) Workers’ Power. See above. I first encountered this mob in 2000, and again last year at the Sydney Social Forum. Member of the League for the Fifth International.

*18) The World Socialist Party of Australia. Formed in 1996, but kept a close family secret, it allegedly publishes Socialist Comment (I can find no reference to it anywhere I look). One of the more obscure parties, it’s the local chapter of “The World Socialist Movement (WSM)… an international organisation of socialist parties. They are revolutionary Marxist but not Leninist. All the parties, except the Austrian BDS, began as offshoots from the Socialist Party of Great Britain; WSM members in countries without a companion party of their own are as a rule SPGB members.” Sure to take the world by storm… very, very slowly.

OK folks, that’s just about all for now. (Incidentally, most of the information contained herein is based on that available at the Leftist Parties of the World site; the Australian section in particular.) In the meantime, you could do worse than refer to Ozleft for gossip and discussion of the latest batch of resignations. However I really do need to conclude by way of quoting David Greason (I was a teenage fascist, pp.244-246) on the Spartacists:

I wanted to join the Spartacist League. True, we used to laugh at them; in fact everyone laughed at them, but in their isolation lay their appeal. The Spartacist League was this bad-tempered Trotskyist group that had probably no more than twenty — no, make that thirty — members throughout the country mainly based on campuses like LaTrobe and Sydney. We occasionally had run-ins with them, although they tended to keep their distance because they imagined that we were out to kidnap them individually and dump the bodies in shallow graves off Rye backbeach. We wouldn’t have done; there were plenty of leftist groups clamouring for that opportunity.

Since the early 1970s, the Australian left had been more gauche than sinister, despite what groups like People Against Communism said. That was the appeal of the far-right, I guess: groups like the League and the Nazis were either nutty or offensive, both of which amused me no end; or it spoke such unambiguous commonsense (like the British NF or the Alliance) that you couldn’t help but identify with it. Well, at least I couldn’t. Most of the left, on the other hand, was dull and earnest and out of touch. You just had to read the left’s papers or, even better, look at the miserable faces of the people selling them. How they ever recruited was beyond me. I certainly didn’t fancy spending my Saturday afternoons in draughty meeting rooms discussing Marx’s Theory of Surplus Value. If I’d wanted to learn that sort of thing I’d have paid attention in fourth form economics classes.

That was the beauty of the Spartacist League. They had this paper, Australasian Spartacist, and virtually every issue had at least one page devoted to sectarianism. Yes, they were Marxists, and yes, they also ran pages of boring leftist tripe that they no doubt thought had some appeal to the working masses — the very same working masses who would never buy their paper, week after week after week — but they specialised in airing the dirty laundry of all the other rival left groups around: the Maoists, the Eurocommunists of the CPA, the Send In the Tanks Stalinists of the Socialist Party, and all the other cheek-by-jowl rivals to the title of Trotsky’s heirs — the Socialist Workers’ Party, the Socialist Labour League, the Communist League (were they still going?), the International Socialists, etc. etc. No wonder they were generally considered to be police agents.

The politics would have taken a bit of getting used to, but that certainly wasn’t beyond the realms of possibility. I envied them. They knew what they believed. They knew who they hated, and why, and it was all footnoted and there was never any room for error and they could pick up deviationism from the most innocuous slip of the tongue and they were as hard on their own people as they were on everyone else and by Christ they were hard on everyone else. No one was good enough for them.

The line was laid down, probably in the US, and you’d know pretty much from the start what you could like and dislike and it would all be explained and there’d be references and cross-references in all the back issues of Australasian Spartacist so no one could just make it up as they went along…