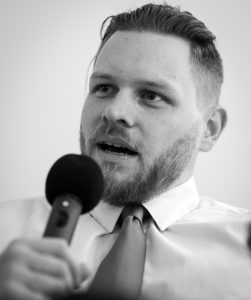 It’s 2022, we’re back on 3CR with our one hundredth episode of Yeah Nah Pasaran! and Jock Palfreeman [Facebook/Patreon/Twitter] is our very special guest. I’ve been following Jock’s trials and tribulations since their beginning, but for those of you coming in late, Jock was imprisoned for 12 years in Bulgaria after defending someone from a neo-Nazi assault. He was released from prison at the end of 2019 and continues to campaign for prisoners’ rights; the International Day of Solidarity with Antifascist Prisoners originated in 2014 as a Day of Solidarity with Jock Palfreeman. While Jock has since been released, there’s still hundreds of others who remain imprisoned for standing up against fascism and hate.