Update (October 16, 2019) : Jock Palfreeman released from Bulgarian detention centre after being granted parole, ABC. Jock needs financial support for ongoing legal costs and living expenses while he awaits the court’s decision. You can donate to him here.

Update (October 2, 2019) : Originally scheduled to meet on October 23, Bulgaria’s Supreme Court of Cassation is instead convening on October 7 to address the application from Bulgaria’s Prosecutor-General to overturn Jock’s parole. 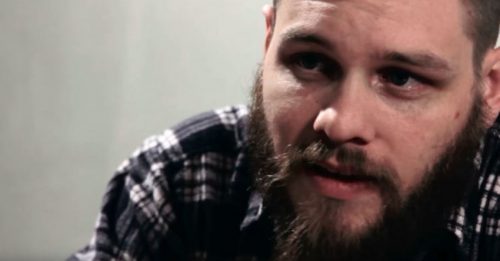 • As you may be aware, Jock Palfreeman is currently languishing in a migrant detention centre in Sofia, despite having won his parole a few weeks ago.

• I’ve written an article about Jock’s situation for Overland, which you can read here.

• Last week, Cam & I interviewed Caro Staples about Jock’s case, which you can listen to here.

• Ash Dupre started this petition to Scott Morrison (Prime Minister of Australia) to Bring Jock Home, which you can sign here.

• Antifa International has published a call-to-action:

IT’S TIME FOR US TO TAKE ACTION TO DEFEND JOCK!

1) Write to the Bulgarian ambassador in your country to demand that Sotir Tsatsarov revoke his appeal of Jock’s parole and that Bulgaria immediately release Jock. Find a list of Bulgarian embassies here.

5) Share this information widely – an immediate, large, and vocal response from Jock’s supporters around the world may be the difference between Jock’s freedom and nine more years in a Bulgarian prison!

• A solidemo has been organised for Thursday, October 10 in Sydney:

I live in Melbourne, Australia. I like anarchy. I don't like nazis. I enjoy eating pizza and drinking beer. I barrack for the greatest football team on Earth: Collingwood Magpies. The 2021 premiership's a cakewalk for the good old Collingwood.
View all posts by @ndy →
This entry was posted in Anti-fascism, Broken Windows, Death, History, Media, State / Politics, That's Capitalism!, War on Terror and tagged Bulgarian Prisoners' Association, Bulgarian Prisoners' Rehabilitation Association, Jock, Jock Palfreeman. Bookmark the permalink.