Weasel words from Weerheym (I)

After a regrettably short absence, Ben Weerheym is back. Again. With another list of lies, half-truths and excuses aimed at whitewashing his recent and extensive history of public bigotry, ignorance and stupidity; a history which now threatens to land him, again, rightly or wrongly, in court.

Please let me elaborate on why I feel this.

Claimed by Weerheym to be ‘press releases’ — although I somehow doubt that they’ll be picked up by AAP — Weerheym’s last three posts address three separate issues. First, the ‘Patriot Alliance Down Under’. Secondly, Fightdemback. And finally, Weerheym is a little worried about a recent article by Fran Spencer in The West Australian: ‘Racist Perth web site under investigation’.

Weerheym claims to have been “personally offended” (sob) by Fran Spencer’s article, and denies that:

i) he is a “white supremacist” (as Spencer’s article correctly labels him);
ii) his blog, avoiceofdissent, “openly threatens individuals”;
iii) his criminal record is as extensive or significant as Spencer claims and;
iv) ‘”posts on the Patriot Alliance Down-under blog have included references to “oily dune coons”, “sandniggers” and “the Asian invasion”‘.

i) A poor command of the English language (a typical and especially amusing attribute of ‘White supremacists’), in conjunction with various forms of cognitive dissonance previously unknown to science, makes reading Weerheym hard work. 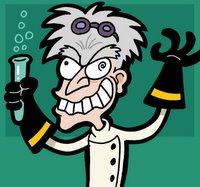 Wearing his Mad (pseudo-) Scientist hat, Dr. Weerheym opines that “because of recent advancements in scientific fields such as genetics, biology and paleo-anthropology, I understand that race is not a social or political construct and that race does represent différance“.

Unfortunately, Dr. Weerheym presents no evidence to justify his thesis. Further, it hardly explains his periodic outbursts of murderous rage at Jews, blacks, gays, anarchists, Marxists, leftists and ‘multiculturalists’. Nor does it provide a rational justification for Weerheym’s espousal of white supremacy or fascism. Perhaps the only thing it does provide is an opportunity for Weerheym to identify himself as a ‘victim’:

I beleive [sic] that all races and their assorted ethnicities [sic] have a right to life and deserve self determination. Upon realization that the specific race that I belong to represents fewer than 10% of the global population, I decided to pay more attention to the promotion of those of European lineage. I mean no harm to any person out there but because of these beleifs [sic], I have been vilified, victimized, smeared and pretty much demonized. I still don’t know why this is so.

ii) “Never has any author featured on the PAD website or sister site ‘Leftywatch’ ever threatened any individual that may have been featured on either website.”

A straight-out, and easily demonstrable, lie. In reality, Weerheym and his fascist comrades have issued numerous threats of violence towards anti-racists, including but not limited to those individuals that appear on his blog(s). Here’s a sample of Weerheym’s own rather pathetic attempts at intimidating his opposition:

Exhibit A, in which Weerheym bravely compares himself to a (neo-)Nazi terrorist… (I wonder who he could have had in mind):

B, in which Weerheym reveals his hatred of small people:

“[Y]ou cut that shit the fuck out bitch, [P]erth is a small place, who knows who the fuck you may bump into, groups of wankers like you are even smaller.”

C, in which Weerheym reveals that, in his opinion, Duck Monster is a rather successful antifa:

D, in which Weerheym declares his infatuation with Mathew Henderson-Hau (‘Darp’):

“I would watch my step [D]arpy, there are alot [sic] more [sic] bigger and badder people out there than me and you are doing a good job of pissing them off.

[T]he way you parade yourself around on the internet and in real life as if you are the almighty saviour against the evil evil [sic] non-left thinkers makes you a target and the more you do it, the more negative repercussions there could be.”

E, in which Weerheym continues to engage in masturbatory fantasies of revenge against Henderson-Hau, this time for daring to regard Claire Forlani as attractive:

“Darp, how dare you even dare [sic] to think about Claire Forlani in a sexual nature [sic]. She is a great example of true [A]ryan beauty and something that mongrel Maori Jews should never infect with their disgusting mis[c]egenation. If you are so proud of who you are, go for your own type and keep the hell away from our beautiful women. [Y]ou polluted mongrel pig.”

F, in which Weerheym conveys his incomprehension at the meaning of the expression ‘Every dog has its day’. And how much he hates Jews:

“[D]arp, you really are a mentally defective mongrel. Remember, every dog has it’s [sic] day and you ol’ buddy, are just that DOG. Good idea to keep your head down on Hitler[‘]s birthday, actually, probably a good idea to keep it down permanently. The right is getting ever stronger and there is NOTHING you can do to stop it, except for ranting like the neurotic little school kid you are. RAUS JUDEN!”

G, in which Weerheym champions the use of gas chambers against his opposition:

“I am not a National Front member but they have my support! [I]nto the shower block with you!”

H, in which Weerheym settles on lynching as an appropriate response to criticism of his fascist politics:

“[A]hhhh the need for a shot gun, guess some rope and a tree will do the trick.”

I, in which Weerheym reveals that he has a rather disturbing sense of humour; one which regards the deaths of millions of African men, women and children from the AIDS pandemic as being worthy of celebration:

“[L]isten here you fuckin[‘] ugly rock ape. I meant if you were born in NZ or born in a slum somewhere in Africa where your relatives still are – where you should still be. Go back to Africa and die of AIDS, just like the rest of you are! [H]ahahaha.”

“Keep on moaning about white skinheads as you hide behind you[r] computer screen, you puny little ugly gooks get the shit stomped out of you – and that[‘]s just for fun!”

“[S]hut the fuck up nigger, you have no right to speak. Get back outside and clean out the chook house before [you] get lynched boy!

[…followed by a picture of two black men being lynched…]

“I want to shake the hands of the guys that did this! Whether or not they ARE NF members or have just bought a shirt is another story, NF members do not go out of their way for trouble against niggers like this while wearing NF shirts. Perhaps next time the victims will be you faggot loving wannabes.”

TO THE OVENS WITH YOU!”

I rest my case.

iii) Rather stupidly, Weerheym attempts to downplay his involvement in a series of racist grafitti attacks against a Chinese restaurant, a (Jewish) synagogue, and a (Jewish) kosher food store in Perth in July 2004: “Not at any stage was I responsible for any… vandalism… Under duress, I was responsible for driving one of the vehicles at the time of these events…”

The facts: on trial in August 2004, Weerheym plead guilty to 9 counts of wilfully and unlawfully damaging property, one of five men — members of the neo-Nazi ‘White Devils’ gang — to be convicted and sentenced by the courts in relation to the same string of offences. However, while the other four Übermensch received custodial sentences, Weerheym received a sentence of six months and one day (suspended for 12 months) on the grounds that he was ‘only’ the getaway driver.

Significantly, Weerheym lied to the court about his previous membership and promotion of the Australian Nationalist(s) Movement, a neo-Nazi terrorist organisation which Weerhym once described as “the most effective, organised, active and above all premier nationalist/pro-white organisation in Australia”: “Weerheym’s lawyer, Michael Tudori, told the Perth Magistrates Court Weerheym was not interested in the ANM and had not wanted to take part in the graffiti”.

The funny thing is, Weerheym has already publically admitted to the deception. In an email on the fascist Austnewnation forum on November 11, 2004, he wrote: “Basically I said those things in court to keep me out of jail and it worked…”. He even provides clarification in relation to his issuing of an insincere ‘apology’: “The only people I did say sorry to is the old ladies in the war widows[‘] retirement village… I never apologized to the Jews or the pro-multicult cronies”. 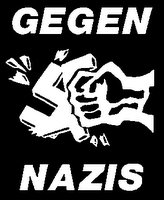 iv) According to Weerheym, the only possible explanation for the appearance of the terms “oily dune coons”, “sand niggers” and “Asian invasion” or any other racial slurs on his blog is because he maintained an open slather policy on his comments. Weerheym, on the other hand, would never dare to use such expressions.

I live in Melbourne, Australia. I like anarchy. I don't like nazis. I enjoy eating pizza and drinking beer. I barrack for the greatest football team on Earth: Collingwood Magpies. The 2023 premiership's a cakewalk for the good old Collingwood.
View all posts by @ndy →
This entry was posted in Anti-fascism, Media. Bookmark the permalink.