a message from the iron sheik

“I am disgusted that a white supremacist website (sponsored by Ben Weerheym) based in Australia profiled my picture and linked to my website. I refuse to be used for such nefarious purposes as white, Christian chauvinism, which is the enemy of the message I spread. I also unambiguously reject their anti-Jewish agenda, as well as their clear antagonism to people of color. To think that Palestinians fighting for their liberation have common cause with them shows their own desperation and irrelevence. Such fringe groups, we have to remember, are just as anti-Arab as they are anti- any other group. Though they are fringe, as the beatings near Sydney last year show, anti-Arab racism is far too prevalent to take such hate groups lightly.

I applaud those opposing fascist, ultra-nationalist groups — whether in the form of Australian hate groups, South American cartels, Arab dictators, American Neo-Cons, or Israeli leadership. Keep up the good work.” 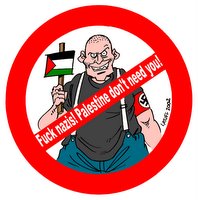 Note: “Using hip-hop as his medium, the Iron Sheik relays informed views on the Palestinian movement for independence, the war on terrorism, US foreign policy in general, the Arab world, and growing up Arab-American. Since releasing his first [brilliantly-titled] album, Camel Clutch (2003), he has toured nationally, and performed internationally.”

And he’s not the only one.

“Across the Gaza Strip, West Bank and even in Israel, young Arabic rappers are trying to juggle Middle East traditions with contemporary Western culture to create a political voice for their generation…” 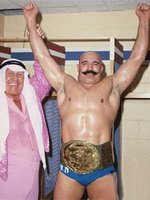 Oh, and here’s a picture of one of my two all-time favourite professional wrestlers: the (other) Iron Sheik! The Iron Sheik’s favoured message? “USA hack-ptooey!”