I’m from ASIO, and I’m here to help 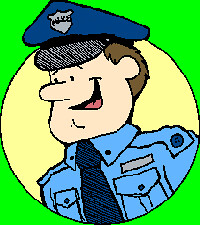 The Australian Security Intelligence Organisation (ASIO), via numerous links, both institutional and informal, constitutes an integral part of the intelligence network incorporated into the UK/USA repressive state apparatus. And, like its counterparts in the UK (MI5) and the US (FBI), ASIO too has a long history of engaging in political repression, most often directed at the left, but currently targeting the Muslim population. Neither ASIO’s history nor its current practices have gone unnoticed however, and, at a time when new, highly authoritarian ‘anti-terrorist’ laws are being promulgated, ASIO is coming under increased public scrutiny and popular political pressure. In fact, the illiberal nature of these laws is such that even members of Howard’s own Government have made various squeaking noises in opposition — a not very integrous stance, but one which at least reminds Us, and possibly even Them, that the real liberal philosophical tradition is something more or other than a tradition to be invoked only when convenient.

In response to growing public unease and tepid criticism from elites, and in a rather obvious PR exercise, the organisation’s current boss, Paul O’Sullivan, has recently publicly stated (May 4) that ASIO has been cooperating with police agencies, Federal and State, to investigate the ‘race riot’ in the beachside suburb of Cronulla, NSW in December last year.

Despite being treated as such, this is not ‘news’. In fact, given the disastrous consequences of the Cronulla ‘riot’ (read: cowardly bashings of those deemed to be of ‘Middle Eastern appearance’ by drunken racist yobbos), especially for Australian business — the education and tourism industries in particular — as well as the support and encouragement given to such actions by those on the racist fringe — James Saleam and Australia First, its ‘youth’ wing the Patriotic Youth League (led by Luke Connors), Welf Herfurth and Blood & Honour, and a number of (supposedly) unaffiliated individuals such as Robert Roach and Andrew Sanders — it’s not surprising that O’Sullivan has felt compelled to issue such a statement. The fact that Sanders’ demonstrable links to fascist and neo-fascist groups in Australia somehow managed to escape the prosecution’s attention, however, suggests that the quality of ASIO’s monitoring of the racist right leaves something to be desired.

When one thinks of all the thousands of villains going about the world in the pay of all governments — and very often well paid for their villainies — of the traps they lay for all sorts of artless people, of the vast sums of money thrown away in the maintenance of that army… one cannot but be appalled at the immensity of the evil which is thus done.

— The Anarchist formerly known as Prince Peter Kropotkin, Memoirs of a Revolutionist, 1899

And does anyone remember Echelon?

I live in Melbourne, Australia. I like anarchy. I don't like nazis. I enjoy eating pizza and drinking beer. I barrack for the greatest football team on Earth: Collingwood Magpies. The 2023 premiership's a cakewalk for the good old Collingwood.
View all posts by @ndy →
This entry was posted in Anti-fascism, State / Politics, War on Terror. Bookmark the permalink.