“We are such stuff… As dreams are made on” 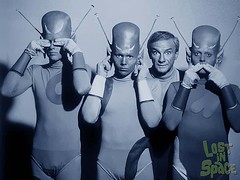 I wrote a letter to DreamHost the other day.

They opened it; read it; and concluded I was a sucker.

You provide hosting facilities for redwatch.info

Over a week ago, on May 16, in Poland, a young Polish anti-fascist was attacked, pepper-sprayed and knifed by two neo-Nazis. Prior to this vicious and cowardly attack, the young man in question was profiled on the site: a site which is dedicated to publishing the names, descriptions, photographs, addresses (both home and work) and any other details that may be discovered by fascists and neo-Nazis in Europe regarding those who do not wish to see Poland, or Europe, revert to fascism.

I politely request that you explain why you choose to support the publication and dissemination of such information, information which, when acted upon by its target audience, has almost resulted in one man’s death.

I received the following in reply:

DreamHost strongly believes in the [F]irst [A]mendment of the Constitution of the United States, which guarantees its citizens freedom of speech and freedom of the press, among other things (both of which can apply to websites). We made a business decision long ago to value freedom of speech above any potential offense someone might take over the content of a site hosted by us.

I imagine that this is a form letter: one sent to anyone who might complain in a fashion similar to myself. Fairly certain that I would be wasting my time, I decided to reply in any case.

Thank you for your reply. I suspect that nothing I write will make the slightest difference to you or to DreamHost. Nevertheless…

“Congress shall make no law respecting an establishment of religion, or prohibiting the free exercise thereof; or abridging the freedom of speech, or of the press; or the right of the people peaceably to assemble, and to petition the Government for a redress of grievances.”

So reads the First Amendment of the US Constitution. As would seem obvious, this places (theoretical) restrictions on the ability of the US Congress to pass certain kinds of laws, viz:

those which would have the effect of elevating any particular religion to the status of a ‘state’ religion (aka the doctrine of the separation of Church & State) or, alternatively, the prohibition of any particular religion or religious practice (leaving aside the tricky question of what constitutes a ‘religion’ and what practices may be legitimately ascribed to it; a question for which there is a long history of jurisprudence);

those which would have the effect of abridging/restricting (literal, spoken) freedom of speech, or of the press (publishing — obviously, including the Internet);

DreamHost’s “belief” or otherwise in this Amendment is irrelevant. It exists, as do the mechanisms for its legal enforcement (the US State). In other words, I do not dispute DreamHost’s legal entitlement to receive money in exchange for the provision of services, up to and including such services as webhosting for redwatch.info.

DreamHost is therefore — theoretically, at least, under the provisions of the First Amendment, and irrespective of each and every other US law — at liberty to allow for the publication of — literally — any form of any speech of any kind.

‘Sam X is a DreamHost employee. S/he lives at [this address], works at [this address], looks like [this], drives a car with [this registration], [etc., etc., etc.,]. S/he is a filthy dirty [gay / lesbian / leftist / Jew et. al.] who must be killed, and the following describes the best method for doing so without getting caught [blah blah blah]. We at [such-and-such an organisation] urge you to distribute this information as widely as possible, and wish to thank our webhost [Nightmare Inc.?] for their business sense in allowing us to do so’.

Obviously, this is a nightmare scenario. But, crucially, one that is legal. (Again, under the provisions of the First Amendment, and irrespective of each and every other US law.)

One question that might be posed at this point is: would Sam X be potentially ‘offended’ by this? Or would Sam X — depending on the nature, accuracy and origin of such information — have legitimate grounds for concern over their safety?

What if Sam X was not in fact the first employee of DreamHost to be targeted in this fashion? Further, what if, in the past, other employees of DreamHost had been similarly targeted, and perhaps even murdered (possibly by having a knife driven into their back) by someone acting, consciously and deliberately, on the basis of this information?

In such circumstances, would the webhost in question have any ethical obligation to ensure the removal of such content from their site?

I also think that such a scenario is roughly analogous to the one which prompted me to write DreamHost, requesting the company’s considered response.

Which prompts [my] second question: would a morally justifiable response on the part of the webhost in question be: we “believe” this activity to be legal, and in any case, we are paid an extremely minimal sum of money to provide such a service?

I don’t think so.

Finally, inre to ‘freedom of speech’: the First Amendment makes legally possible various forms of speech; crucially, however, it does not mandate them. In other words, DreamHost is under no legal obligation to provide neo-Nazis with a means with which to allow adherents to their ideology to hunt down and kill their opposition. This is, in fact, a choice.

PS. If I am completely wasting my time in engaging in any further correspondence, please feel free to let me know.

Some discussion — and a much more elaborate justification of DreamHost’s decision to contribute to the circulation of information regarding the identity of antifa, as well as numerous other (principally legal) ancillary issues — is available for perusal on the DreamHost Forum.

Oh, and I just got this reply from Sam / DreamHost:

But somehow or other, I don’t believe that this is the end of the matter.

What do you think? 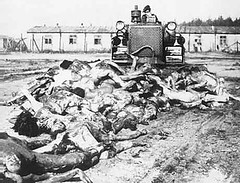 :: Above : The results of another business decision made long ago… ::