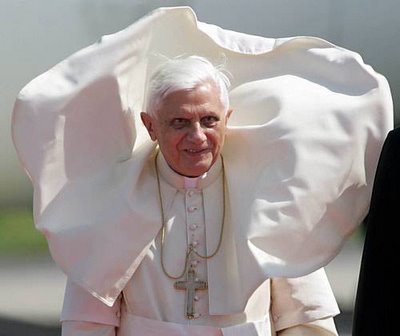 The Frill-necked Lizard, or Frilled Lizard also known as the Frilled Dragon, (Chlamydosaurus kingii) is so called because of the large ruff of skin which usually lies folded back against its head and neck. The frill is supported by long spines of cartilige, and when the lizard is frightened, it gapes its mouth showing a bright pink or yellow lining, and the frill flares out, displaying bright orange and red scales. The frill may also aid in thermoregulation.