[Below is an account by Jock Palfreeman of recent assaults by Sofia prison guards on imprisoned asylum seekers and others. On July 25 NYC ABC is holding a meeting to discuss Jock’s case; on July 27 MAC is holding a benefit gig to raise funds for the Bulgarian Prisoners’ Rehabilitation Association (of which Jock is Chairman).] 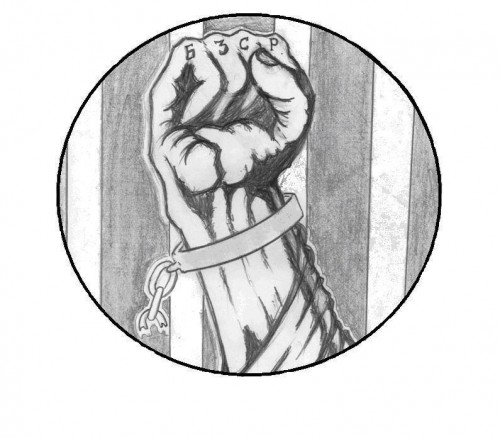 On the 6/7/14 at 8.30am the guard Peter Petrov performed the morning roll call, he entered Cell 11 and started shouting in Bulgarian, a language no one present understood. As the roll call finished for that cell he then started to assault a mentally ill man from behind as he was not moving fast enough. The mentally ill man is about 45kgs, about 55 years old and a citizen of Comoros. He then retaliated and slapped the guard back after the guard Peter Petrov hit him and kicked him again, the guard came at the Comoros Islander again and the African took a chair to keep the guard away from him. Three other guards came and only saw the Comoros islander with the chair and so they beat him too. Peter Petrov then ran out of the cell, locked all the cell doors and called for “assistance”. Forty guards came from two work shifts, from the Saturday evening shift and the incoming Sunday day shift (as now shifts are 12 hours). The forty guards summarily beat everyone in the cell – the man from Comoros, four Afghanis, one Pakistani, one Dutch man and an Algerian. They were not resisting in any way and most of the wounds inflicted by the guards are on their backs as they tried to cover their faces on the ground. All of these victims are incarcerated for illegal border crossing: they are all asylum seekers.

The man from Comoros was most badly beaten, with a cut face, bleeding eye, bleeding nose, cut lips and swollen and cuts and swelling to his head. All over his body was covered in welts from the batons. The Pakistani too had welts and pink bruises as did the others in perfect shapes of batons; the Pakistani received a cut head and several of the Afghanis, apart from the welts on their backs and forearms, had black and bleeding eyes. The seven men were beaten with batons, boots; they were stomped, hit and hit into walls and the ground.

The beating continued for about 20-30 minutes. The guards then indiscriminately started to break furniture used by prisoners for playing cards in the corridor.

After the bulk of the guards left, the guards called the prisoners Hisham Karmo and Budimir Kjovic, a Syrian national and a Serbian national. Together with the guards they wrote witness statements or “explanations” for the victims and intimidated the victims to sign the statements. The victims were told if they complained they would get extra prison sentences and that the guards would beat them again.

Only the man from Comoros was allowed to see a doctor. As the official version of events did not include the other seven victims as having been assaulted they were not permitted to see a doctor for the entirety of Sunday. At 8.30pm the guards changed shifts and again the new guards would not allow the other 6 victims to see the duty doctor. On the same day as the assault the victims came to me (Jock Palfreeman) as the chairman of the Bulgarian Prisoners’ Association and as a known human rights activist and asked me for help. I immediately called the Bulgarian Helsinki Committee to inform their chairman Krassimir Kanev of the assault and he supplied valuable legal advice as to how to proceed.

With prisoners acting as translators the victims wrote real statements testifying the details of the assault free of intimidation by the prison’s auxiliary bullies. We brought many prisoners together and discussed how to proceed. Many prisoners supported the victims and we promised to support the victims if any prisoner working for the prison administration tried to intimidate them or use physical violence to silence them.

On 7/7/14 (the next day) members of the Bulgarian Helsinki Committee came to meet with the victims. They took their statements and conveyed an official complaint to the prosecutor’s office. The members of the Helsinki Committee then personally escorted the victims to the prison infirmary and supervised as medical injury reports were written, although copies of said medical reports were not made or given to the victims or their representatives.

The evening of the 7/7/14 the guard Peter Petrov was returned to work in 10th and continued his attempt to intimidate me, Jock Palfreeman, as he had been informed of my complaint against him the previous Wednesday (on 2/7/14), after he assaulted me by kicking me with his boots, hitting me with a large metal key, pushing and pulling me in an attempt to provoke physical confrontation. However I did not react as the man from Comoros did; had I, I would have suffered the same fate as the other victims. I realised that this guard is highly violent and dangerous.

Whether it was his character or he was a racist or he was drunk or on drugs no one could say but I realised after he assaulted me on two separate occasions that the assaults would continue and only get worse. So on the 3/7/14 I sent a complaint to the Director of the prison Peter Krester and a request to have this violent and dangerous guard moved from our block.

No measures were taken and the guard Peter Petrov four days later subsequently attacked the man from Comoros and instigated the mass assault on the other seven victims.

I, Jock Palfreeman, have now again become a target of Peter Petrov, the guard and as of the date of writing this, 9/7/14, the prison authorities have failed to take any measures to prevent the guards from assaulting prisoners or to protect me or the other 8 victims.

The assault on the 8 men was extremely vicious and so I started the explanations from that point as opposed to the first assaults upon myself.

On the 10/7/14 (Thursday), the guard Peter Petrov was moved to a different part of the prison.

On the 14/7/14 representatives from the Ombudsman’s office entered the prison to conduct an investigation into the mass assault, they met with the victims and witnesses and briefly with myself.

On the 17/7/14 the state prosecutor met with the victims to collect their statements from them personally.

The continued pressure and intimidation from the prisoners Budimir Kjovic and Hisham Karmo upon the victims to give false testimonies is a continuing concern, not to mention their attempt to also intimidate me into not showing solidarity to the victims. It’s just another example of mafia criminals working with the state apparatus of oppression. The prison allows these bullies to continue their drug businesses within the prison, the prison staff take a cut and in exchange it is in their interest to protect the prison administration and guards as they provide the protection for their business.

There can never be any compromise with violators of human rights and mafia!

I live in Melbourne, Australia. I like anarchy. I don't like nazis. I enjoy eating pizza and drinking beer. I barrack for the greatest football team on Earth: Collingwood Magpies. The 2023 premiership's a cakewalk for the good old Collingwood.
View all posts by @ndy →
This entry was posted in Anti-fascism, Broken Windows, State / Politics and tagged Bulgaria, Bulgarian Prisoners' Rehabilitation Association, Jock Palfreeman, Sofia Central Prison. Bookmark the permalink.