Come home tired, what a day I’ve had
News ain’t good from Stalingrad
I’ve been busy protecting the German race
So come on baby, defecate on my face

(Chorus) : So, come on baby, send it on down
Bend over Braun and gimme your brown
There’s trouble brewing in the Warsaw Pact
So hurry up Eva and move your digestive tract
Defecate on my face (x8)

Get to the bunker, looks like a stye
Turn on the TV, it’s all one big lie
Here, Eva, have these prunes to chew
We have ways of making you poo

Here come the Russians, it’s near the end
Proud to say that my girl, never used an S-bend
What’s that, Eva? Your bowel is on strike?
Then it’s all over, for my Third Reich 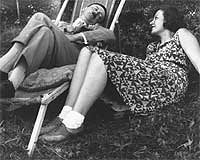 It was a relationship built on kinky sex that ended with a bullet 75 years ago. Police decided Geli Raubal had committed suicide. But evidence suggests she was…

THEY found her face-down in a pool of blood, her red-stained nightdress pierced by a single bullet through the heart.

It is 75 years this week since the body of Hitler’s niece Angela “Geli” Raubal was discovered by servants at the Fuhrer’s Munich apartment.

Her death, by a bullet from the Nazi leader’s own pistol, was recorded as suicide. But there is compelling evidence to suggest the pretty 19-year-old – with whom Hitler was having a secret affair – was the first victim of the tyrant who would be responsible for the deaths of more than 50 million people.

Pro-Nazi police closed the case without an inquest or autopsy, while Geli’s body was quickly taken out of the country and buried in Vienna.

But the young woman who had captured the Fuhrer’s heart was seemingly in no mind to end her life on the night of September 18, 1931.

In fact the normally bubbly Geli was in the middle of writing a cheerful letter to a friend when, according to the official version of events, she put a gun to her chest and pulled the trigger.

Sixteen months later, Hitler became supreme ruler of Germany, and no one was allowed to breathe Geli’s name ever again.

The affair began after Hitler asked his destitute half-sister, Angela, to be his housekeeper at his mountain retreat in Bavaria.

She brought her two daughters and within months Hitler had fallen in love with the elder girl, a spirited, flirtatious 19-year-old brunette who called him “Uncle Alf” and became his constant companion.

To get Geli away from her mother’s watchful eye, Hitler moved her to his Munich apartment under the pretext of Geli studying medicine.

Hitler was madly jealous and and gave her no privacy or freedom but, while he was away, Geli still managed to spend nights with men, including Hitler’s chauffeur, Emil Maurice.

Geli confided to men she slept with, including Nazi boss Otto Strasser, that Hitler was frequently incapable of sexually satisfying her. He would make her undress and then he’d lie down on the floor so he could examine her closely, before demanding that she urinated on him.

She once confided to a friend: “You’d never believe the things he makes me do.” 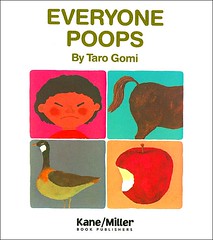 By 1931 Nazi party chiefs were growing increasingly uneasy about Hitler’s relationship with his niece. The party was on the verge of a major breakthrough and a scandal would have wrecked Hitler’s chance of supreme victory. At the same time, Geli, now 23, was becoming increasingly frustrated after Hitler had refused to let her go to Vienna to study music.

On Friday September 18, 1931, Hitler was due to leave Munich, where the Nazis had their headquarters, for a rally in Hamburg.

Neighbours claimed to have heard Geli shouting to Hitler from their second-floor balcony as he was getting into his car. Hitler shouted back: “No. For the last time, no.” Geli shut herself away in her bedroom.

Next morning servants broke open the door and found her body. No one knows what they found or what they did before they called the police, but they settled on the story that Geli had committed suicide because she was worried her voice was not good enough to be a singer.

When the Nazis came to power 18 months later, they were able to doctor police records to fit the story. Detectives found Geli in a blue nightdress, lying face-down on the floor. Her arm was stretched towards Hitler’s Walther pistol on the couch. She had bled from a bullet hole over the heart which had pierced her lung.

On the table was a letter to a girlfriend which ended in the middle of the word “und” – German for “and”: “When I come to Vienna – hopefully soon – we’ll drive together to Semmering an…”

From the rigor mortis, the police doctor placed time of death as the previous evening but there was no inquest.

The bullet had entered above the heart and lodged in her lower back at hip level, meaning the gun had to be pointing downwards and the hand holding it higher than her heart – a strange way to commit suicide. None of Hitler’s servants admitted hearing a shot but they soon began to contradict themselves. Three different people claimed to have broken down Geli’s door.

At the time, the anti-Nazi Munchener Post reported that Geli’s nose had been broken and there were other injuries. There were also stories that Geli was pregnant.

Geli was given a Catholic burial, even though to bury a suicide in hallowed ground was against church rules. The priest, Father Johann Pant, wrote to a French newspaper in 1939: “They pretended she committed suicide. From the fact I gave her a Christian burial you can draw your own conclusions.”

Hitler said he was 100 miles away in Nuremburg when he heard the news of Geli’s death, but at least one police investigator believed he was in the flat when the fatal shot was fired.

He wanted to charge Hitler with Geli’s death but was overruled by pro-Nazi officials.

FRITZ Gerlich, a German journalist, claimed that, instead of leaving that Friday, Hitler had dined with Geli in a restaurant and that Hitler, who seldom touched alcohol, drank beer.

When they went back to the apartment, there was a row and he shot her.

Gregor Strasser, once Hitler’s confidant, claimed he had to stop Hitler committing suicide after he’d shot Geli. Gerlich, Strasser and Strasser’s lawyer, who held his private papers, were killed when the Nazis settled political and personal scores in the infamous Night of the Long Knives in 1933. So too was the owner of the restaurant where Hitler and Geli may have had their last meal.

Two years earlier Hitler had written to Geli, explicitly detailing his sado-masochist perversions, which fell into the wrong hands.

Father Bernhard Stempfle, a friend of the Fuhrer who managed to buy it back and return it to him, was also murdered in the Night of the Long Knives.

Whether or not Hitler shot Geli, he came close to a nervous breakdown after her death. “Geli’s death had such a devastating effect on Hitler it changed his relationship to everyone else,” said his deputy, Hermann Goering. 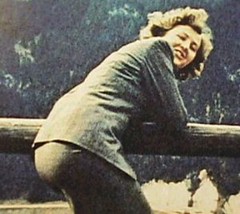 By the time he had become Germany’s supreme leader Adolf Hitler was married, but Eva Braun would never take Geli’s place in his heart.

On a table beside the body was a letter to a girlfriend, ending in the middle of the word “and”

On a spring afternoon in 1930, Hitler wore his favorite uniform when Geli Raubal came for a visit: black trousers and a khaki military lounge jacket without insignia. Geli dished him up his favorite meal, a porridge soup made of flour, butter and caraway seeds seasoned lightly with salt and vinegar. When finished with his soup, Hitler gazed longingly at Geli, a pretty blonde 17-year-old, his half-niece. (Geli’s mother was Hitler’s half-sister.)

Hitler, who had been involved with Geli for about a year, moved next to her, put his arm around her and asked her to do something. “Oh, Uncle Alfy, I don’t know, that’s so disgusting.”

But Hitler always got his way. Geli complied. Hitler took off his uniform and stretched out naked on the floor. Geli squatted over him, pissed on his chest and then took a dump on the face of the Fuehrer.

Millions would have loved to do the same.

Did this happen? Historical evidence suggests Geli and some other frauleins treated Hitler to golden showers, and maybe a brown out or two… 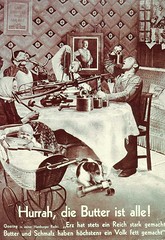 “There’s today a really spiritual quality in the willingness of Germans to devote themselves to the well-being of the state.”

I live in Melbourne, Australia. I like anarchy. I don't like nazis. I enjoy eating pizza and drinking beer. I barrack for the greatest football team on Earth: Collingwood Magpies. The 2023 premiership's a cakewalk for the good old Collingwood.
View all posts by @ndy →
This entry was posted in !nataS, Anti-fascism, History, Sex & Sexuality. Bookmark the permalink.