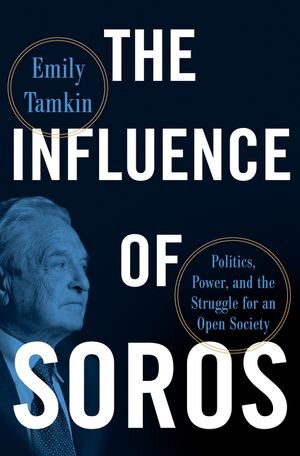 On this week’s episode of Yeah Nah, we talk to Emily Tamkin [Twitter], writer and author of The Influence of George Soros: Politics, Power, and the Struggle for an Open Society (Harper Collins, 2020). Emily is the US editor of New Statesman, and wrote Anti-Semitism in the time of Trump (‘How hatred and conspiracy have been normalised in American political life’) for the zine in October.

OANN has been energetic throughout Trump’s presidency in pushing any narrative that might favor his interests, including numerous baseless conspiracy theories. They gave credence to every signature Trumpist falsehood: that George Soros both funded a so-called refugee “caravan” and collaborated with Nazis as a teenager; that there was no chemical weapons attack in Douma, Syria, in 2018; that Parkland mass shooting survivor David Hogg had been “coached” for his media appearances by his father, a former FBI agent.

I live in Melbourne, Australia. I like anarchy. I don't like nazis. I enjoy eating pizza and drinking beer. I barrack for the greatest football team on Earth: Collingwood Magpies. The 2021 premiership's a cakewalk for the good old Collingwood.
View all posts by @ndy →
This entry was posted in !nataS, Anti-fascism, Broken Windows, History, Media, State / Politics, That's Capitalism! and tagged 3CR, Emily Tamkin, George Soros, The Influence of George Soros, Yeah Nah Pasaran. Bookmark the permalink.